The 2018 FIFA World Cup is scheduled to take place in Russia from 14 June to 15 July. It will be the 21st Fifa World Cup, after Russia was awarded the hosting rights on 2 December 2010.

All of the stadiums are in European Russia, to keep travel time manageable for the teams in the huge country. Three of these stadiums were renovated and others would be newly constructed. The Luzhniki Stadium located in Moscow and The Saint Petersburgs are the two largest stadiums in Russia and those are going to be used the most, with 7 matches each.

Moscow, the capital city of Russia 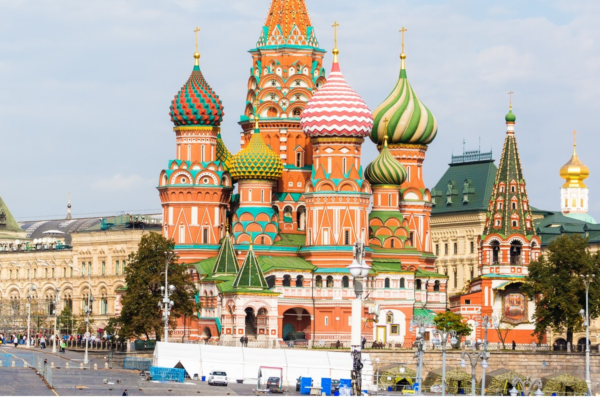 Moscow is the capital and most populous city in Russia. This city is recognized as a Russian federal city. The 1980 Summer Olympics was a international event which was held in Moscow and in 2008 took place Chapions League Final.

The national stadium of Russia is the Luzhniki Stadium which is located in its capital. This stadium has a total seating capacity of 81,000 and this features makes it the largest football stadium in Russia and is considered as on of the largest in Europe. 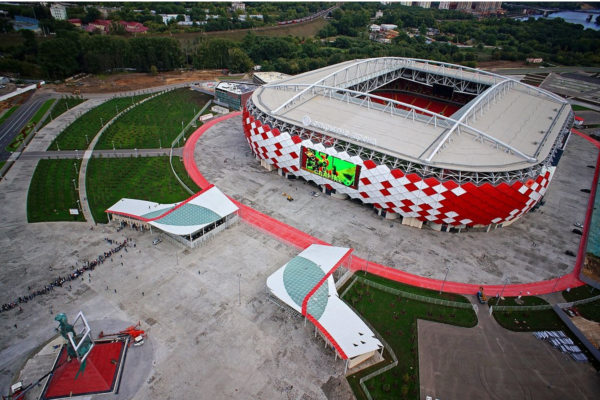 Otkritie Arena is a multi-purpose in Moscow. The venue is used mostly for football matches. This stadium was designed for a capacity of 45.360 people. The stadium was officially oponed on 5 september 2014.

Saint Petersburg, Venice of the North 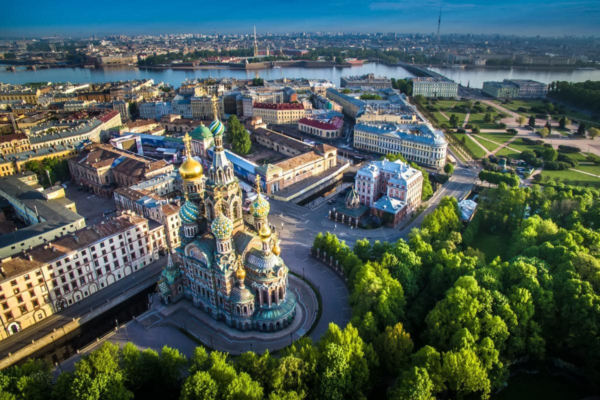 Saint Petersburg is the second largest city of Russia, with five million inhabitants. There's an important Russian port on the Baltic Sea. This city is also called Venice of the North because has canals comparing it to Venice, Italy. 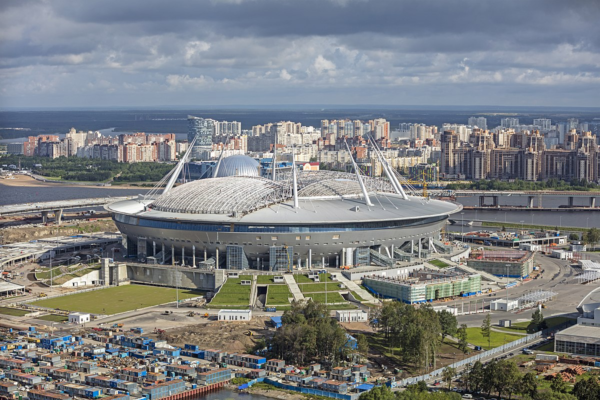 Krestovsky Stadium is officially Saint-Petersbug Stadium which is also called Zenit Arena. This stadium is a retractable roof stadium located in the western portion of Krestovsky Island in Saint petersburg. Krestovsky Stadium has a capacity of 67,000 people, it is considered one of the most expensive stadiums ever built. 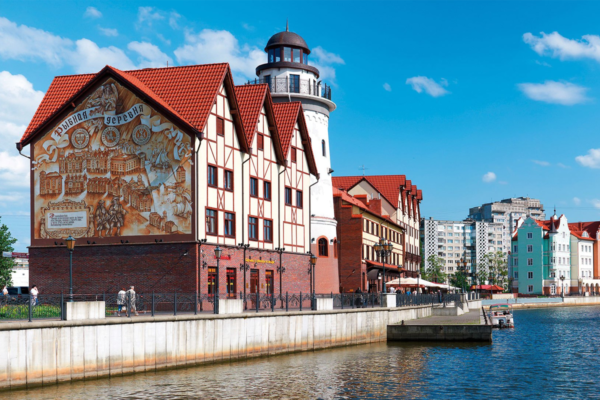 Kaliningrad is a Russian exclave between Poland and Lithuania on the Baltic Sea. It was heavily damaded during the World War II and its populations fled or was removed by force when it became a Russian city. 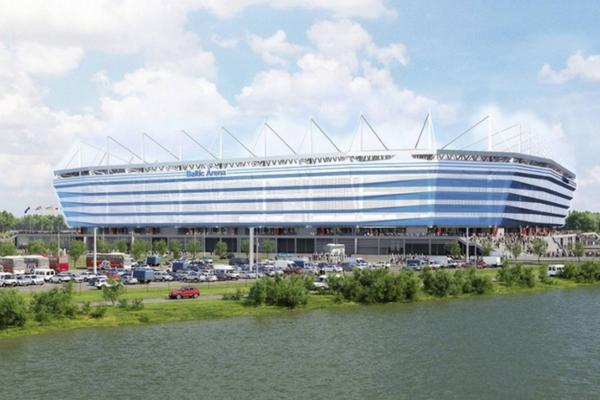 It will host some of the games of the World Cup, at least four of the matches. This stadium has a capacity of 25,000 seatings and part of the roof will be retracted. 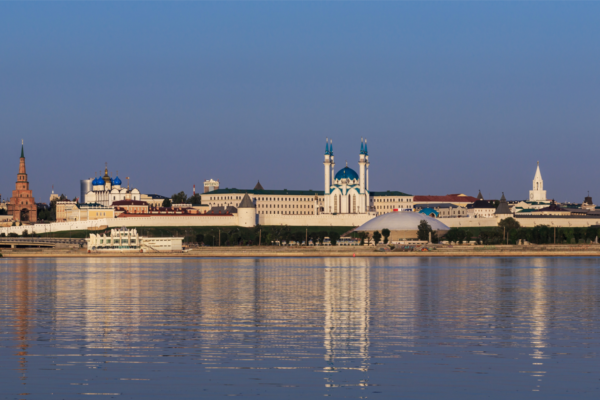 Vladimir Putin was born in this city, he is the actual President of Russia. 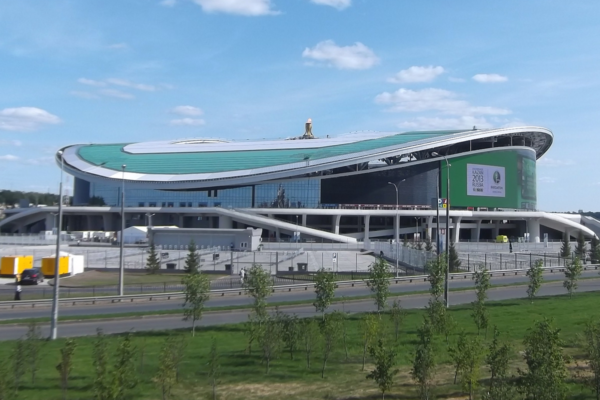 Kazan Arena is a stadium located in Kazan as its name says. The architectural concept has been designed by Populous, the stadium is a unique response to the local culture and place.

Nizhny Novgorod, he Pocket of Russia 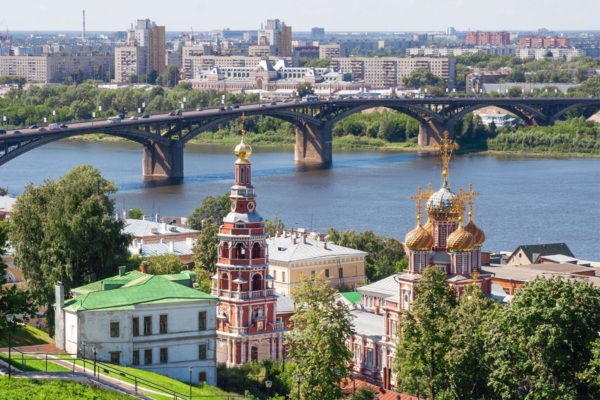 During the Soviet period, the city turned into an important industrial center. In particular, the Gorky Automobile Plant was construted in this period. The Kremlin contains the main goverment agencies of the city. 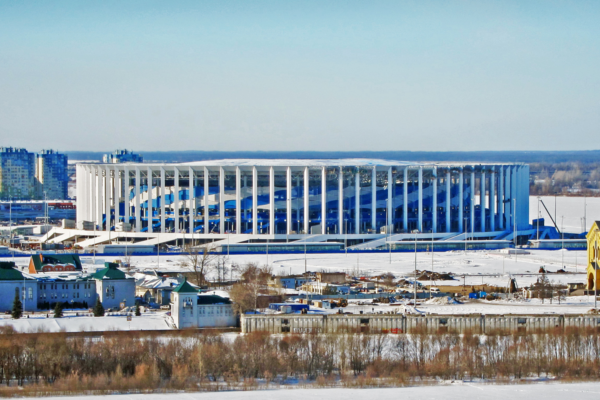 Nizhny Novgorod Stadium is a football stadium in Nizhny Novgorod, Russia. This is one fo the venues for the 2018 FIFA World Cup. This stadium will have a capacity of 44,899 spectators. 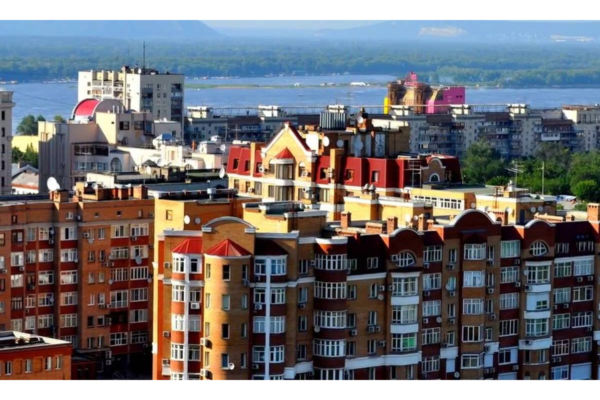 Samara started with a fortress built in 1586 at the confluence of the Volga and Samara Rivers. This fortress was a frontier post protecting the then easternmost boundaries of Russia from forays of nomads. Samara is one of the major industrial cities of Russia. 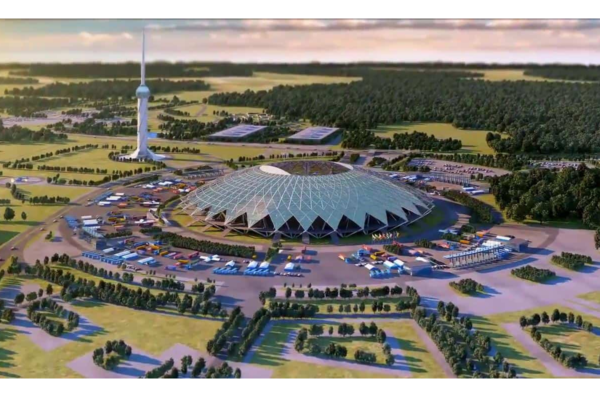 Cosmos Arena is a stadium located in Samara, Russia. It has a capacity of 44,918 spectators with a cost estimated at $320 million. 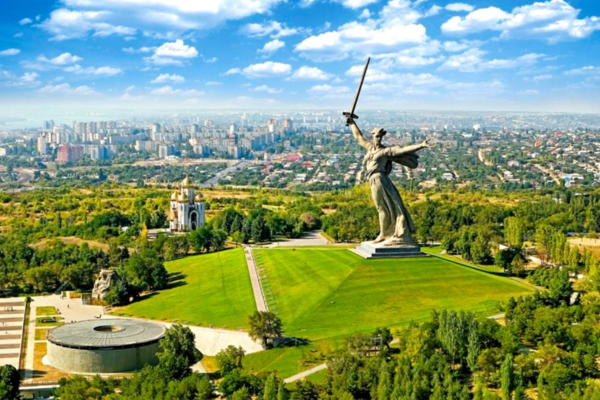 Volgograd is an important industrial city. They city became famous for its resistance during the beginning of the Battle of Stalingrad, followed by the surrounding and the capitulation of the German 6th Army during World War II. 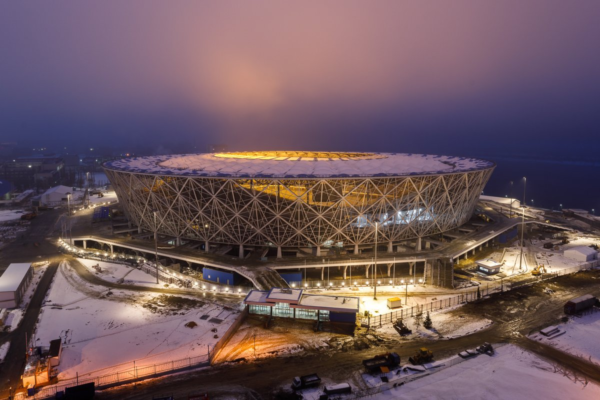 Volgograd Arena is one of the venues for the 2018 FIFA World Cup. It has a capacity of 45,568 spectators. The stadium was built on site of the demolished Central Stadium, at the foot of the Mamayev Kurgan. The previous stadium was built in 1958, this area was undeveloped. 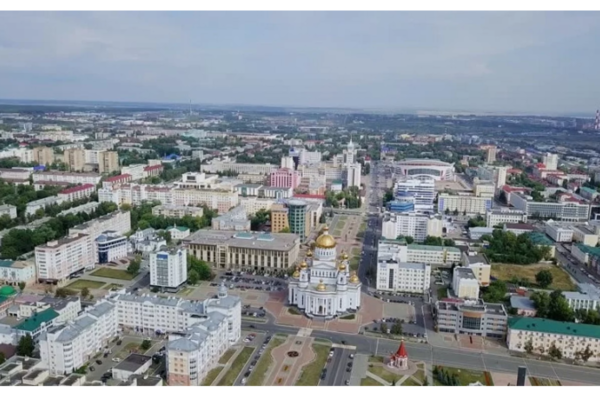 It is located in the Volga basin at the confluence of the Saranka and Insar Rivers, about 630 kilometers east Moscow. Soon after its founding, the city became an important trade for nearby Erzya villagers. 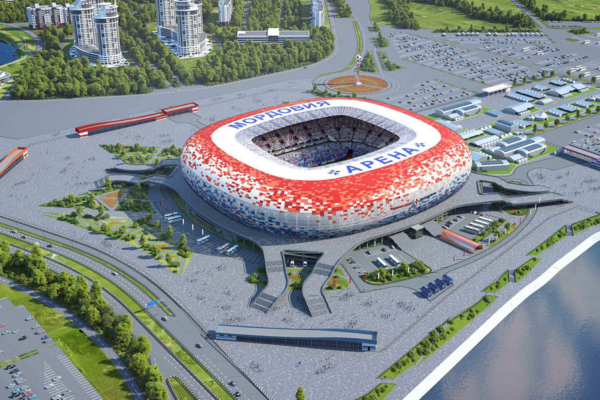 Mordovia Arena is located in Saranskk, Mordovia, Russia. It has a capacity of 44,442 spectators. The area where the stadium stands was in the past part of the village Posop which was incorporated to the city in 1958. 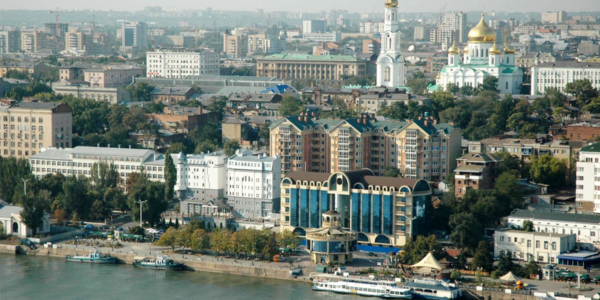 Rostov-on-Don is a port city and the administrative center of Rostov Oblast and Southern Federal Distric of Russia. The population is just over a million people with recent figures recorded as 1,089,261 (2010 census). 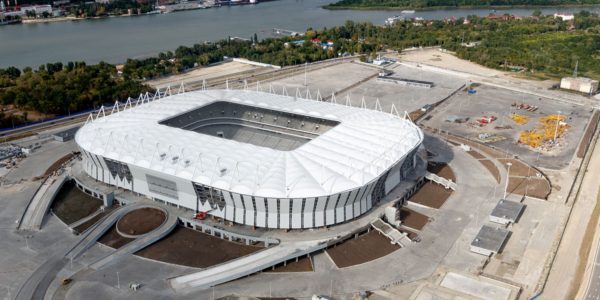 It also hostos FC Rostov of the Russian Premier League replacing Olimp. It has a capacity of 45,000 spectators. The final design for the new stadium was presented by Populous. 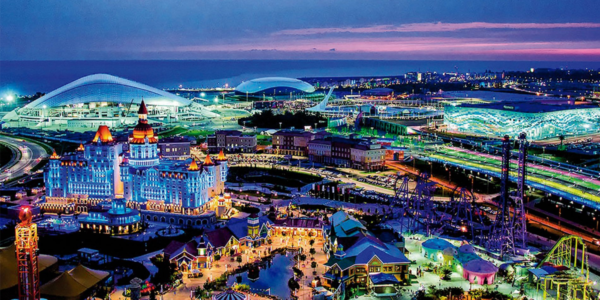 Sochi is a city in Krasnodar Krai, Russia, located on the Black Sea coast near the border between Georgia/Abkhazia and Russia. Being part of the Caucasian Riviera, it is one of the very few places in Russia with subtropical climate, with warm to hot summer and mild winters. 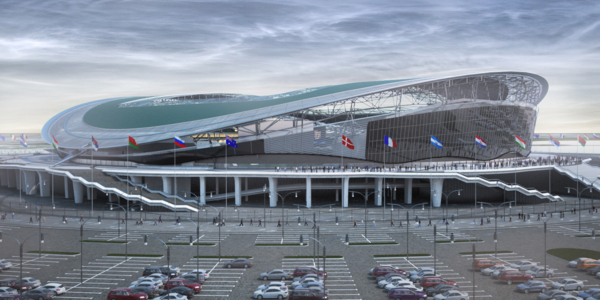 Fisht Olympic Stadium is a stadium located in Sochi, Russia. It is a outdoor stadium and it has a capacity for 40,000 spectators. 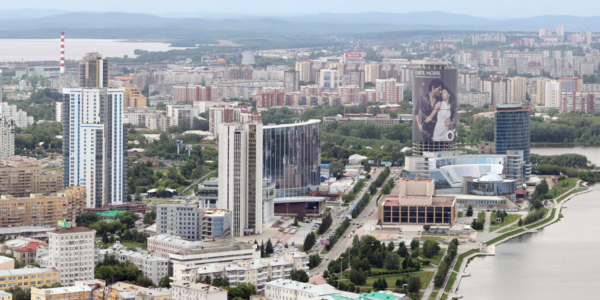 Yekaterinburg is the fourth largest city in Russia. This city was founded on November 18, 1723, named after the Russian emperor Peter the Great's wife, Yekaterina. 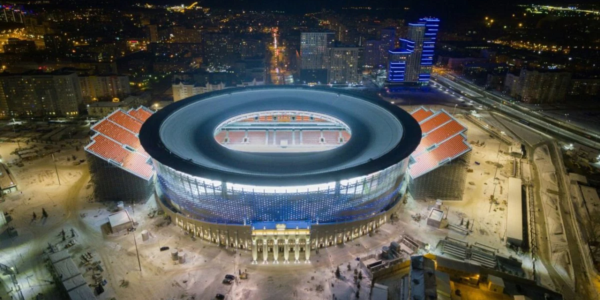 Central Stadium is a multi.purpose stadium located in Yekaterinburg, Russia. The capacity of the stadium is over 35,000.
Compartir este artículo
Mundo.com