What happened to these celebrities? You won’t believe how OLD they look now! - Mundo EN
Celebrity

What happened to these celebrities? You won’t believe how OLD they look now!

We all grow old, we know it… but growing old in the spotlight is hard. Aging gracefully takes a lot of skill and work, and aging gracefully in the business where looks are (almost) everything can make it harder. Add the crazy lifestyle of some celebrities and it makes it almost impossible.

While there are many celebrities who spend a lot of effort (and money!) to make sure they are aging as gracefully as possible, some celebrities have changed to the point where they are almost unrecognizable. Whether it’s a crazy lifestyle, bad plastic history or just some plain old bad luck, every time we look at these celebs we can’t help but wonder WHAT THE HECK HAPPENED?! 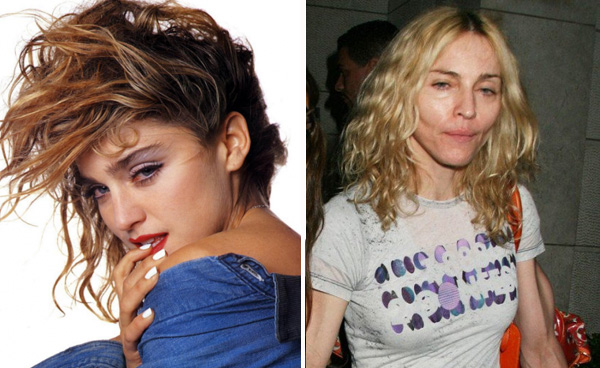 Imgur
Madonna was one of the hottest stars of the 80's and 90's, and while it's understandable the Queen of pop is now 58 year-old and looks older than before, she looks also tired AF. And what is going on with those cheekbones?! 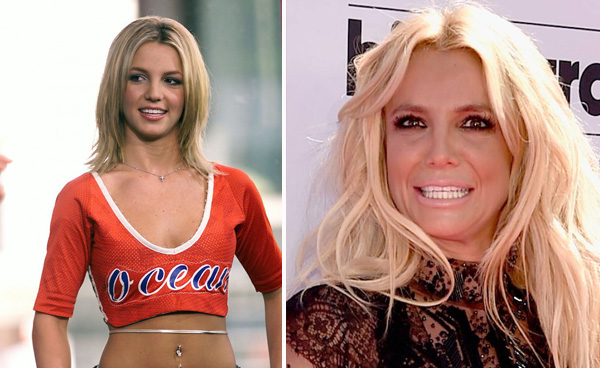 Reddit
It's not only the queen of pop who is looking rough these days. Britney Spears, also known as the princess of pop has gone through some NOTORIOUS ups and downs in her career and well, that has taken a toll on her appearance. The mother of two still works out and in time has recovered some of her fantastic figure, but her face cannot betray the crazy lifestyle she had a few years back. 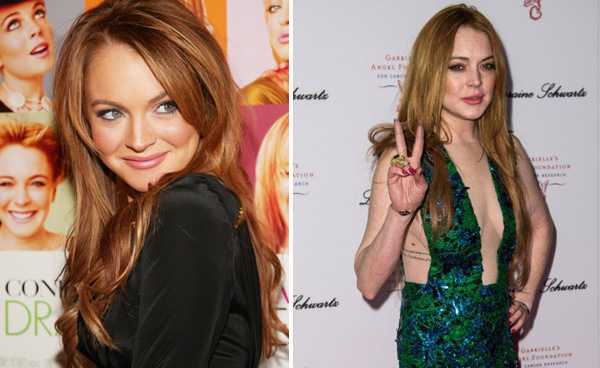 Reddit
Lindsay Lohan is only thirty years old. Thirty! Which in Hollywood years, with all those beauty treatments and fantastic makeup translates into looking like a fresh-faced twenty something. But Lindsay's crazy lifestyle and drug problems over the years have left her looking a LOT older than she actually is. 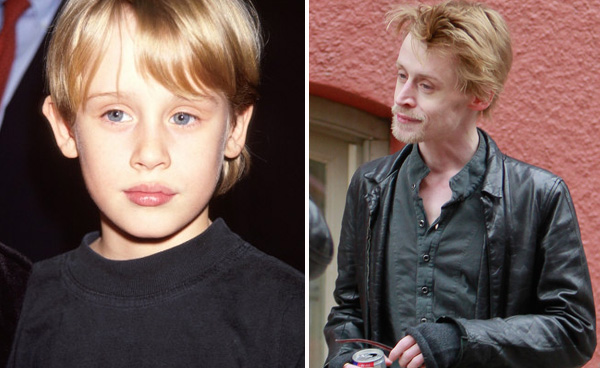 Imgur
We're not sure what went wrong here, as Macaulay Culkin was Hollywood's golden child for a while in the 90's. As he grew older he couldn't cope with the Hollywood lifestyle and moved out of the spotlight. While his looks could imply a serious drug addiction, it's highly likely he is just a regular thirty something guy who is not groomed to perfection. Still, compared to that perfect looking blonde kid, it's shocking. 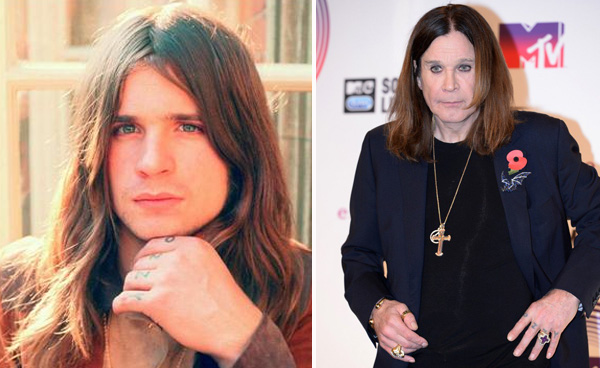 Reddit
Ozzy Osbourne is another of those celebrities whose crazy lifestyle during their peak days have left them looking extremely rough. The rocker, who was born in 1948 and was one of the 80's craziest celebrities is now looking slow and tired. He can still rock on, though.

Welcome to the Jungle 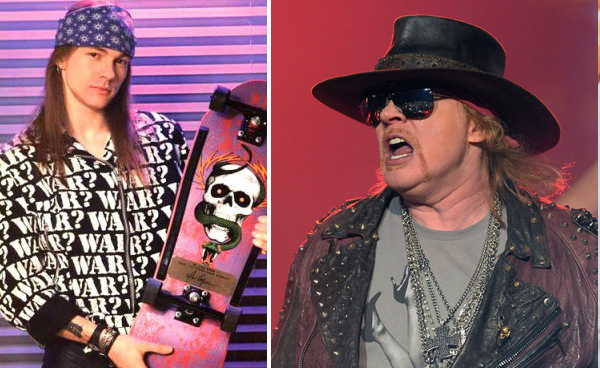 Reddit
In one of the most shocking cases of male plastic surgery gone wrong, Axl Rose is, at 54, looking like a VERY rough version of his previous self. And for someone who was one of the top heartthrobs of the 80's, that is saying something.

From action hero to action zero 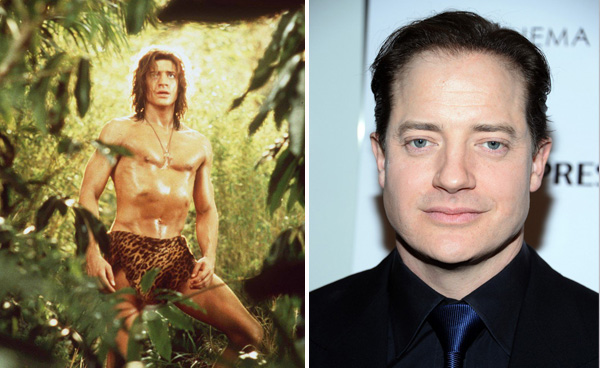 Reddit
While he was never truly considered one of the hottest actors out there, Brendan Fraser was during his peak years extremely good looking (did you see him in George of the Jungle? cute!). He's kind of let go lately, gaining some weight and losing some hair. Still a great actor though. 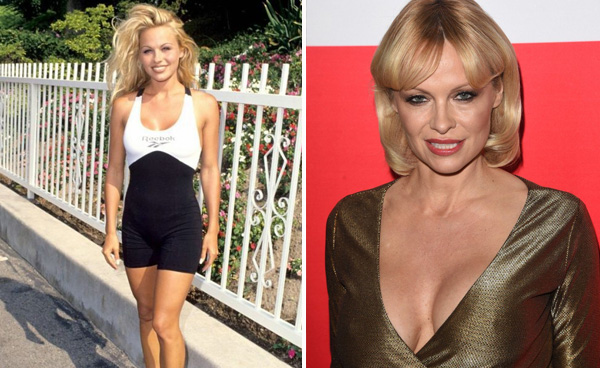 Reddit
In the early 90's, Pamela Anderson was the girl most teenagers dreamed about, with her short red swimsuit and fantastic body. While she wasn't the greatest actress, the Baywatch star and former playmate sure had a lot of charisma and well, a smoking hot body. After a couple of kids and ton more plastic surgeries, she is sadly not lookin as hot as she used to. 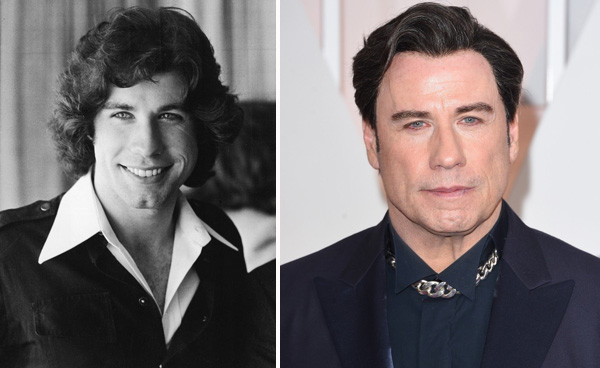 Reddit
John Travolta was definitely the dance master of the 70's and 80's, with hit movies like Great and Saturday Night Fever. He was also a total dreamboat and was a heartbreaker. Nowadays, he has overindulged in plastic surgery and some hair surgery (he got hair implants as he was losing his hair). All these interventions have made him look somewhat plastic, and bizarre. But he can definitely still dance though. 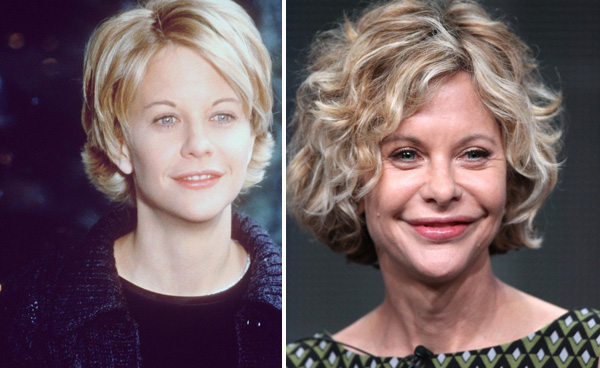 Imgur
Meg Ryan was one of the sweethearts of the late 90's. She was known for her romantic comedies and for having a great girl-next-door look. In an effort for trying to keep her youthful looks, she got a bit too carried away with plastic surgery and looks almost unrecognizable. 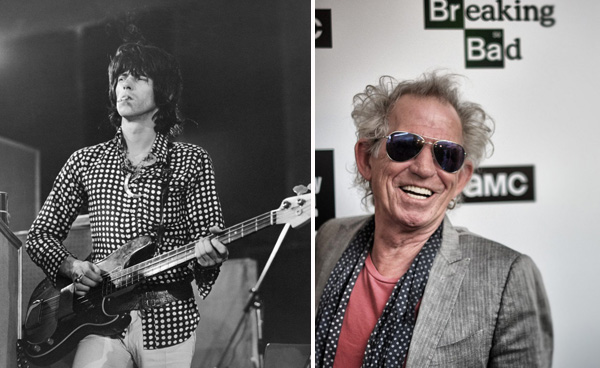 Imgur
Keith Richards is the ultimate party animal. One of the world's greatest guitarrists, he has been rocking out and partying out like a rockstar since the 60's, and well, time has taken his toll. 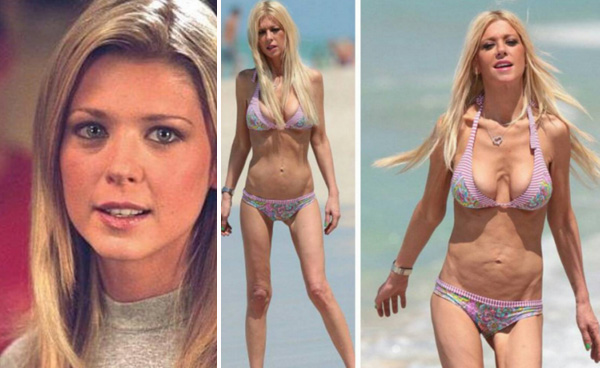 Imgur
Tara Reid was also one of the late 90's teen idols, and guys EVERYONE were drooling every time she had screen time on any movie. The sexy blonde has been battling eating disorders since the early 2000s and has also had some godawful plastic surgery done which caused her to lose her sex appeal.

Lil Kim? Is that even you? 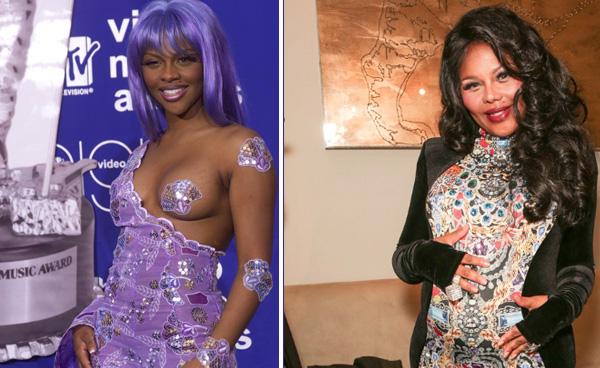 Imgur
This legendary rapper has always been known for her drastic looks, but she seems to be addicted to plastic surgery. She is absolutely unrecognizable from her 2000s looks (remember that infamous MTV outfit?!). Even her skin tone has changed!

From hunk to flunk 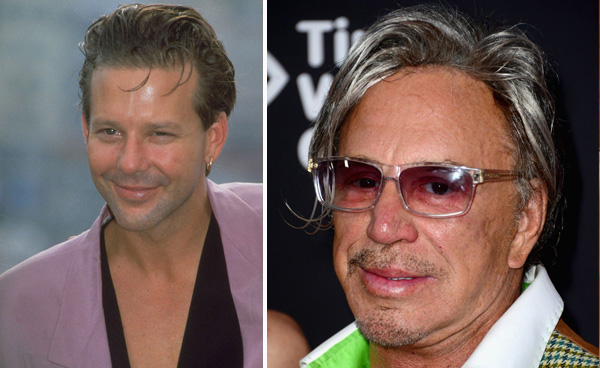 Reddit
Like we saw with Axl Rose earlier in this list, Mickey Rourke is another of the 80's heartthrobs that just could not say no to bad plastic surgery. In his defense, after being an actor he became a professional boxer and all those hits meant reconstructive surgeries. Still... we will forever mourn the loss of his good looks.

Batman, is that you? 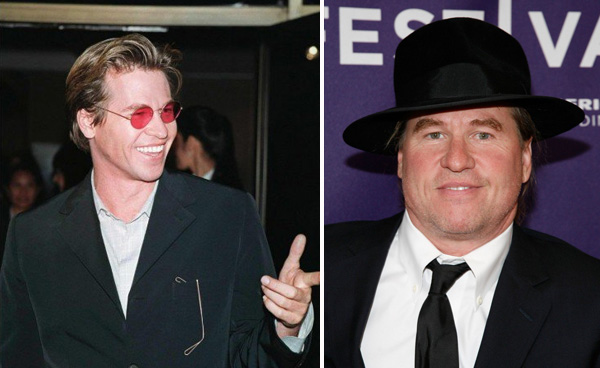 Reddit
What ever happened to Val Kilmer? He was one of the hottest actors in the 90s (I mean, he was BATMAN before George Clooney screwed it up). He just seems to have given up on his hottie status.

What would Carrie say? 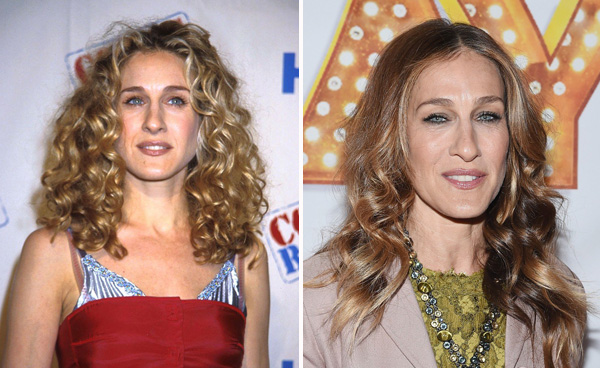 Imgur
While Sarah Jessica Parker has been in the showbusiness forever, she really only found fame on her late twenties/early thirties when she started on the hit show Sex and the City. Being a late bloomer meant she had a lot more pressure to stay looking fresh, so she turned to plastic surgery to maintain her looks. This worked for a while but after a few years she is just looking rough. 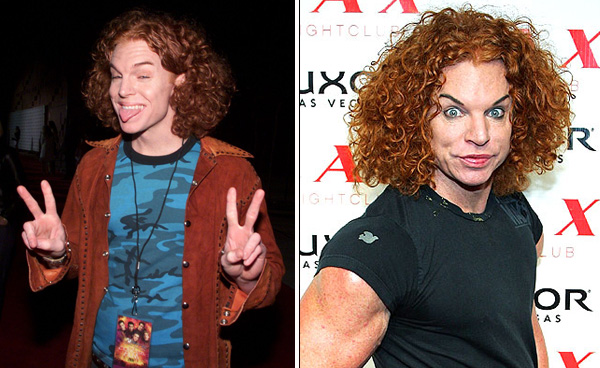 Reddit
While he was never known for his good looks, comedian Carrot Top (and his trademark ginger curls) is surely looking different these days. He was a scrawny, bizarre looking guy in the 90s and he has buffed up and tried to make himself more interesting via plastic surgery. Sorry dude, you still look weird AF. 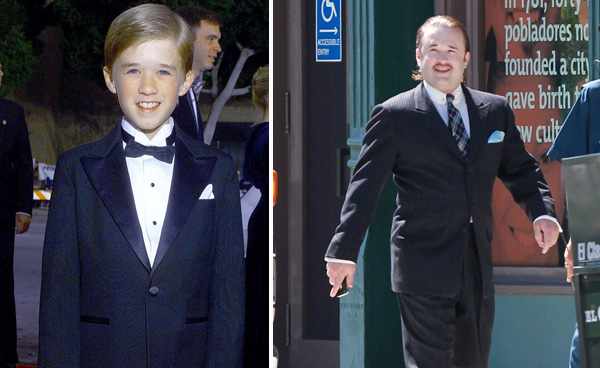 Reddit
Haley Joel Osment was that adorable kid who saw dead people in "The Sixth Sense". This adorable child actor, who rose to fame as a child to later disappear from the spotlight in his teens has recently resurfaced. It's not the fact that he looks older... it's the fact that he looks way fuller than he used to. And that weird mustache doesn't help much either.

From Love to what? 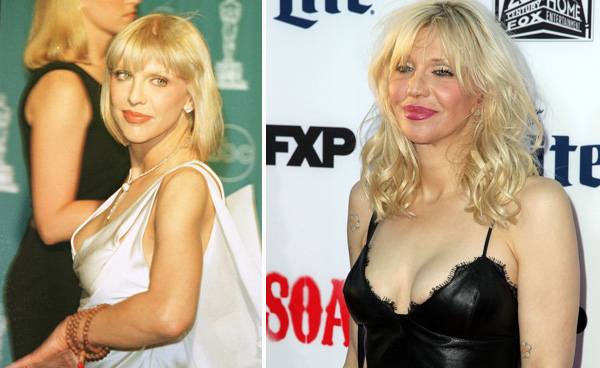 Reddit
Some people love her, some people hate her. But we all know her as the widow of iconic Nirvana rocker Kurt Cobain. She was stunning in the 90s and it was easy to see why she had managed to marry one of the most iconic rockers of the 90s... but a series of abuse problems and an excess of plastic surgery have left her looking rough. 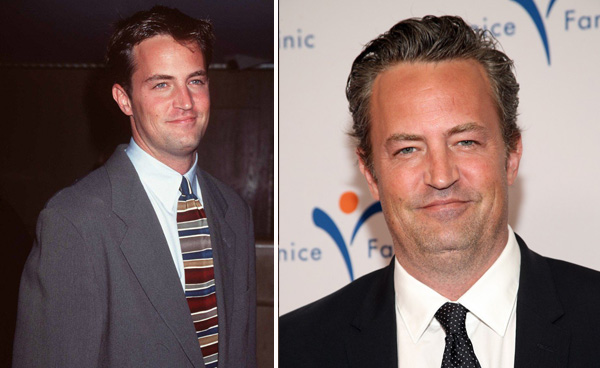 Reddit
Unless you were living under a rock, everyone knows Matthew Perry because he is the actor who portrayed Chandler in the 90s cult series "Friends". He was looking his best during those days, but the times have caught up to him. His substance abuse may have helped speed the process too. Oh well.