Unbelievable! These female celebs own more luxurious cars than most men

Most people think that celebrities have it all, fame, fortune, and success. We all know the old saying “Money can’t buy happiness” but, it can buy some really luxurious cars! These celebrities don’t mind spending thousands of dollars on their little toys.

Some of the most popular brands among celebrities are Maserati, Ferrari, Lamborghini, Bentley or Mercedes-Benz. In this post, you’ll find all the incredible cars of Beyoncé, Rihanna, Kim Kardashian and many other hot celebrities. 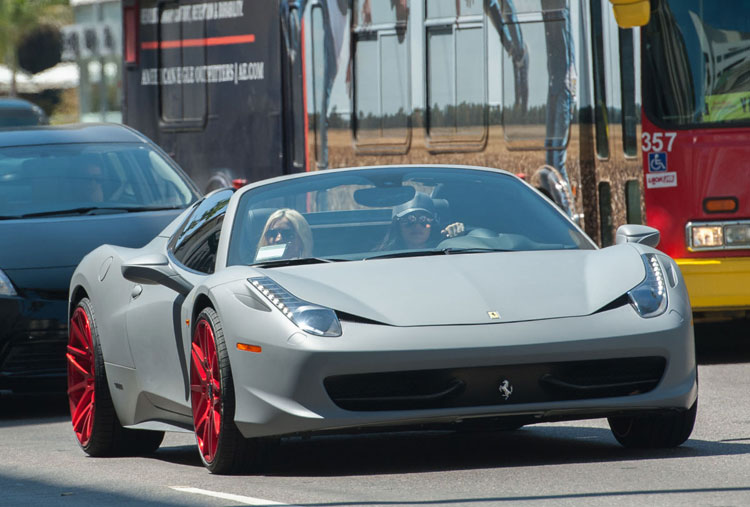 Source: www.sugarscape.com
Kylie Jenner got this spray painted Ferrari as a gift for her 18th birthday. If you’re wondering who was kind enough to give her this luxurious car… Well, it was her boyfriend Tyga. Can you imagine having such a generous boyfriend? We certainly can! 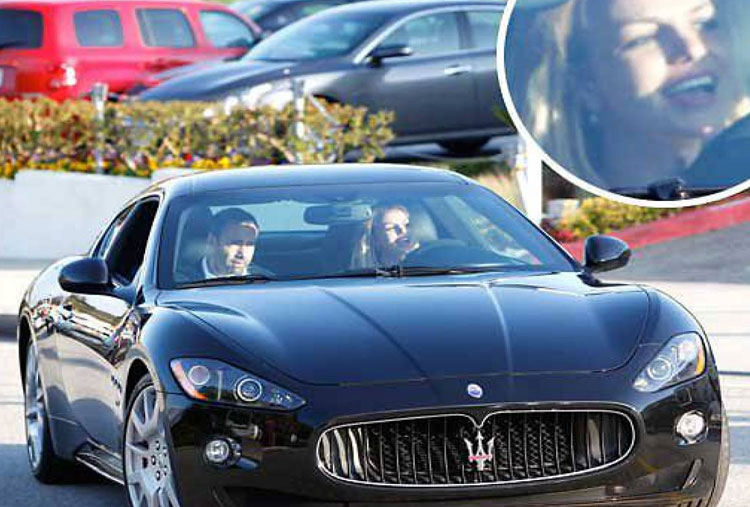 Source: klukite.com
Britney Spears became famous with her single “Baby One More Time” in 1999 and she became a recognized pop icon. Over the years she has had many nervous breakdowns and she might not be as successful as she once was, but she can still afford many luxurious things, like this Maserati. 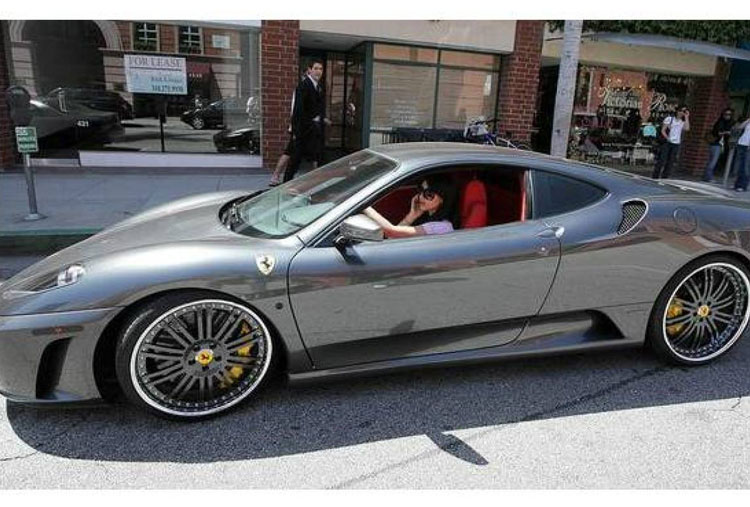 Source: celebritycarz.com
Most people know that the Kardashians often spend millions of dollars on expensive things, and cars are no exception! Kim owns many luxurious cars, including this Ferrari F430 which is worth $180,000. 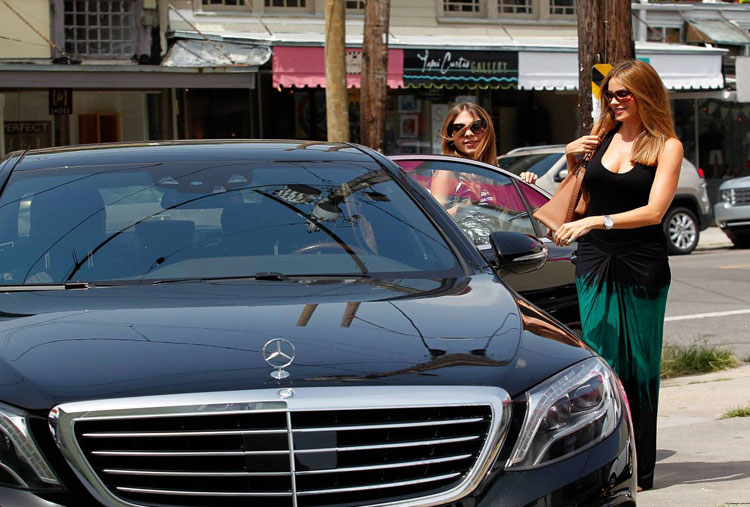 Source: Tyler Kaufman/Getty Images Entertainment/Getty Images
Sofia Vergara is a Colombian-American actress who became famous for her role as Gloria in the TV series Modern Family. She was ranked as the 32nd most powerful woman in the world by Forbes in 2014. This beautiful actress owns a Mercedes-Benz S-Class. 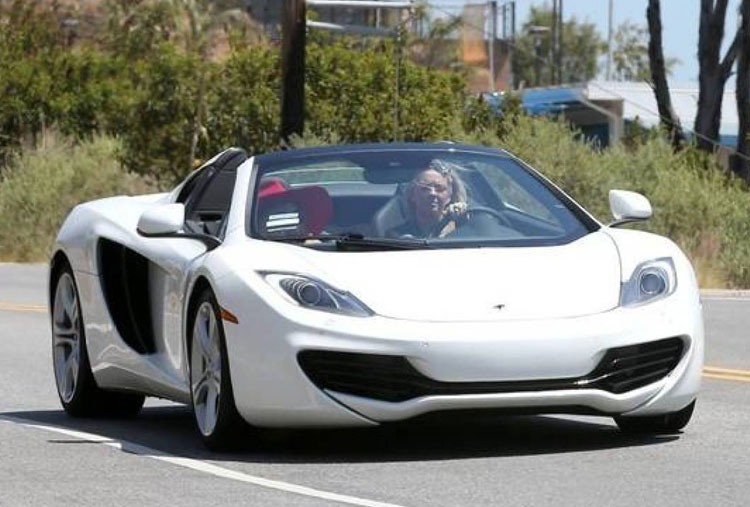 Source: Zimbio
Lady Gaga is one of the most successful singers with over 146 million single sales. We can all agree that she can buy whatever car she wants. Her collection includes this McLaren MP4-12C Spider which is worth $550,000! 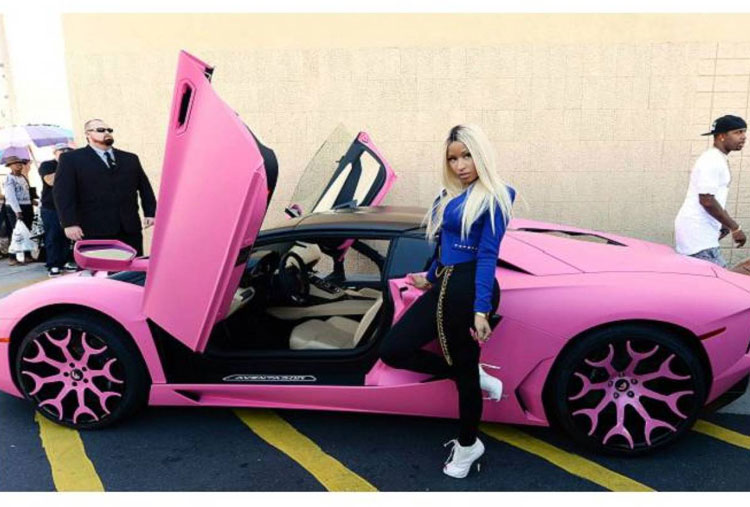 Source: superbuytires.com
Nicki Minaj owns the same Lamborghini, which costs $400,000! She chose a pink model so it is definitely easier to spot her when she’s driving around Los Angeles. This is not the only pink car Nicki owns; she also has a Bentley Continental GT and a pink Porsche Cayenne. 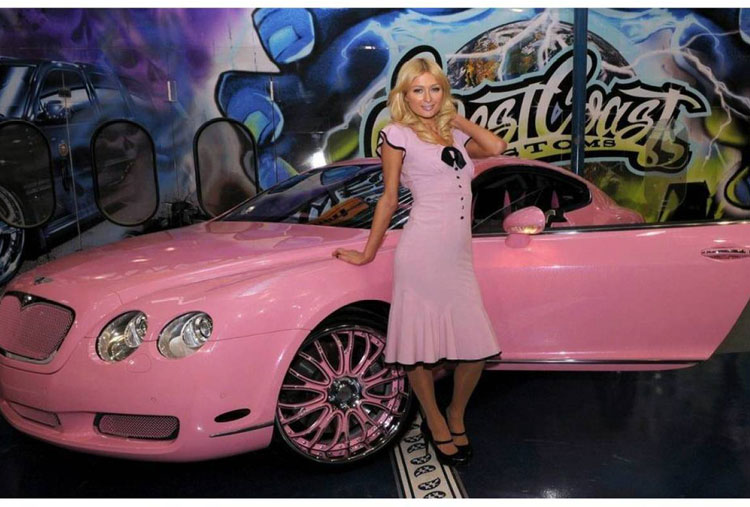 Source: Motorpasion
Paris Hilton is the great-granddaughter of Conrad Hilton, the founder of the Hilton Hotels, so everyone knows that she was born rich, but she didn’t settle for that, she has become quite a successful entrepreneur. Check out her custom Bentley GT Continental. 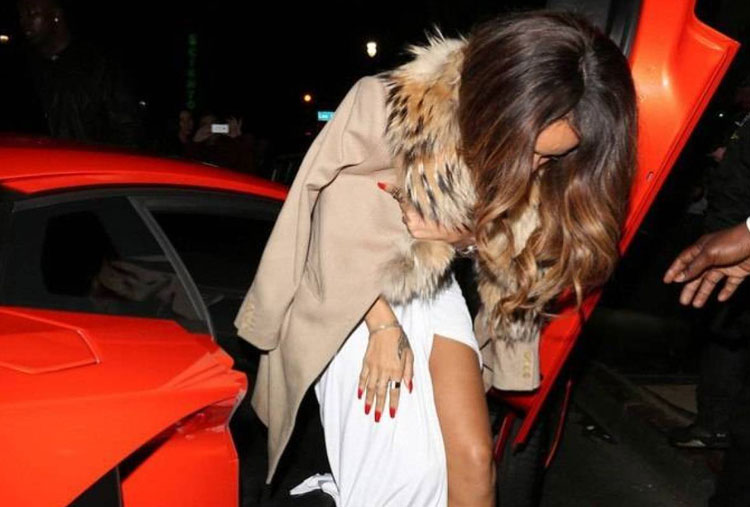 Source: Complex
The talented singer born in Barbados owns a Red Lamborghini Aventador. Judging by her personality, Rihanna probably likes driving her car at a high speed! “Shut Up and Drive” might be the best background music while driving the Lamborghini. 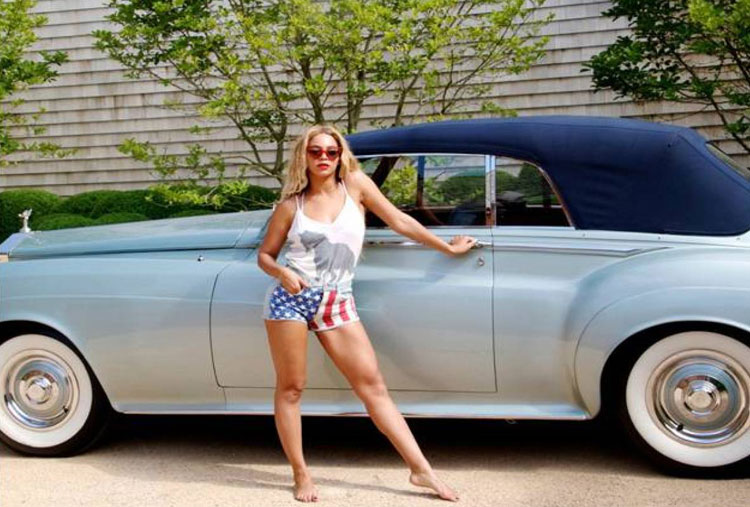 Source: StyleCaster
According to Forbes, Queen B has a $265 million net worth and we all know how stylish she is, so her 1959 Silver Cloud Rolls Royce Convertible is perfect for her! This beautiful car is worth $1,000,000. 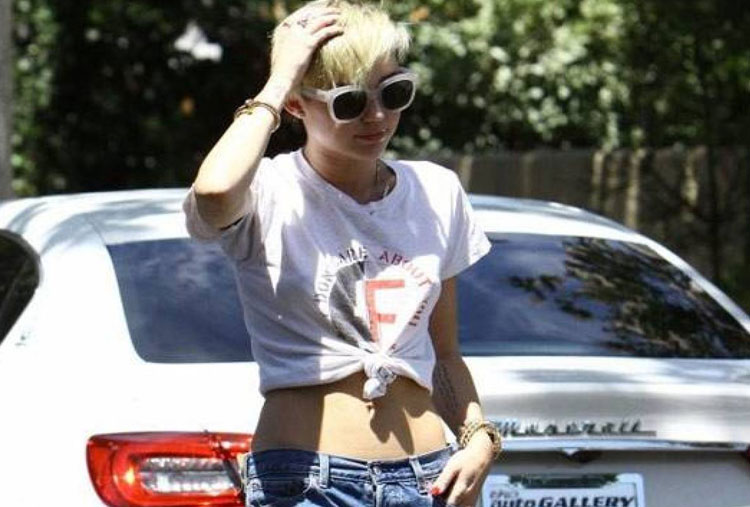 Source: Hot 100 FM
Despite the fact that Miley Cyrus is quite young, she has a managed to become a millionaire since she started her career at a very young age. She got this Maserati Quattroporte but sadly, it was stolen shortly after she bought it. 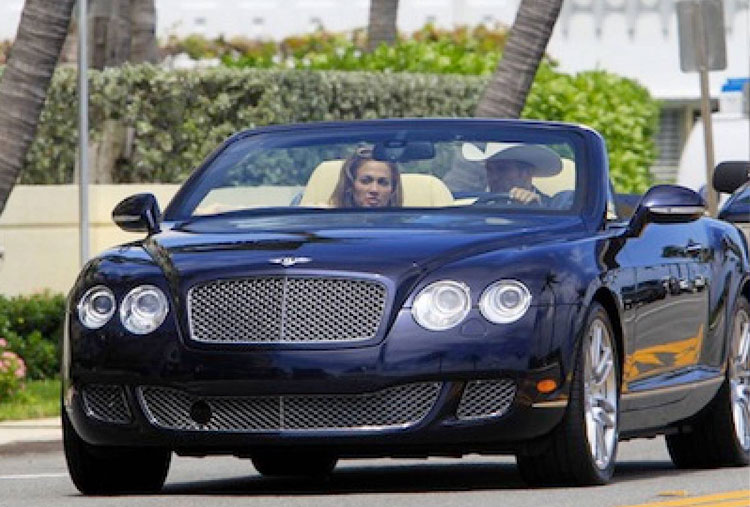 Source: getnetworth.com
Jennifer Lopez has become one of the most successful entrepreneurs; she was the first Latina actress to earn $1 million for a role. She has several clothing lines, fragrances, a production company, and television shows. Her collection includes this Bentley Continental GTC Convertible which is worth $200,000. 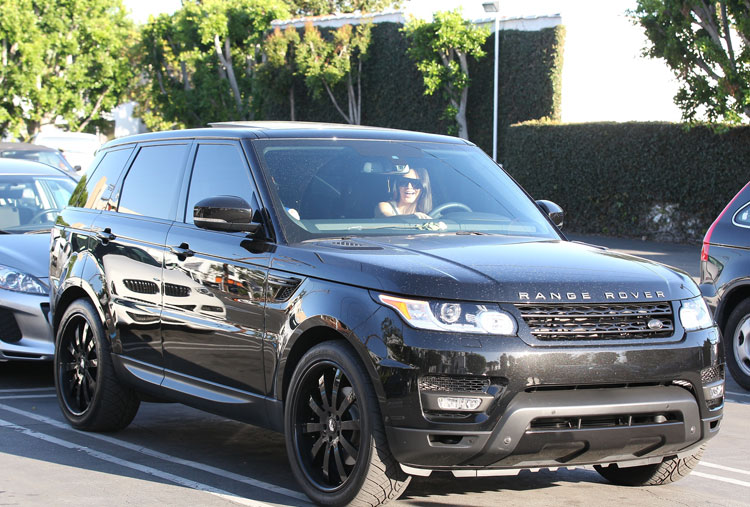 Source: moejackson.com
If you ever watched “Keeping Up with the Kardashians”, you probably saw the episode in which Kendall gets her driver’s license. Nowadays, she’s driving this luxurious Range Rover; the beautiful model loves SUVs. 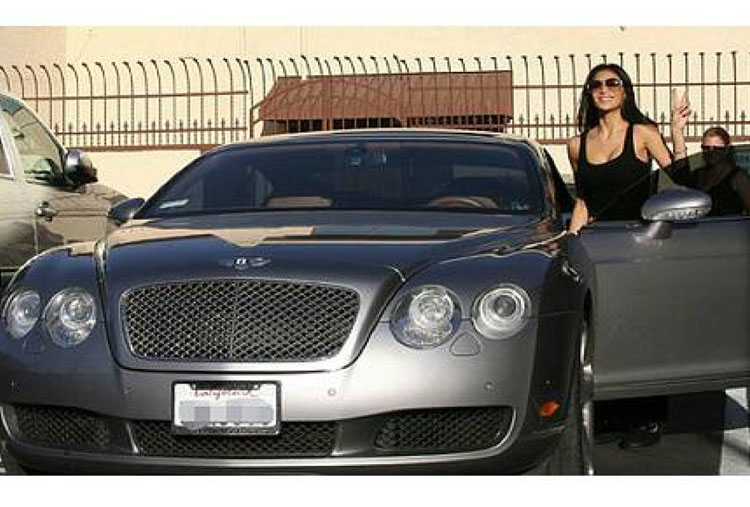 Source: The Richest
Nicole Scherzinger is an American singer who became famous for being the lead singer of The Pussycat Dolls which is one of the best-selling girl groups of all time. Nicole got herself this Bentley Continental GT which is worth $112,000. 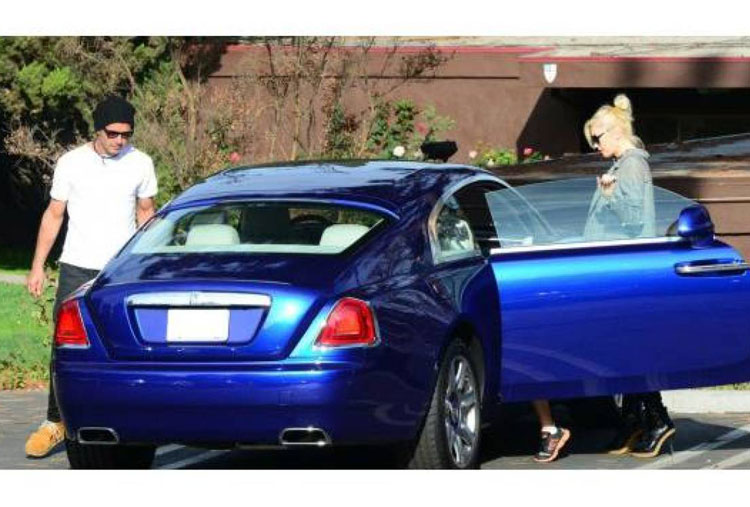 Source: The Richest
Gwen Stefani is the co-founder and lead vocalist of the band No Doubt. She became quite famous after the hit singles “Rich Girl”, “Hollaback Girl” or “What you waiting for?”.  She owns this blue Rolls Royce Wraith which costs $300,000. 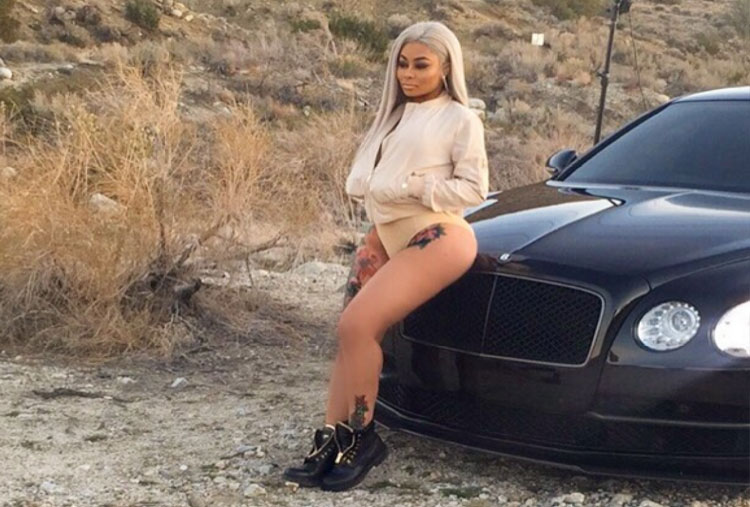 Source: Instagram
Blac Chyna is an American model who has appeared in several hip-hop videos. She has been dating Robert Kardashian since 2016 and he even bought her a $200,000 Lamborghini! The car in the picture above is a Continental Bentley. 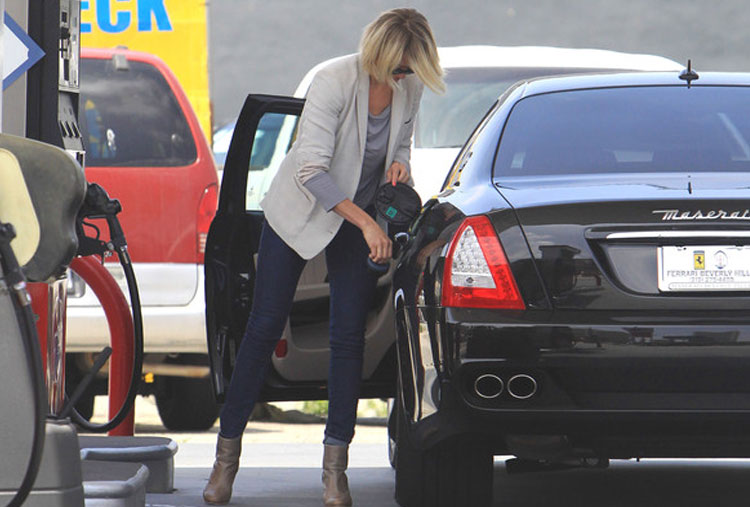 Source: entertainingwelseyshaw.com
Cameron Diaz has had a very successful career in the film industry; she became famous thanks to her role in “The Mask” in 1994. She was named the highest-paid actress over 40 in Hollywood. Cameron owns this black Maserati Quattroporte. 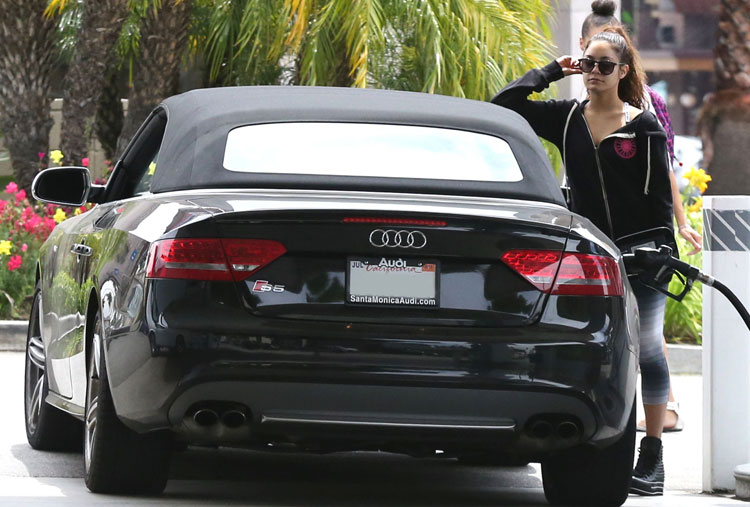 Source: networthcelebrities.com
Vanessa Hudgens rose to fame after the success of Disney’s “High School Musical”, she has a net worth of $10 million, so she can pretty much buy whatever she wants. She owns this convertible black Audi S5. 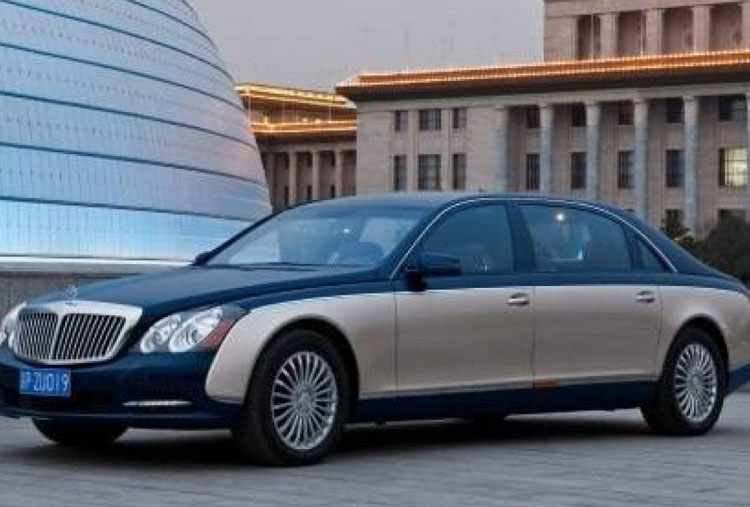 Source: Passion Performance
Celine Dion is a Canadian singer and businesswoman. She became quite successful after winning the 1998 Eurovision Song Contest where she represented Switzerland. Since she has a fancy taste, she bought this Maybach 62 which is worth $500,000.

Source: The Richest
American actress Halle Berry has appeared in several films including “Die Another Day” in which she played the Bond girl. Maybe that’s why she chose an Aston Martin V8 Vantage. Who wouldn’t want to drive that awesome car? 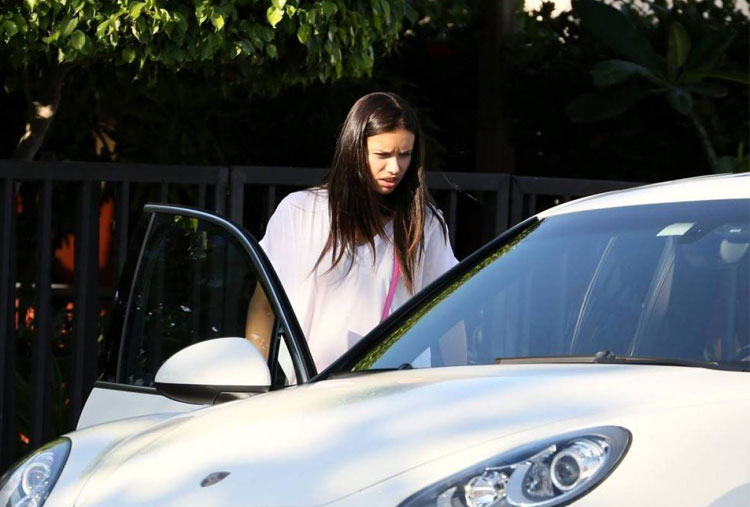 Source: The Richest
Brazilian supermodel Adriana Lima has been a Victoria’s Secret Angel for many years, so we would expect her to have a very fancy, stylish car. Adriana owns a white Porsche Cayenne S Hybrid which costs thousands of dollars, but since her net worth is $70 million, she can buy whatever she wants.
Compartir este artículo
Mundo.com