This is what celebrities looked like BEFORE being famous

People often change over the years but celebrities change even more. Take a look at these famous people before being rich and well known. Most of them even look phisically different!

Sometimes the stress of being famous makes them fall apart. It’s a pity how some of them turn out being market dolls. However, some of them like Angelina Jolie or Amanda Seyfried didn’t change at all. Check out this pictures, they’ll surprise you more than you think. 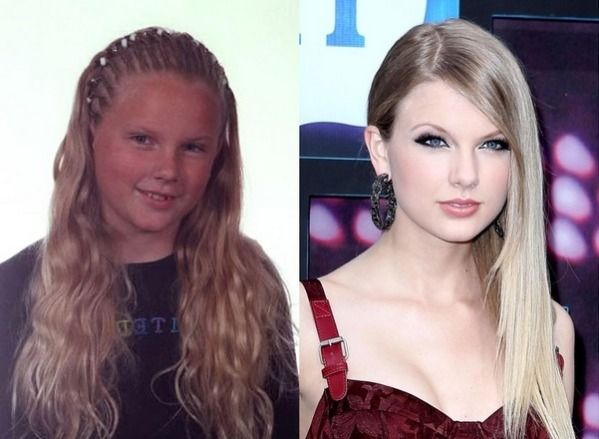 Pinterest.
No only her hair but her face. She is a totally different person! She definitely grew up and transformed from an adorable child to an attractive young lady.  Growing up made her a whole new Taylor. We definitely like her as well as her nice songs! 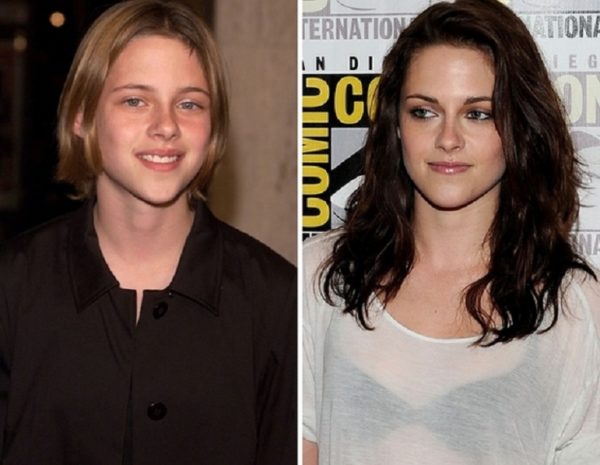 Pinterest.
This one never smiles, so luckily we could find smiley pictures or similar... it’s funny how we can simply notice that she is trying so hard to smile for both pictures LOL. Older but still same facial expression. 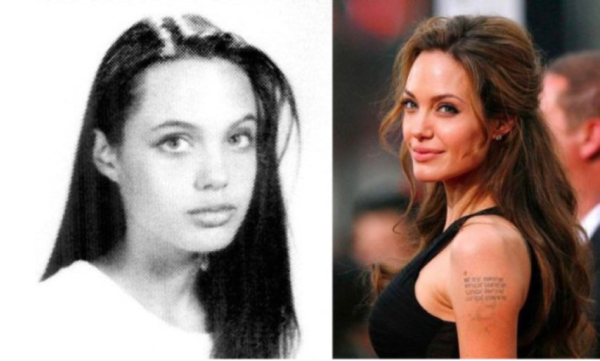 Pinterest.
OMG I simply can believe somebody could be this beautiful even during those awkward teenage years. I mean, c’mon didn’t you wear glasses or braces Angie? It seems she did not. 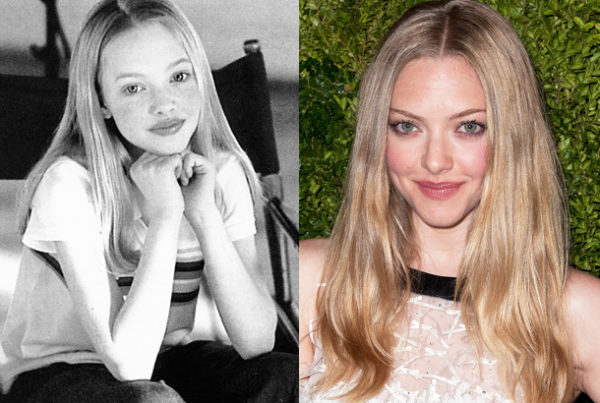 Pinterest.
Amanda’s face is quite the same exact face. I truly can’t notice the evolution or so. In both pictures, she is a cute sweet Barbie. Blonde hair, amazing lips and beautiful eyes, great actress, Amanda, you nailed it. 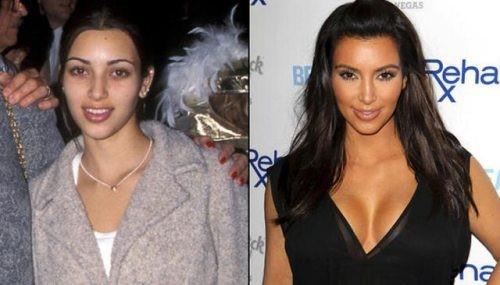 Pinterest.
Kim! Before she was one of the most sought after people in the world, she was a regular teenager, and didn't look perfect all the time... which is not a bad thing at all! That natural beauty was always there, though, now it's very out there though. 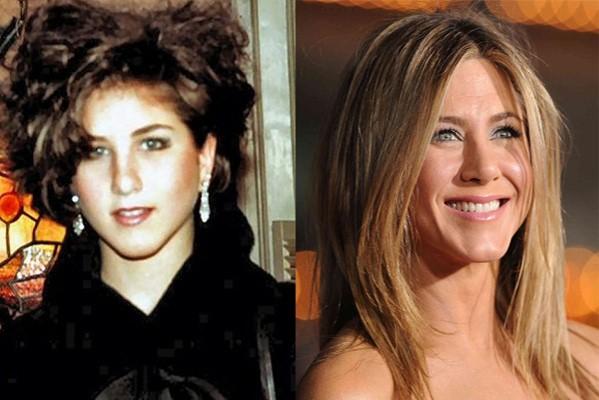 Pinterest.
Jennifer Aniston and her short and brown hair. Very 80's, and while it looks weird to us it was very cool at that time. Her face didn’t look bad at all, just younger with less preoccupations it seems, right? 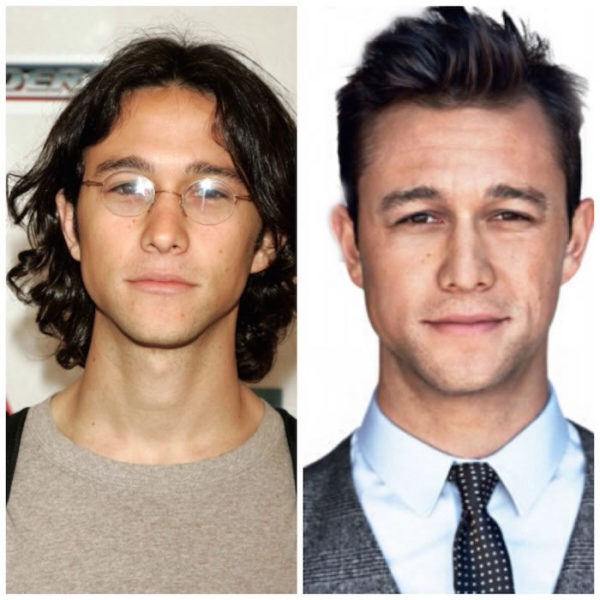 Pinterest.
Actor Joseph Gordon-Levitt is an actor we've seen grow up on the screen. While he was "cute", he also grew through an awkward teenage phase. This is a great example of somebody who could do something pretty cool from the “uncoolnes”. He now looks great without those glasses and a different haircut. 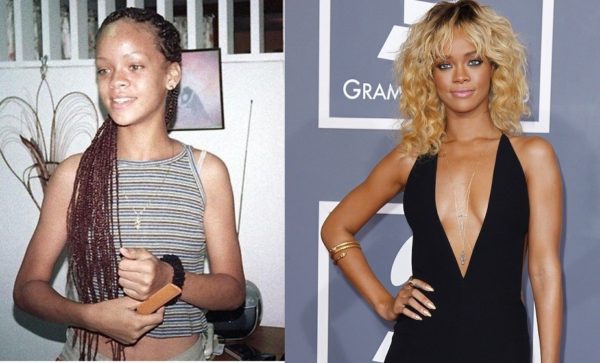 Pinterest.
Rihanna’s hair! She looked so different I almost didn't believe it’s her in the first one. Great change Ri Ri! Although she has surely changed, she's always had beautiful features, that is something we can’t discuss about. It’s totally a fact. 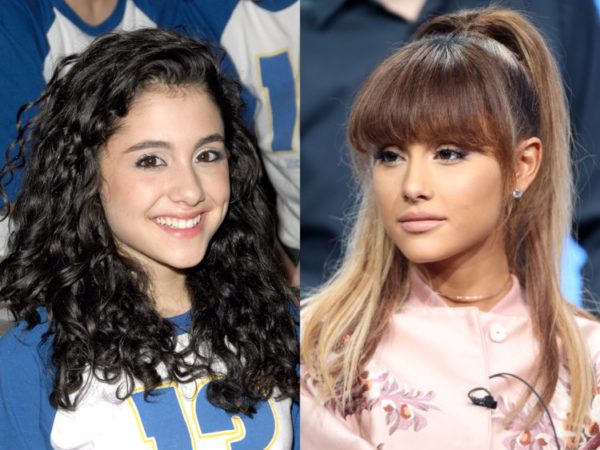 Pinterest.
There were lots of testimonies from girls that went to school with Ariana, that accused her from being the one bullying other girls. Beyond the testimonies, just look at the picture, if we could judge a book by its cover we could definitely say she looks like a popular cheerleader, so, place your bets people. 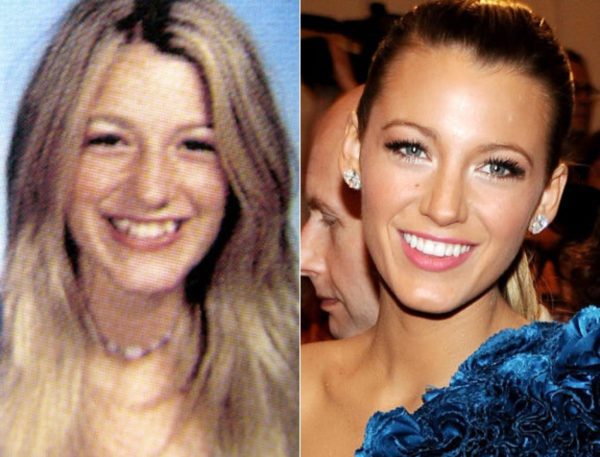 Pinterest.
Blake Lively, she is really one of the most beautiful actresses in the industry. In both pictures, we can notice this. The only thing that changed a lot were her teeth (luckily) but well, she was younger so we can’t judge too much. 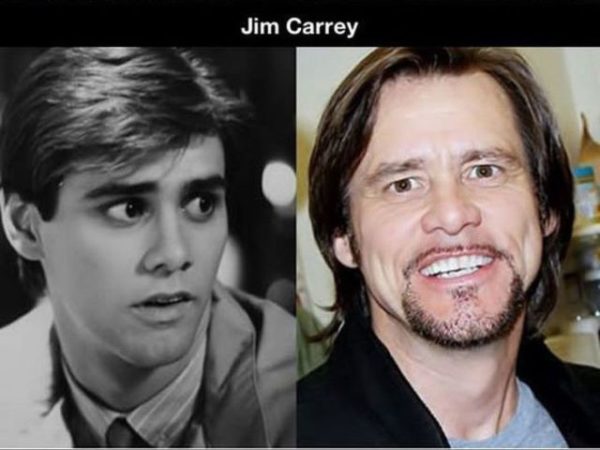 Pinterest.
Look at his face! Everything is quite the same although the years. He was born with that funny expression, who could have more funny expressions than Jim Carrey? In my opinion, he was cutest in the first picture, however, we can understand people grow up and change a lot so Jimmy, don’t worry, we still like you! 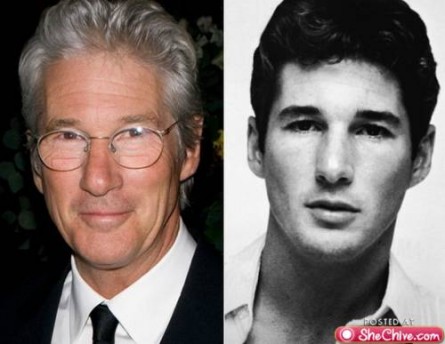 Pinterest.
It’s funny how people can change through the years. Look at this handsome guy! Richard Gere right here people. This is the best example to show how somebody can be in different ways and different ages attractive. I feel like he’s been handsome all his life. What do you think? 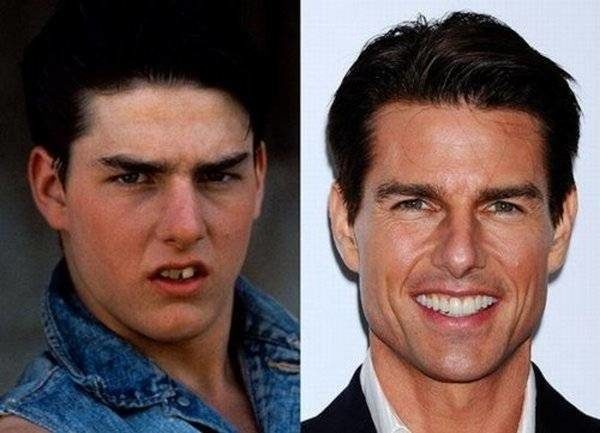 Google.
OMG can you believe this? We all knew that he was a short guy but we didn’t know that her teeth were this bad! Years passed for Tom and positively. Look at him now. We can’t deny he looks handsome in the pic ;) 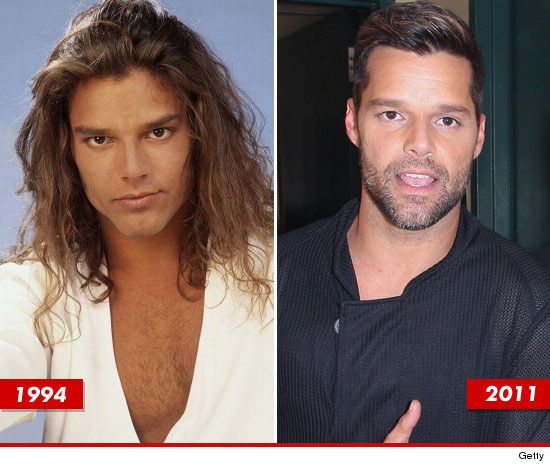 Google.
Different persons! OMG. While he looks drastically different, it's not that he looks bad on any. In 1994 he was one of the hottest latino guys in the industry as well as it is now but just renovated! So, I leave you guys the decision. Which Ricky is better? 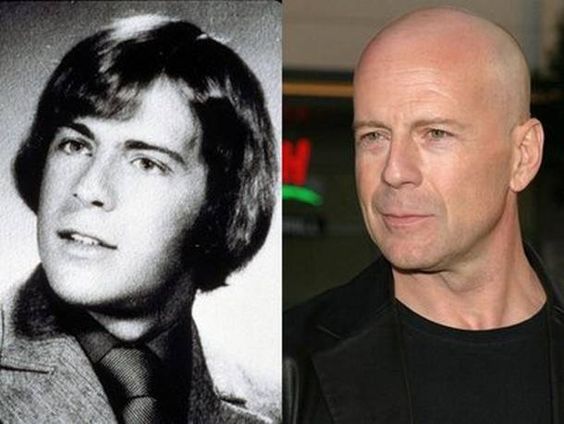 Pinterest.
OMG Bruce with hair. This seemed impossible to imagine. Well, it actually is. I feel like he is wearing a weird wig in the first picture. However, it’s him with his own hair. I truly think he looks better now! LOL. 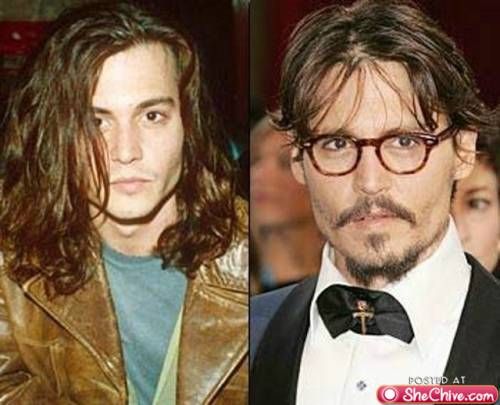 Google.
WOW. Still handsome, Johnny. One of the most talented actors in Hollywood as well as cool and handsome. What else can you ask for? He definitely pulled off that long hair, and looked great, and well, he still looks great! 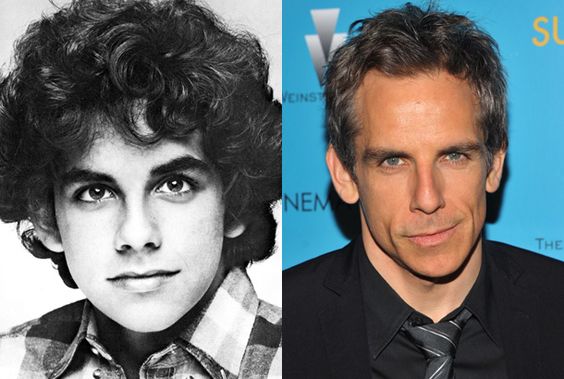 Google.
Here he is. Ben Stiller in his school year book. His face looks exactly the same. Just look at his hair! LOL. He really looks like a Jewish nice teenager going through school puberty. 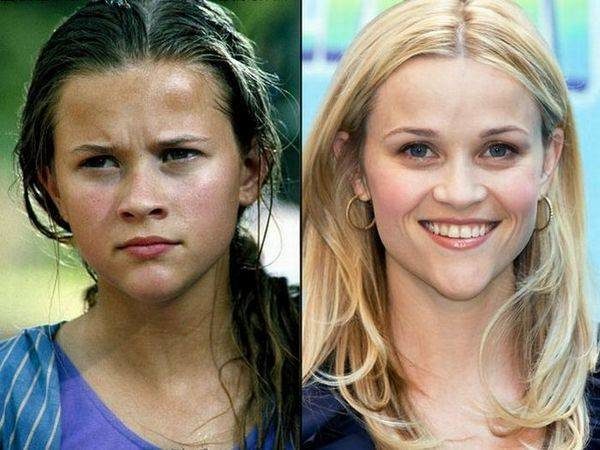 Pinterest.
Cute little Reese. I love her face! She really is a beautiful nice girl. I feel like her tanned skin looks better than the new white one with the brighter hair. However, I know that is my opinion, she is a beautiful lady now and was a cute girl back then. She looks SO much like her daughter in that first photo! 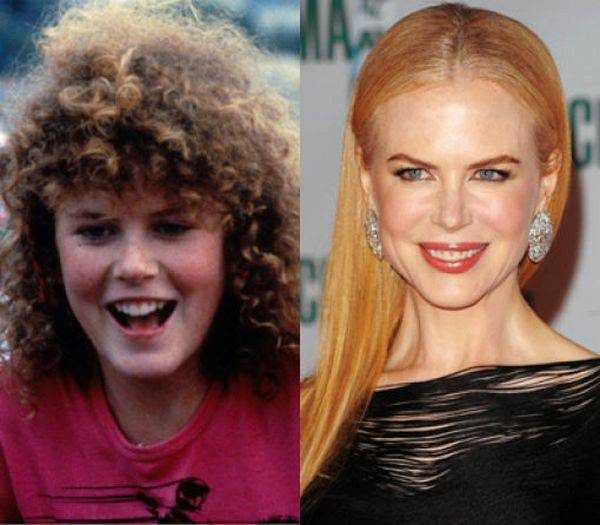 Pinterest.
OMG! Look at Nicole’s hair! I feel like back then she was more natural, and you can tell she wasn't that polished but still very beautiful. That’s why I personally prefer that youngish look of her. However, straight hair doesn’t look bad on her though. 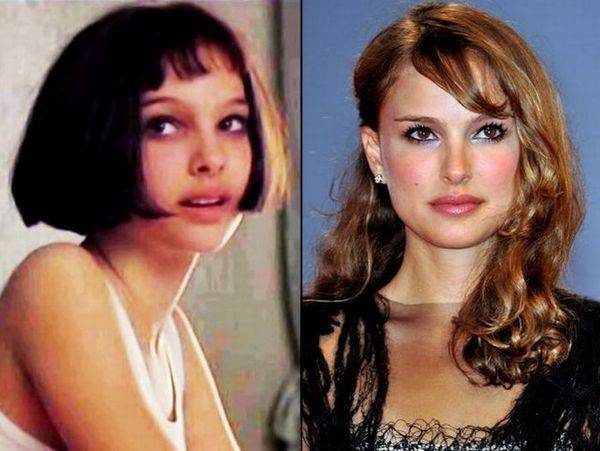 Pinterest.
My favorite little girl! Natalie Portman. I love her young look, this is in "Lion - The professional" (the movie) where she is great. Even though young Natalie is awesome, the older one nails it too. Have you seen her performance in Black Swan? OMG she is just perfect.
Compartir este artículo
Mundo.com