The most famous and iconic rock bands are surrounded by a lot of urban legends… some of these have been denied, but here we’re going to reveal the best and most controversial in history.

Although some of these stories have been debunked, people will never forget them because they make for a better story. Any publicity is good publicity in the end, right? 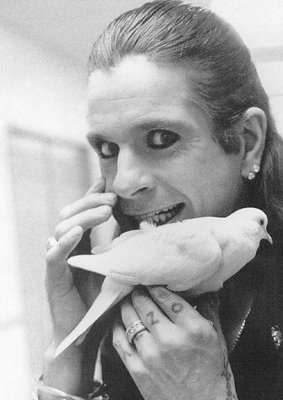 Pinterest.
He is also known for biting the head off a bat, so this crazy rockstar already had experience biting animal heads. In 1981, Ozzy and Sharon had a meeting with the executives of a record company, with whom they wanted to discuss having a record contract. Osbourne was very drunk and decided to take two doves with him, so he could let them fly and impress the people in the meeting.

How did Ozzy's bite a dove head? 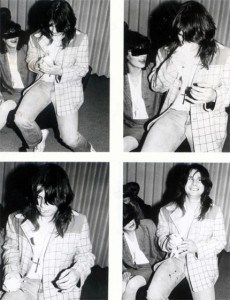 Pinterest.
Ozzy got so bored during the meeting so out of nowhere he decided to bite the dove head and ripped it off, proceeding then to just spit it out  on the lap of a PR women who was horrified and screaming. While the body of the headless dove twisted someone screamed "get that animal out of here!" And so they took Ozzy off the office. Osbourne remembers that he was so drunk that the dove tasted of orange liquor, feathers and some beak.

Marilyn Manson was on The Wonderful Years 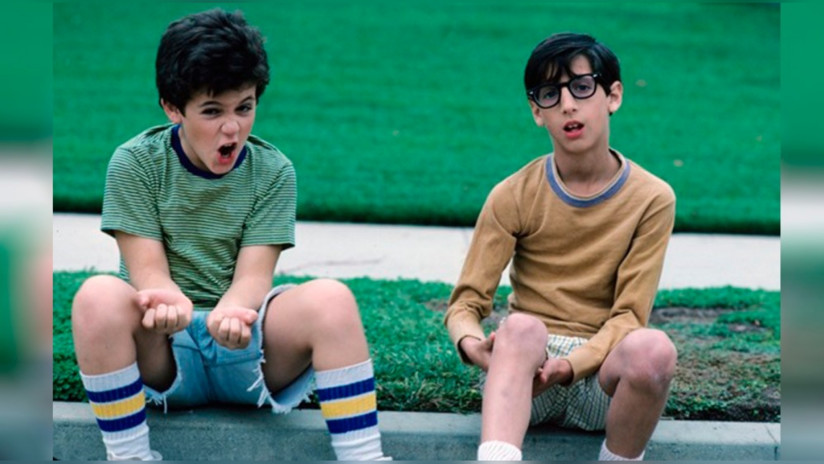 Mariyn Manson is not Paul Pfeiffer but fans like the history 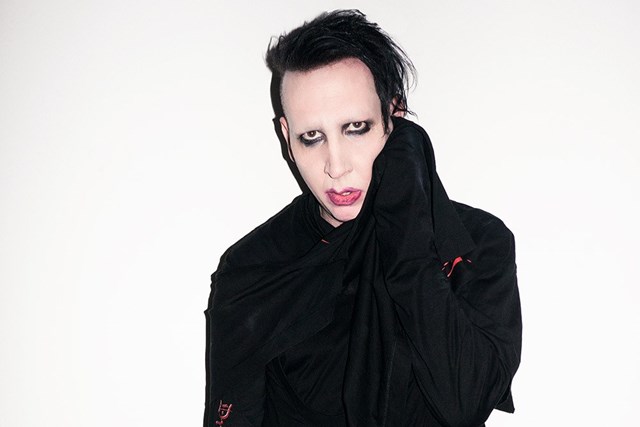 Pinterest.
The idea of an innocent child actor named Josh Saviano turning into the controversial Marilyn Manson was definitely a very good story, but this was never true. Manson's real name is Brian Warner and was never in the filming of the classic TV show.

Paul McCartney died in an accident in 1966 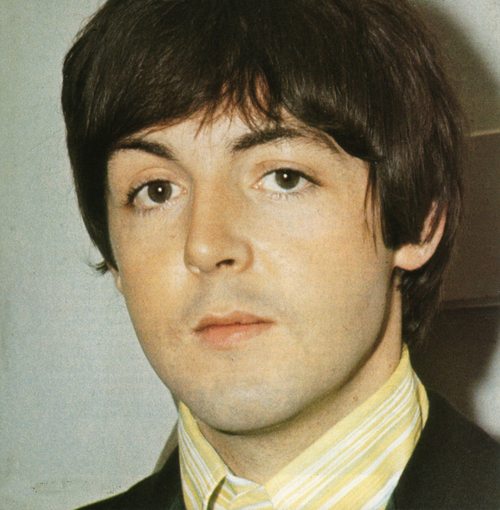 Pinterest.
In 1969, an urban story started circulating that said that the real Paul McCartney had died on November 9, 1966 by crashing his Aston Martin into a truck, losing his life instantly. The Beatles Manager, Brian Epstein, hid the information from the media and found a double named William Campbell, who was taught to play the bass as a left-handed and then posed for the album covers. The urban story specifies he didn't sing. Instead, their management used many artists with similar voices for the recordings. 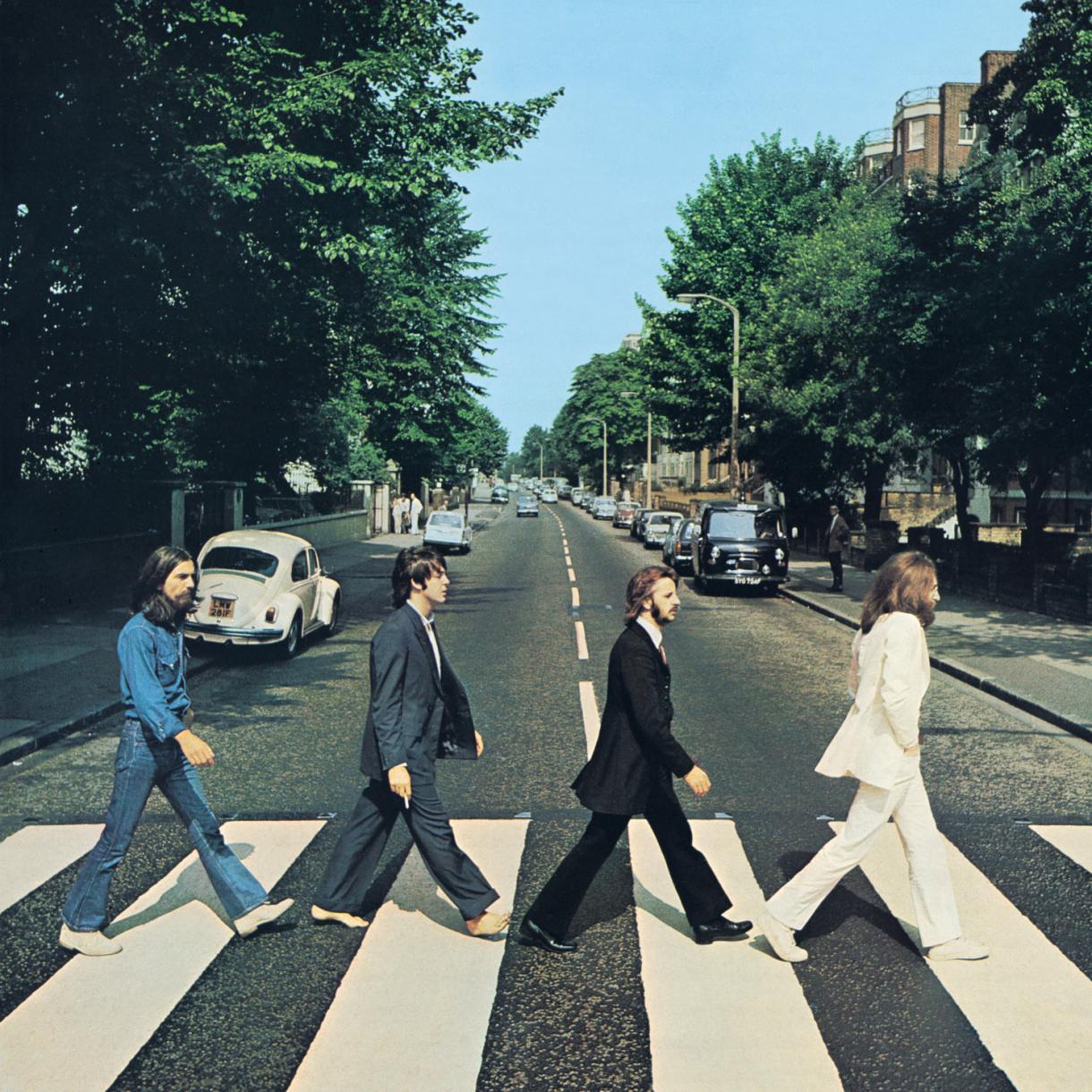 Pinterest.
Some fans found supposed hidden messages which confirmed the theory of the death in the magnificent disc Abbey Road. The symbols were John dressed in white as the priest, Ringo goes of mourning, Paul was the dead one because he goes barefoot and walking different than the rest, and George was the gravedigger. However, everything is a lie and seems to be a big advertising strategy.  If Paul hadn't returned to do live shows, many would have believed this nice story. 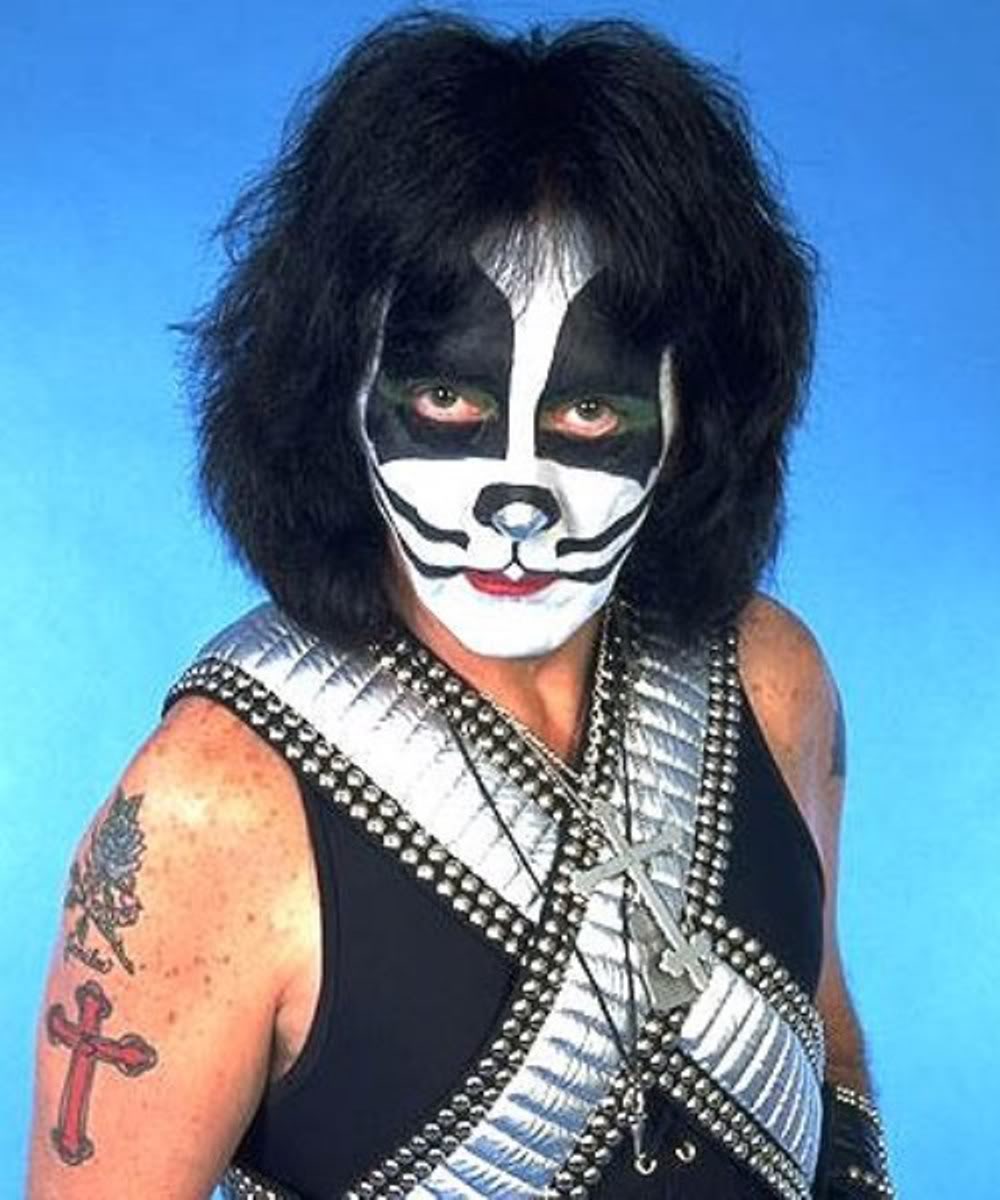 Pinterest.
After his separation from Kiss, Peter Criss made an album and then disappeared for many years. After some years a rumor arised that the ex drummer of the millionaire band had been left without a penny, that his family had abandoned him and that he was living on the streets of New York. 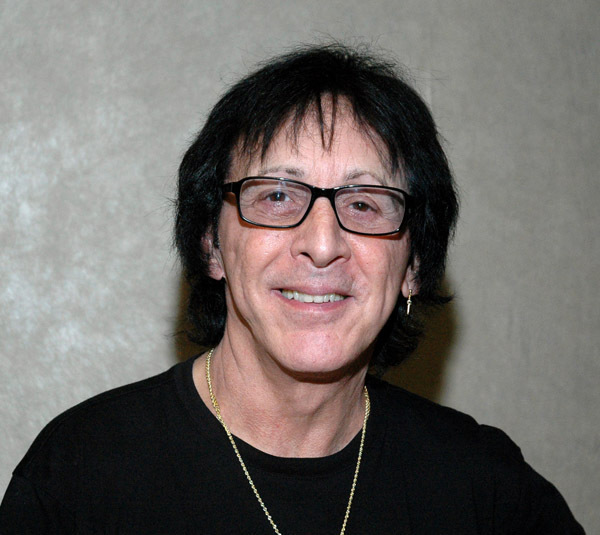 Pinterest.
Star Magazine did a report in the 1990s and helped spread this rumor, but it was all a simulation made by a comedian named Christopher Dickinson, who posed as Criss and told the story not only to the people who  saw it, also to other homeless who said they have shared the streets with the legendary Kiss drummer. The truth came out when in a television show Criss himself confronted the indigent.

Gene Simmons of Kiss had a Cow's tongue grafts 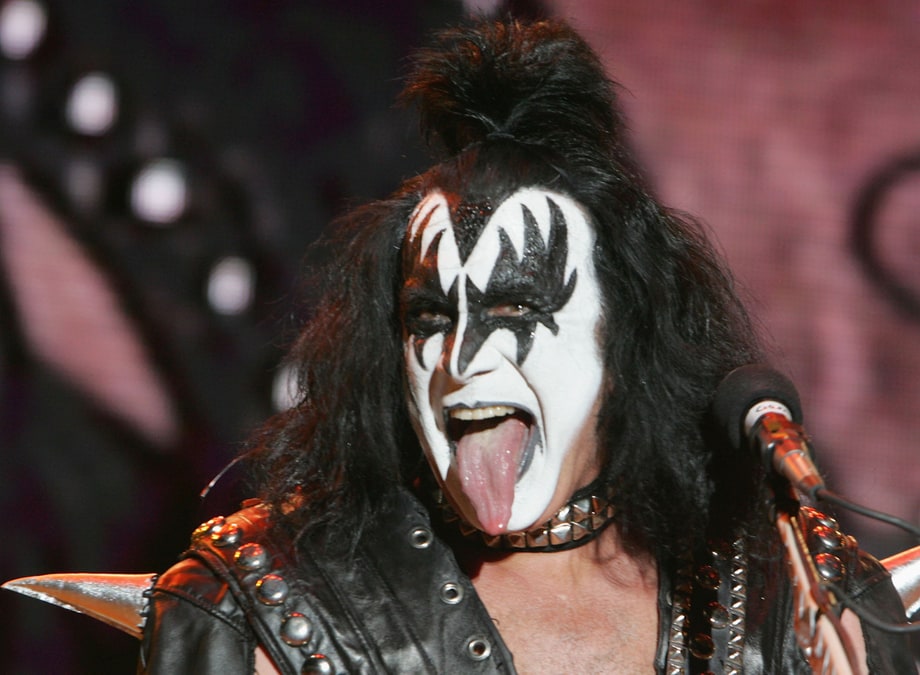 Pinterest.
In the 70s some magazines made great sales telling myths about the band Kiss, and one of the most famous was that Gene Simmons had a surgery and placed a graft to get his tongue longer, and that the extra bit of tonge used was of a cow. 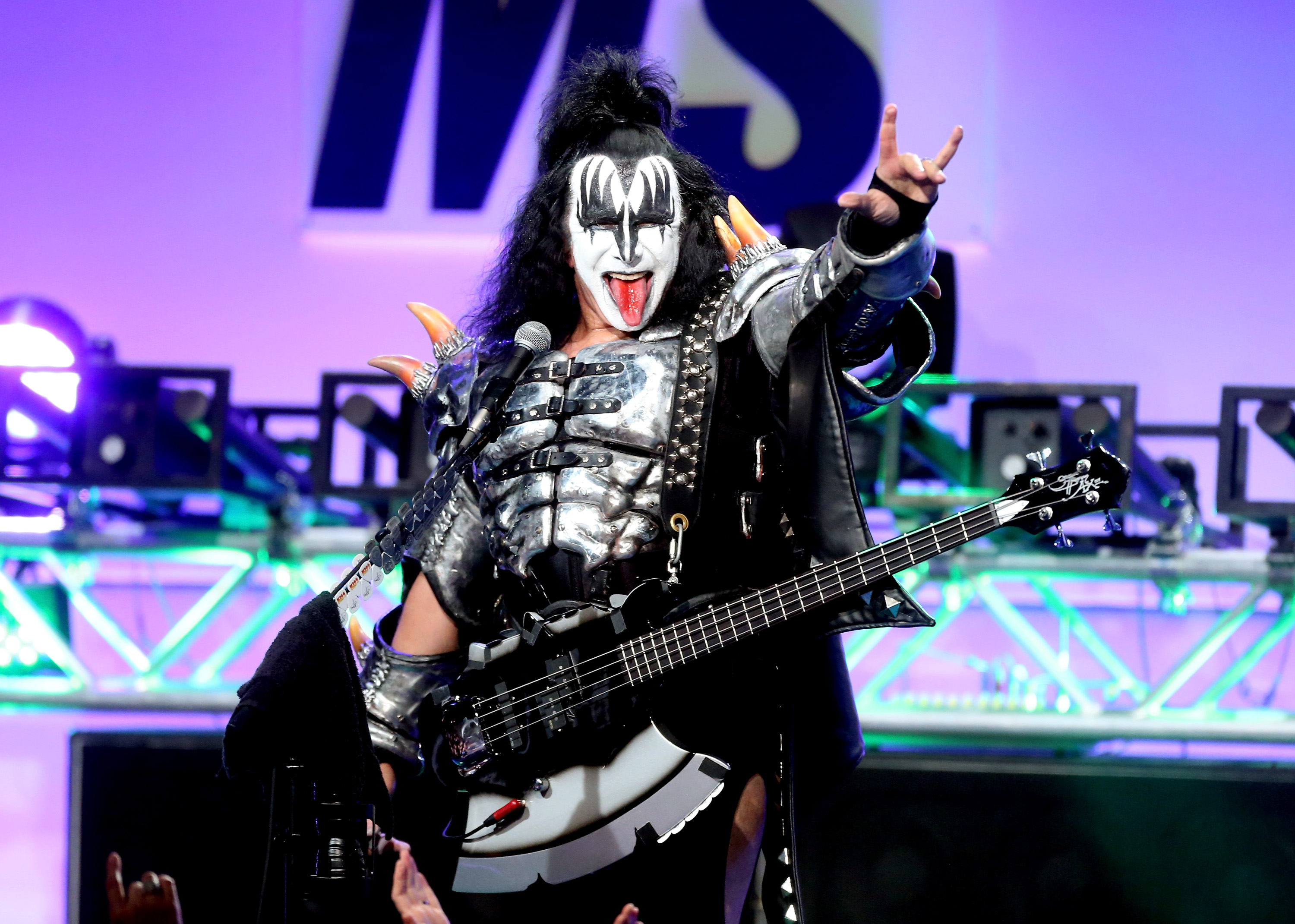 Pinterest.
The rumor that Simmons' tongue belonged to a cow is almost 50 years old. It's said that seeking his personal mark the musician decided to graft a cow tongue into his own, resulting in that notorious long tongue. Simmons has said many times this rumor isn't true, but is his favorite of which were invented of Kiss.

The Doors stole the instruments from a Mexican band 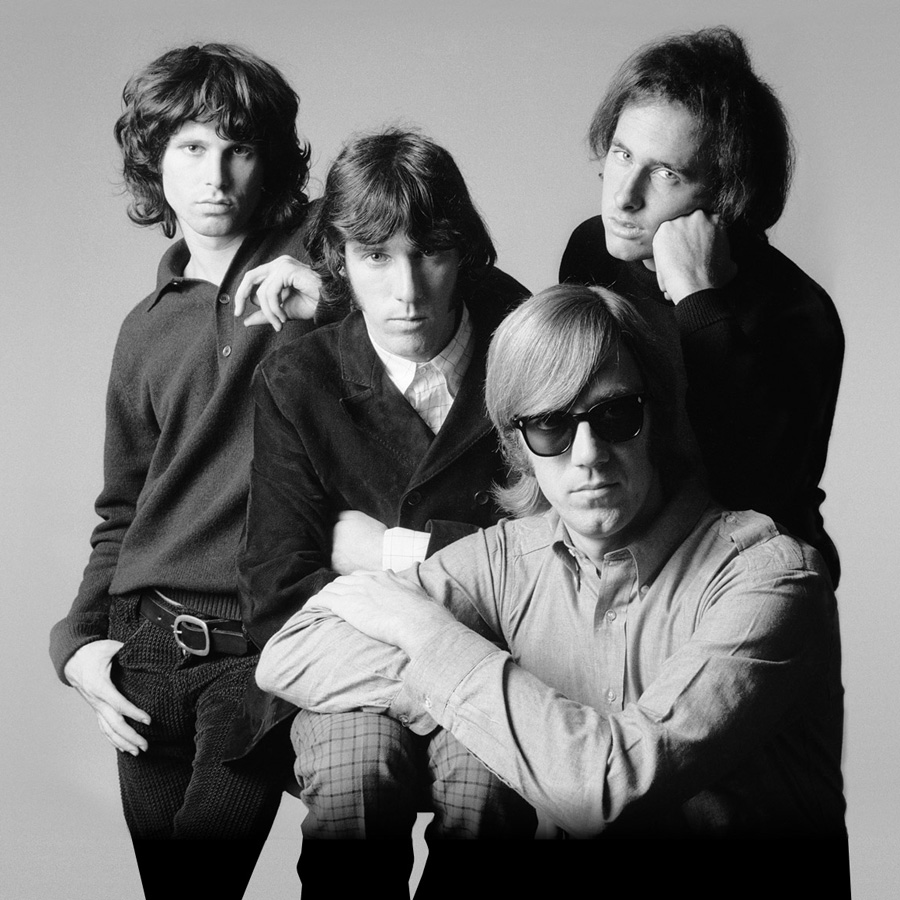 Pinterest.
Even if you don't believe it, the members of The Doors looked like some vile thieves when one of the amplifiers of the Mexican band Los Locos del Ritmo was brought into their truck after a performance at the famous club Whiskey a Go Go.

Was it not just Jim Morrison's confusion? 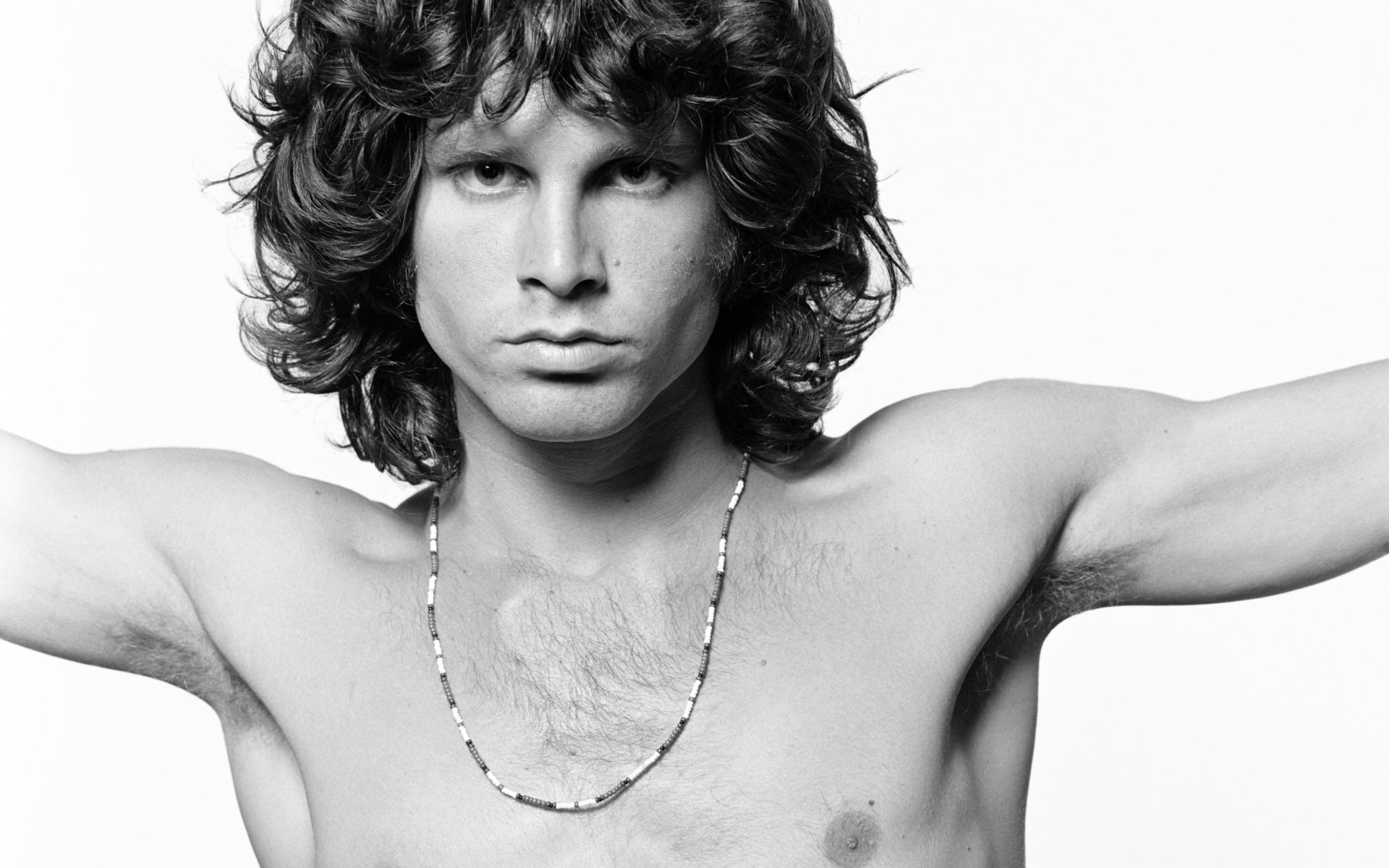 Pinterest.
One of the Locos said that the performance of the singer was rare, because he didn’t face the audience, that he always played on his back and trusting that they were a random band, they didn’t pay much attention to them. They later realized they had lost part of their guitar equipment. Later, the Mexican group became legend in their own country and The Doors would reach the top of the world of rock with its extinct vocalist Jim Morrison. 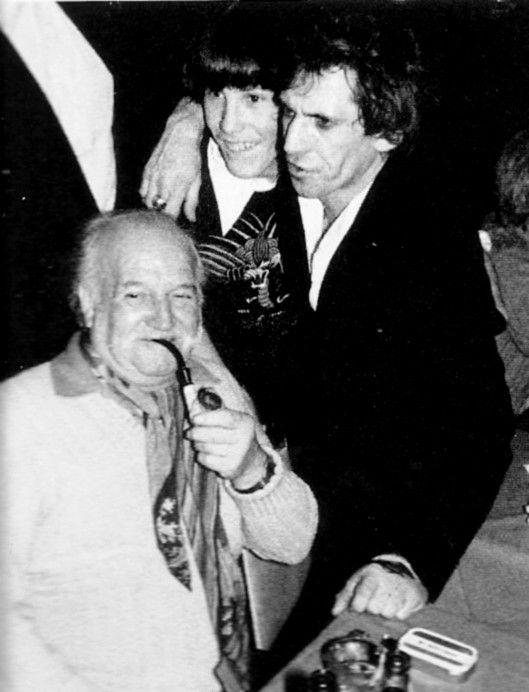 Pinterest
The need to get high does cause scary, ridiculous acts or crazy anecdotes, as happened with Rolling Stones' guitarist Keith Richards, who in an interview said that he had aspirated the ashes of his father by combining them with cocaine. 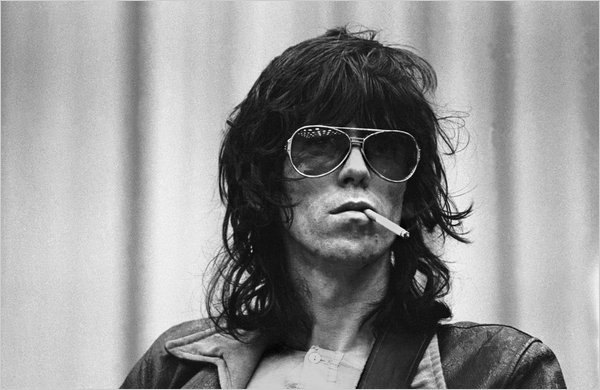 Pinterest.
Maybe no one would have thought of do something like that, and after saying it the artist wanted to deny it.  At the same time, in another interview after insistence the musician admitted that he inhaled his father.

The singer of The Mamas & The Papas died for a sandwich 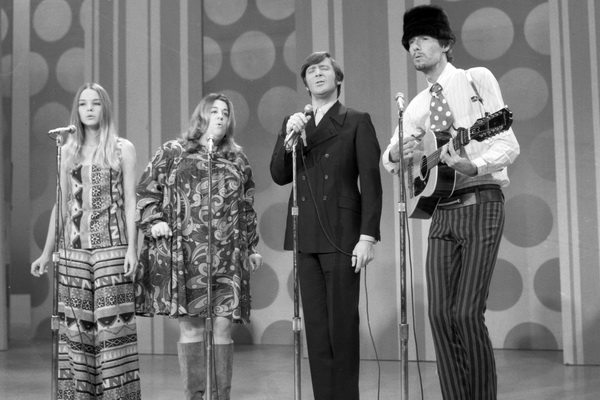 Pinterest.
For many years it was believed that Cass Elliot, former singer of The Mamas & The Papas, had died when a piece of sandwich had become stuck in her throat.

This was a joke for being overweight, actually she died of a heart attack 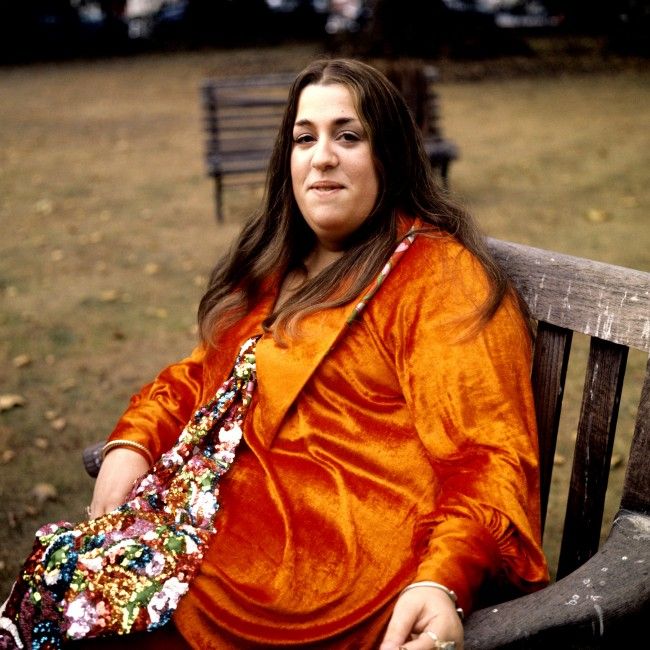 Pinterest.
The rumor came by the morbidness over her overweight. In fact, the reason for her death was a heart attack, caused by her obesity. A curious fact is that in that the same apartment in London where Elliot died, Keith Moon (the drummer of The Who)  also left this world. It must be haunted by rockstars! 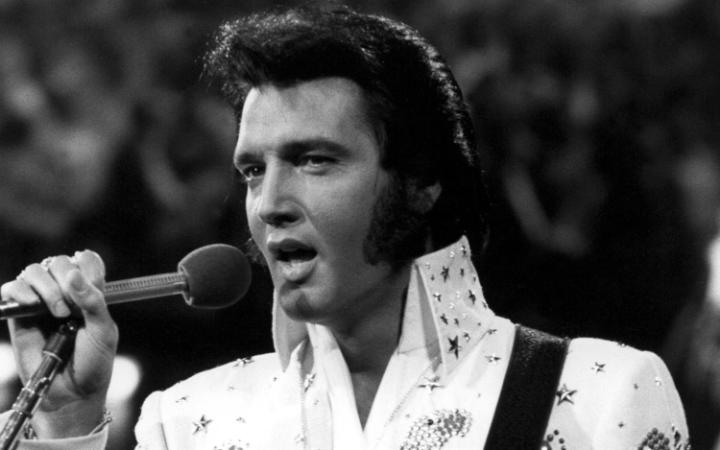 Pinterest
The millions of Elvis Presley fans around the world still haven't getten over from the death of the "king of rock" in the distant 1977 and have created the most incredible theories for comfort. Some think the singer belongs to the witness program protected by his collaboration in a drug investigation, because there were supposedly people who saw him on the day of his death leaving in a DEA helicopter at his Graceland mansion.

The King is alive! 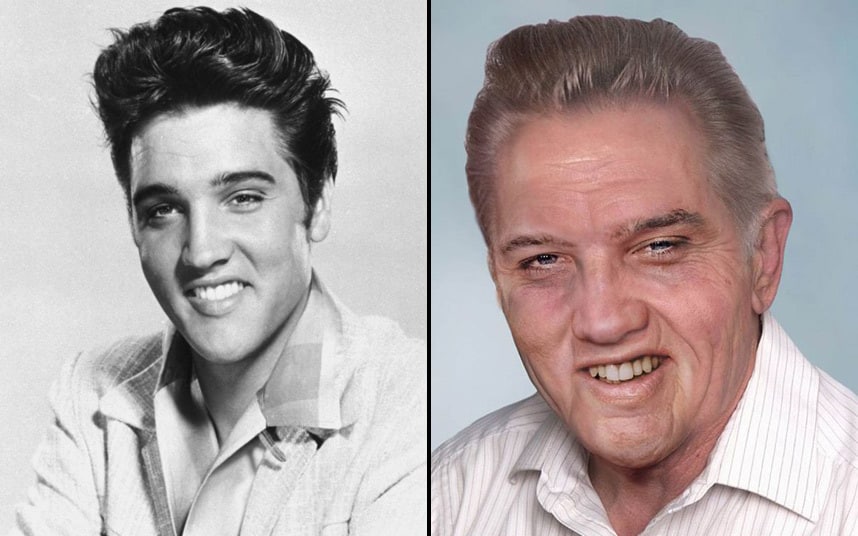 Pinterest.
Some people have said they saw Elvis in some locations in the USA and Argentina. Even a singer named "Orion" with the same style and voice was believed to be "The King", but when the rumors got stronger he just disappeared.  The only truth is Elvis Presley is still in the hearts of many people.

Satanic Messages in Stairway to Heaven 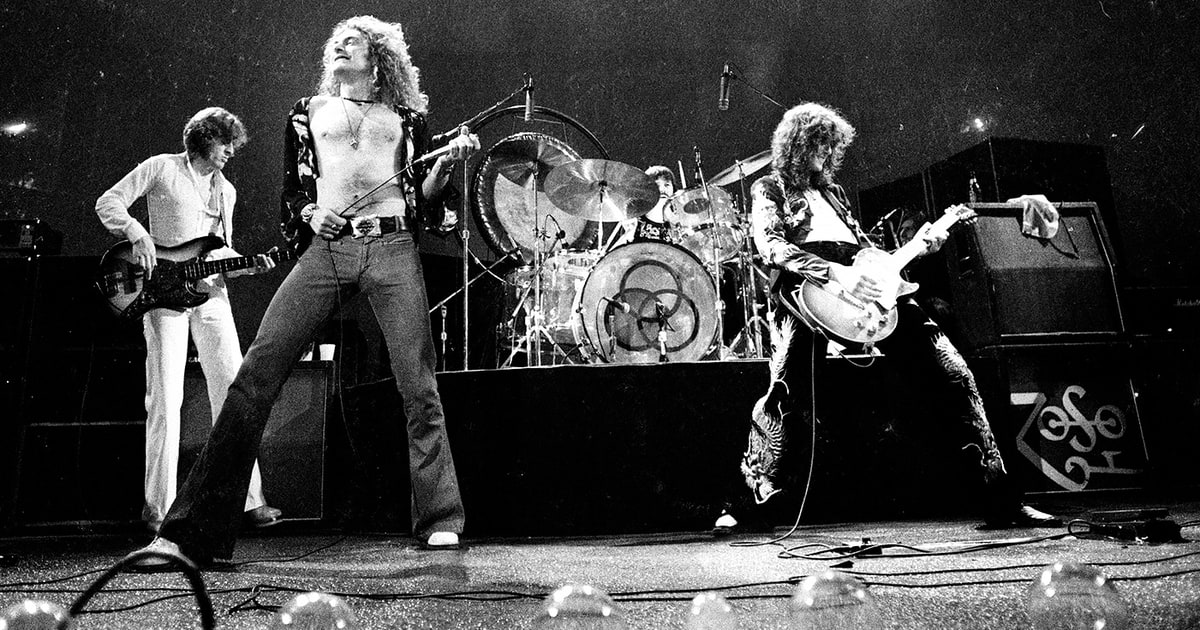 Pinterest.
Paul Crouch , a TV christian minister in 1982 claimed the song Stairway to Heaven heard at reverse had the subliminal message "here is my sweet Satan." The most disturbing thing about this reverend's act is in fact the quote can be heard (sort of) at a particular point in Led Zeppelin's famous song, but it seems to be just by chance.

The White Stripes: Jack and Meg are brothers 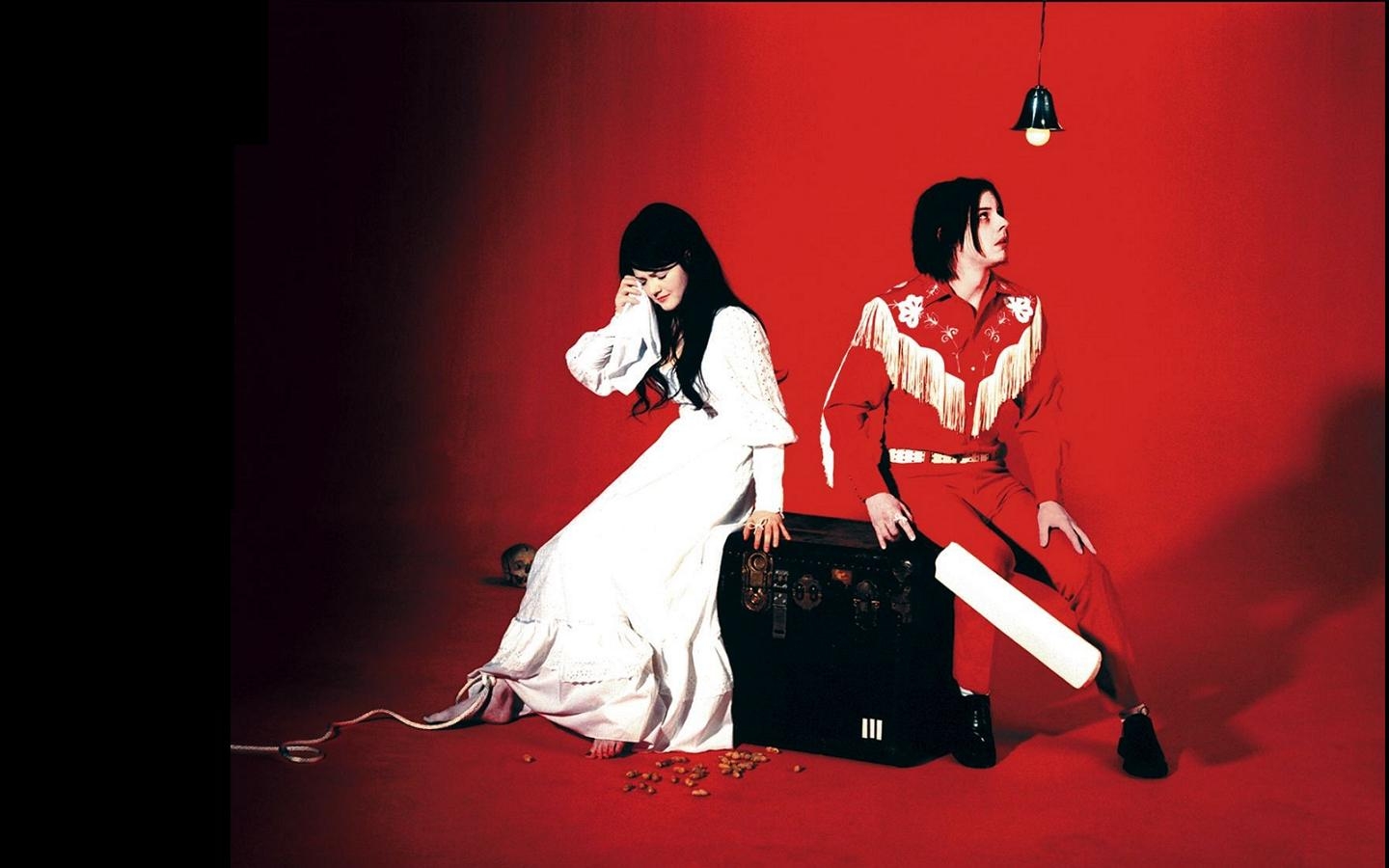 Pinterest.
The iconic couple created certain doubts about their relationship in their first years as The White Stripes. It was not until 2001 when it was officially known that they were married, although both continued to feed the morbid fans. Finally, Jack himself denied it in 2005 in an interview with Rolling Stone, saying that they let people believe it so that the focus would be on their music.
Compartir este artículo
Mundo.com