Meet the actors of Stranger Things in their daily lives

Strangers Things is an American science fiction series written and directed by brothers Matt and Ross Duffer. The story is set in the Hawkins County of Indiana in the 80s where a 12-year-old boy mysteriously disappears and a girl with telekinetic powers tries to help friends finding him. If you saw the first season you will surely fall in love with each character that comes out in this series, since the main actors are very talented guys. Learn what they do and how they are in their real lives outside the camera and set. Ready for the new season? 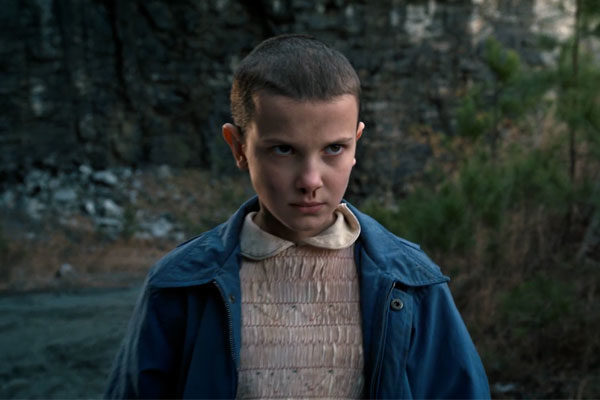 She is a mysterious young woman with telekinetic skills and a limited vocabulary, who is part of a group of boys. Somehow he managed to escape from the Hawkins Laboratory where they performed experiments with her. 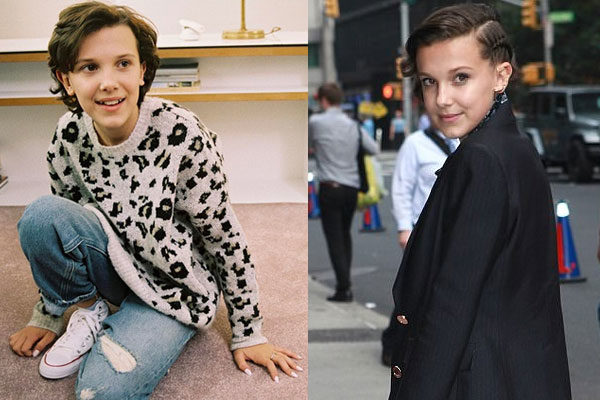 Millie is an actress of British descent born in Spain. He began his acting career when he moved to Orlando Florida in 2011, appearing since then in several series as Once Upon a Time in Wonderland, NCIS, Modern Family and Gray's Anatomy. Unlike her character as Eleven, she is a very extroverted and expressive girl, and she loves sharing pictures on social networks of her daily activities. She says that one of her biggest dreams is to become a singer. 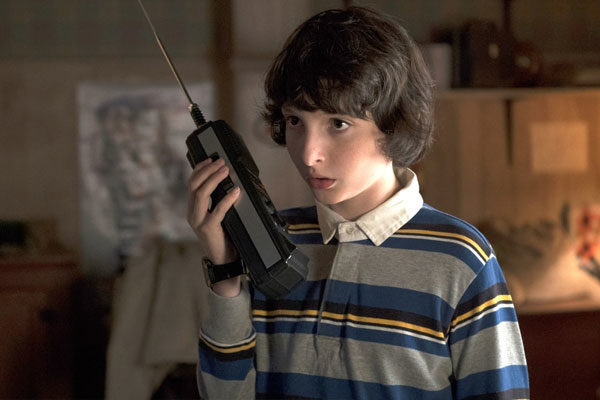 He is a very dedicated and intelligent boy who tries to find his lost friend, Will Byers, and takes the leadership of the group. He, ends up falling in love with eleven, with whom he manages to create a great connection. 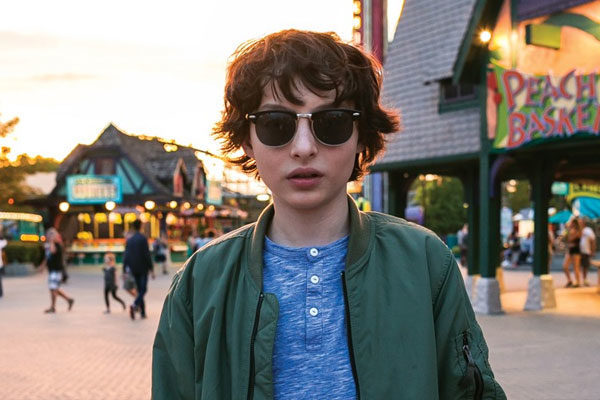 He is a Canadian actor who has gained much popularity since his role as Mike and later for playing Richie in the movie It. Apparently he is a music fan and usually uploads videos on social networks where he appears playing the guitar and singing themes from artists like Mac DeMarco or Nirvana. Without a doubt, he is a boy with a lot of style and a funny personality. 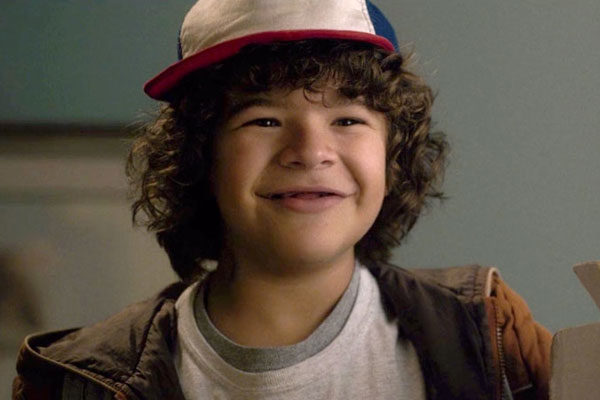 Dustin Henderson, is a bold, independent and charismatic guy. He is part of Mike's group of friends. He suffers from cleidocranial dysplasia. They often met at Mike's house with the rest of the boys to play "Dungeons and Dragons." 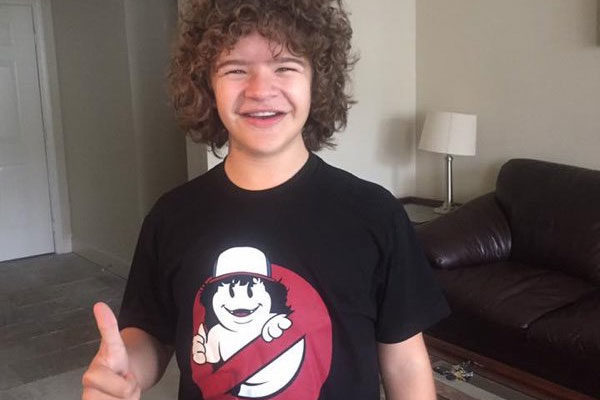 He is an American actor, who began his acting career on Broadway in 2011 playing Benji in the play: Priscilla, Queen of the Desert. In 2014 he played the role of Gavroche in the musical Les Misérables. Gaten is as nice and cheerful in real life as in fiction and also suffers from cleidocranial dysplasia, which is a strange genetic condition that affects the development of bones and teeth and gives a very peculiar look to his smile when he does not use false teeth . 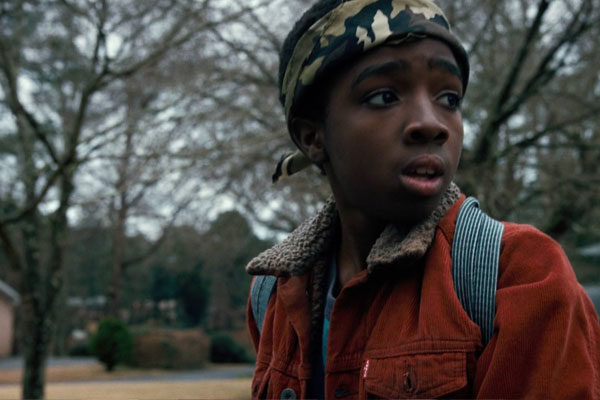 Lucas had always been Mike's neighbor, so they were best friends since childhood. Together they met Dustin in Fourth grade, and he also joined the gang. 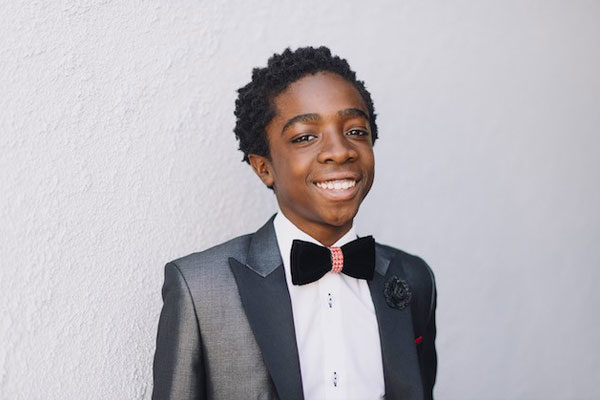 He is an American actor born on October 13, 2001. Caleb is a music lover. His career began on Broadway, giving life to young Simba in the musical of The Lion King. In addition, he has studied dance at The Harlem School of the Arts. His social networks are full of videos in which he appears singing or dancing. In his already numerous television appearances he has also shown that he has a great sense of humor. 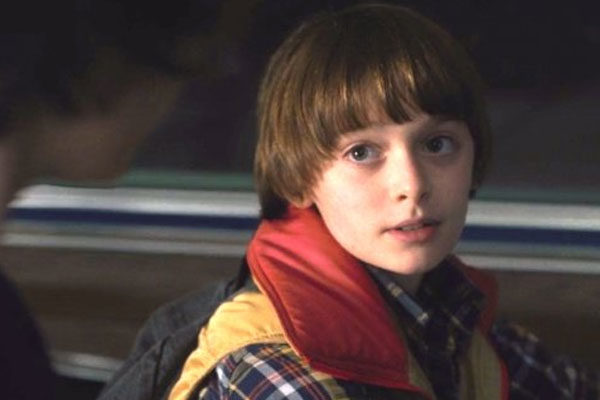 Will was Joyce Byers and Lonnie Byers son and younger brother of Jonathan Byers. Will was really close to his mother and brother, but not to his father. Jonathan became a much bigger model for him comparing to his father. Will was best friends with Lucas Sinclair and Mike Wheeler from a very young age. In fourth grade, Dustin Henderson came to his school and joined his group of friends. His strange disappearance, one night while returning home by bike, is Stranger Things plot trigger. 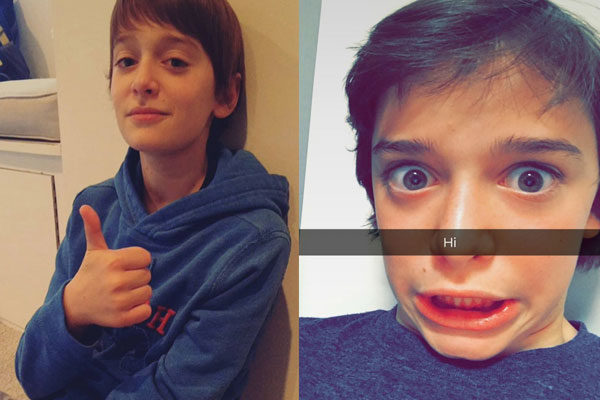 Noah Schnapp is an American actor known for his part of Will Byers in the sci-fi series produced by Netflix Stranger Things. He is also known  for his Charlie Brown's voice-over  in The Peanuts Movie. Like most of his colleagues, he has also appeared in a video clip, LA Devotee, by the American rock band Panic! at the Disco. 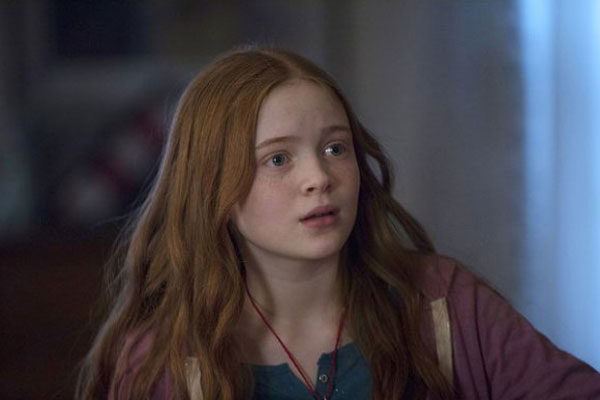 Max is a tough and confident 13-year-old girl whose appearance, behavior and activities are more typical of boys than girls. She has a complicated history and a difficult relationship with her stepbrother, Billy, who has made her protective of her past and generally suspicious of those around her. She is also good at skateboarding, which she uses to move around. 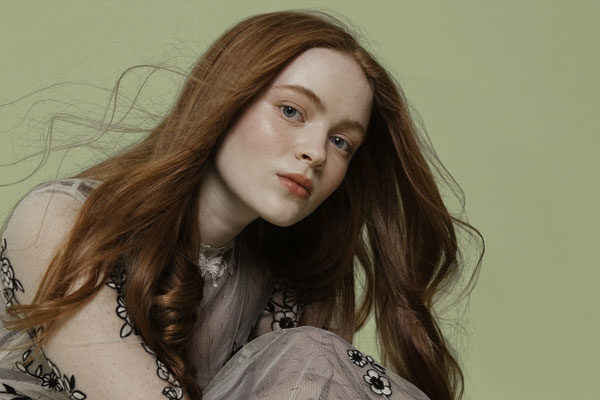 Sadie Sink is a very talented American actress. Despite her young age, Sadie Sink already has a lot of experience: she began her career as the protagonist of Annie's theatrical revival on Broadway, shared roles with Helen Mirren in The Audience and made the leap to television with the NBC series American Odyssey . 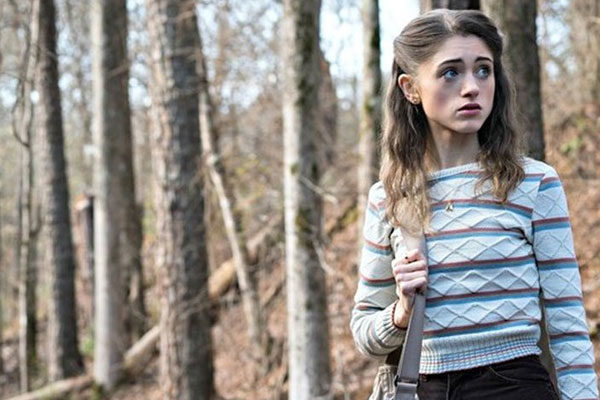 Nancy Wheeler, daughter of Karen, sister of Mike Wheeler and girlfriend of Steve Harrington, tries to find a balance between her values, emotions and responsibilities. When Nancy and Mike grew up, Nancy distanced herself from Mike and her friends, although at some point they were close. 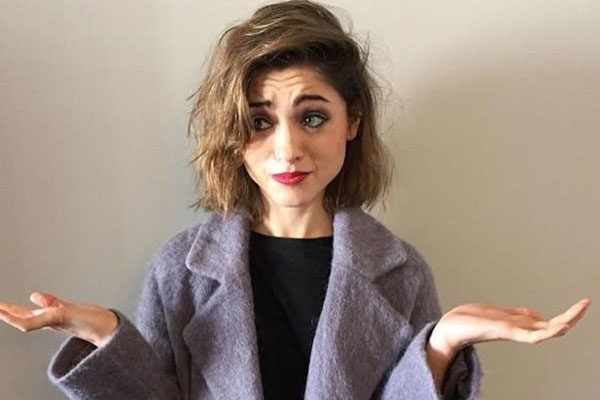 She is an American actress. Dyer is a student at the University of New York, where she attends the Gallatin School of Individualized Study, a small extension of the university in which students design their own interdisciplinary program that meets their specific interests and professional objectives. 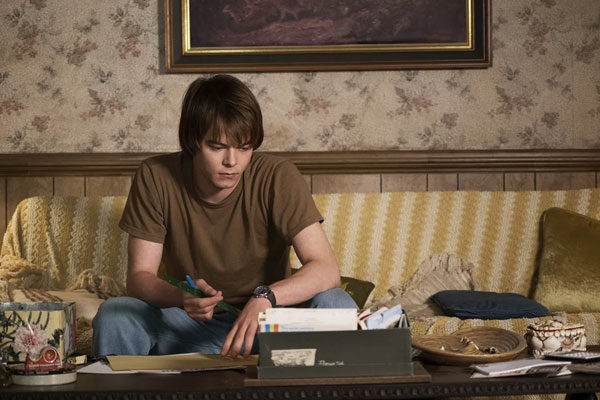 Jonathan was the first child of Lonnie Byers and Joyce Byers. Eventually, his father left his family, resulting in Jonathan becoming a role model for his younger brother Will Byers. According to Joyce, Jonathan wanted to go to New York University since he was six years old. Jonathan loved music and photography. Around 1982, Jonathan made a cassette for Will, with Will's favorite track which is a single from The Clash. 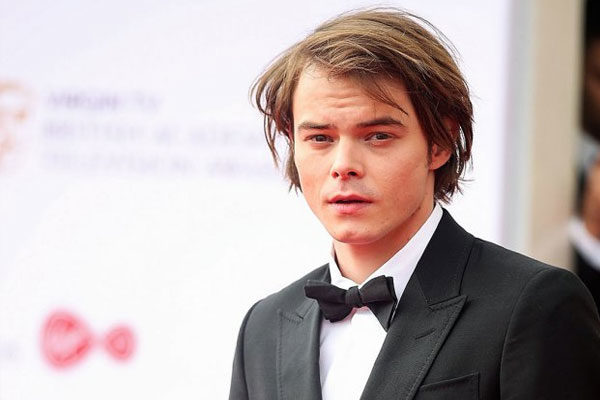 Charlie Heaton is a British actor and musician who after moving to London, at the age of 16, joined the English rock band Comanechicomo. He travelled with the drummer of it for one  year. In May of 2017, it was announced that Heaton signed to play Samuel "Sam" Guthrie / Cannonball, one of the main characters in the movie New Mutants belonging to the X-Men film saga. 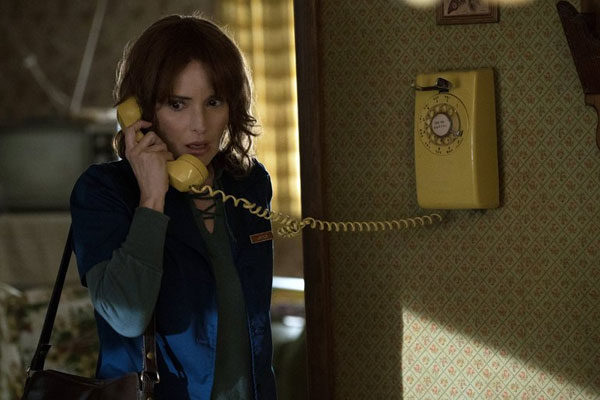 Joyce Byers is one of the main characters in the original Netflix series, Stranger Things. The divorced woman with few money, mother of Will and Jonathan Byers, works as a retailer and pays everything through her work and her son's money, Jonathan. After Will's disappearance, she was sure he was communicating with her through the lights in the house. 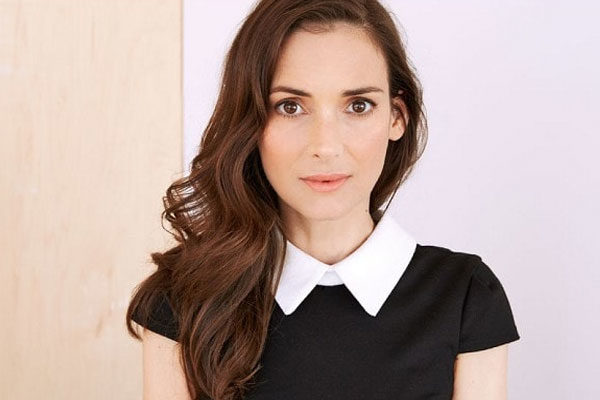 Winona Laura Horowitz, better known as Winona Ryder, is an American actress twice nominated for an Oscar and winner of a Golden Globe. Although her debut was in Lucas, her first important role was playing Lydia, a teenager of Gothic aesthetics, in the Beetlejuice movie. 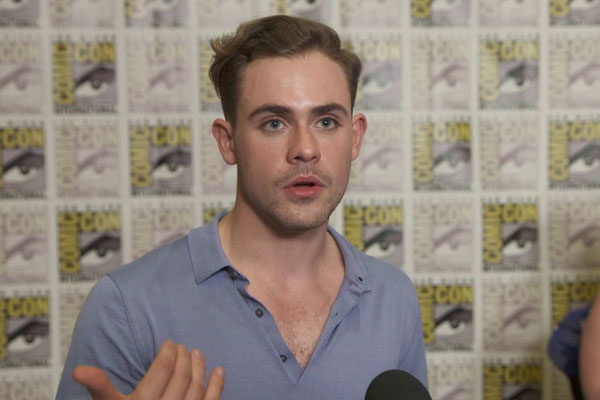 Soon you will meet the new character of Stranger Things 2, Billy who is a muscular and cocky guy. There are rumors that accused him of killing someone in his older school. He is violent and unpredictable. "He likes stealing everyone else's girlfriend  and is good at drinking games." 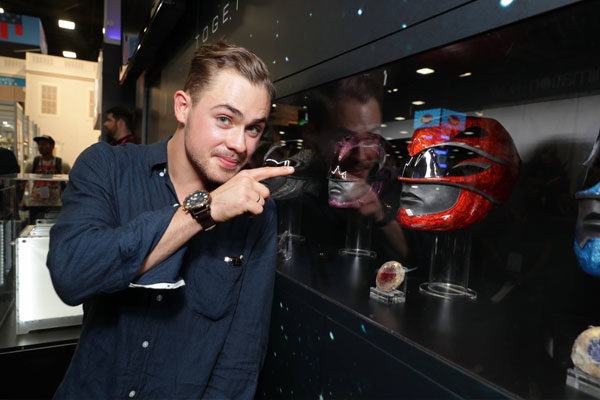 Dacre Montgomery is an Australian actor who began his career in the short film Bertrand the Terrible, where he played Fred. In 2016, it was announced that he would participate in the second season of the TV series Stranger Things playing Billy.