Celebrities Who Still Live With Their Parents - Mundo EN
Celebrity

Celebrities Who Still Live With Their Parents

Even though they make millions of dollars and can do whatever they want with it, these celebrities are still living at home with their parents.

Either because they constantly travelling and when they are at home they want to have quality time with their family and enjoy a homemade dinner, or worst, a tragedy that left their family devastated, these celebrities have chosen to stay at home with their parents.

Check out which celebrities are still living with their parents.

Rafael Nadal lives with his parents 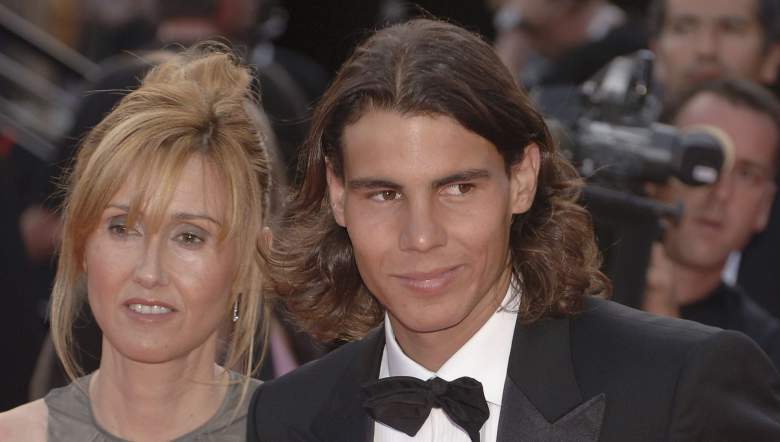 Pinterest
Good old Rafa is one of the best tennis players in the world and he always delivers an interesting match. Whether it’s because of his lightning-fast reflexes, his powerful serves or the fact that he’s constantly pulling his pants out of his back chasm, we don’t know, but he’s always a cool sight to behold. Nadal’s also a pretty cool guy and he is currently the #5 tennis player in the world. He has won an impressive eleven Grand Slam singles titles during his career so far. 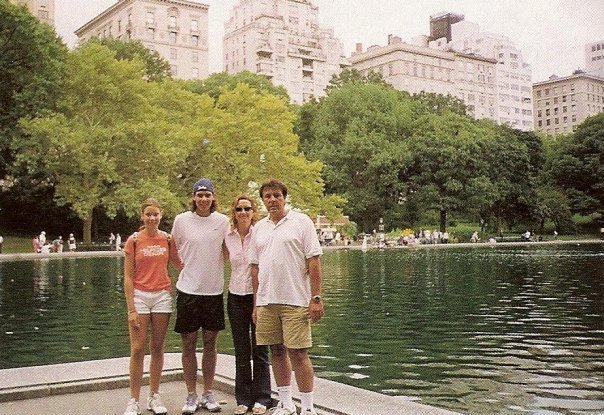 Pinterest
He is very supportive and dedicated to his family, coming from Spain, where family traditions are kind of a big thing. His uncle Toni has trained him since he was a kid, and to this day, Rafa lives in Manacor, Mallorca with his entire family. In his autobiography, he wrote that his family has always been the “holy, untouchable core” of his life, as well as his center of stability. That’s just too adorable.

Jennifer Lawrence lives with her parents 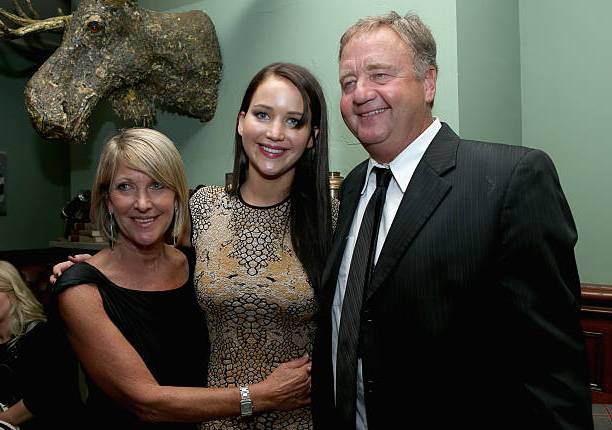 Pinterest
She’s really just a normal person, like everybody else. She likes hanging out with friends, she has a boyfriend, she has her flaws and virtues, and also she still lives in her parents’ condo. In fact, she even said that moving into a big mansion all by herself would probably be the most bizarre thing ever.

The relationship with her parents it's just beautiful 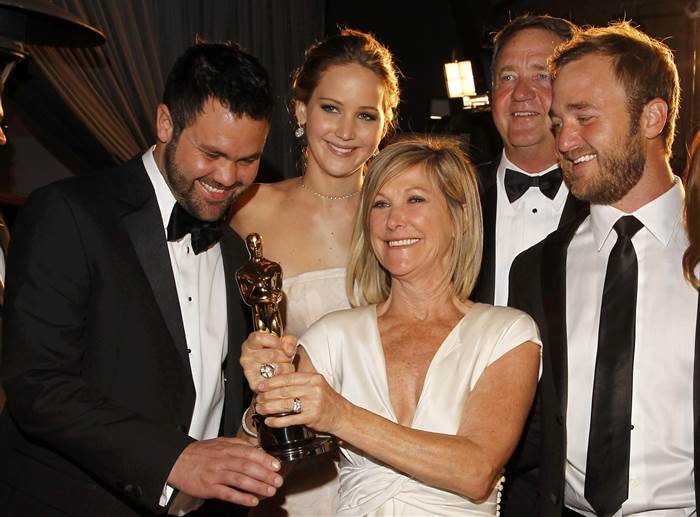 Pinterest
Since 2015, Lawrence has been the highest-paid actress in the world, and her films have grossed over $5.5 billion worldwide. She appeared in Time's 100 most influential people in the world in 2013 and Forbes Celebrity 100 the following year and in 2016.

Bradley Cooper lives with his mom 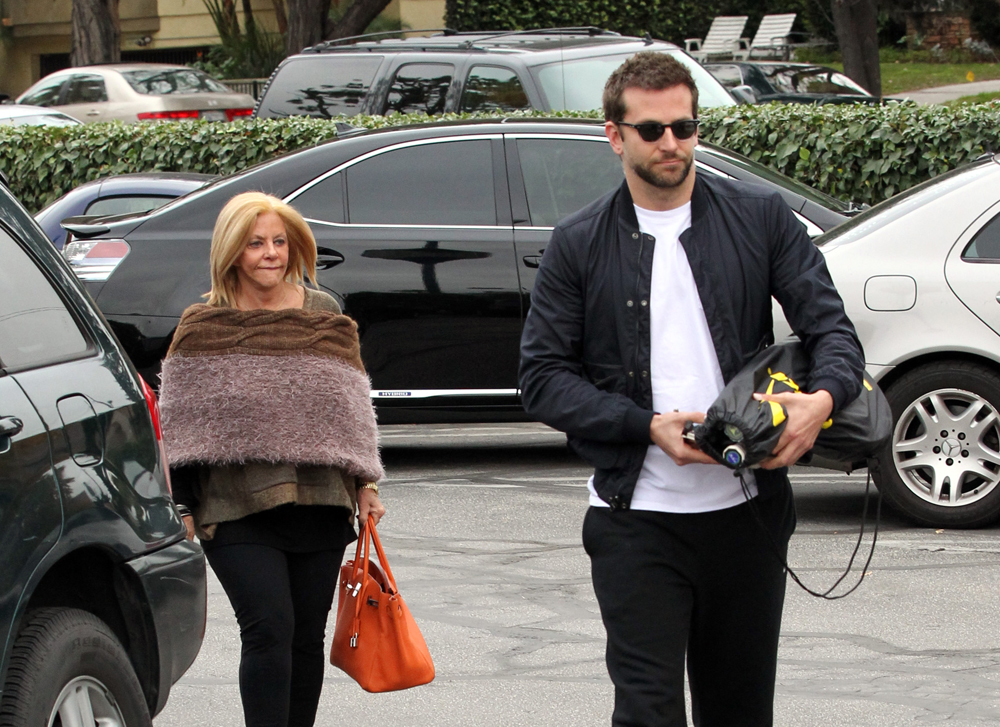 Pinterest
Unlike some other people on the list, poor Bradley didn’t have much of a choice when it came to living with his mother. The actor was unfortunate enough to lose his father, who died from cancer when Bradley was still very young. In fact, he was with his dad through the whole period, and he even openly admitted in a recent interview that he was right next to him the moment he died.

With Bradley and Irina? 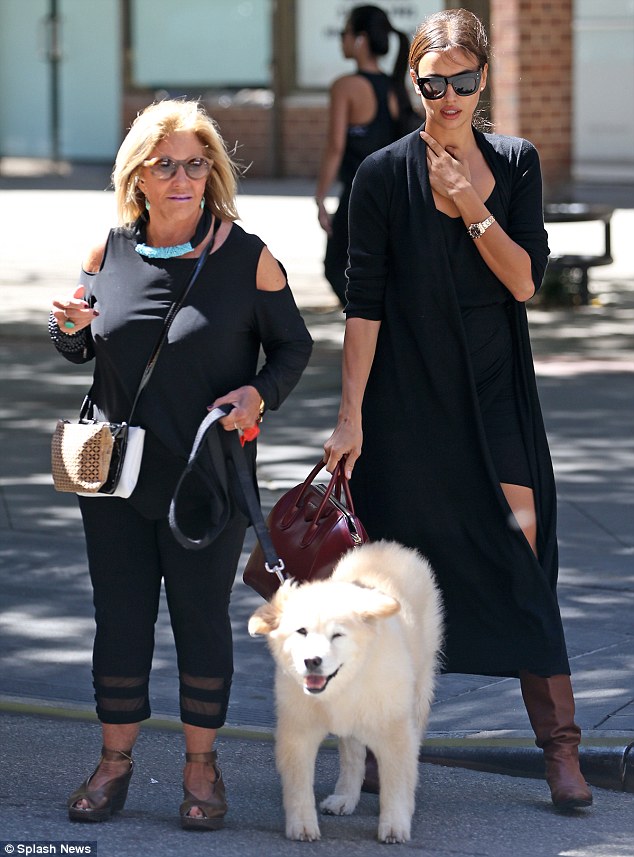 Pinterest
He invited his mother, Gloria, to move into his Los Angeles home shortly after his father died. Though they initially had a hard time coming to terms with the new situation, living together was paramount in helping them get through the rough period. It also improved their relationship. 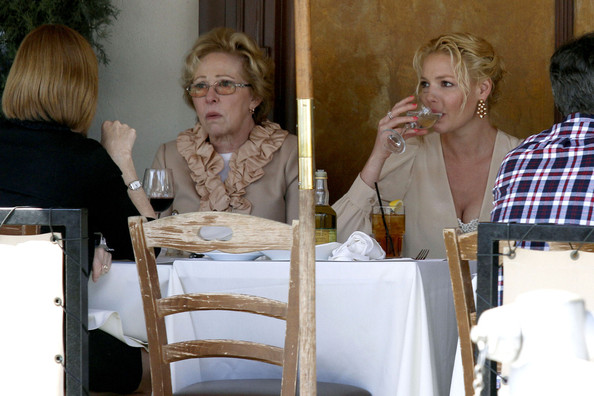 Pinterest
She’s a Hollywood actress and a busy mother. But Katherine Heigl has been increasingly spending time with her mom, since she was diagnosed with breast cancer. They’ve been seen together enjoying New York City.

Katherine lives with her mother who helps her with her daughters 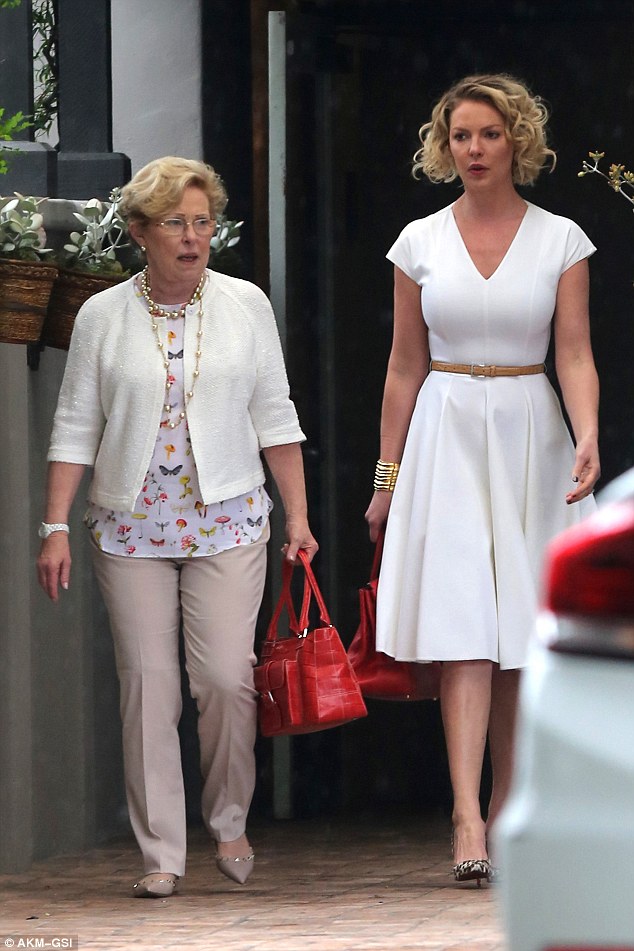 Pinterest
She is American actress, film producer and former fashion model. She started her career as a child model with Wilhelmina Models before turning her attention to acting.

Taylor Lautner lives with his parents 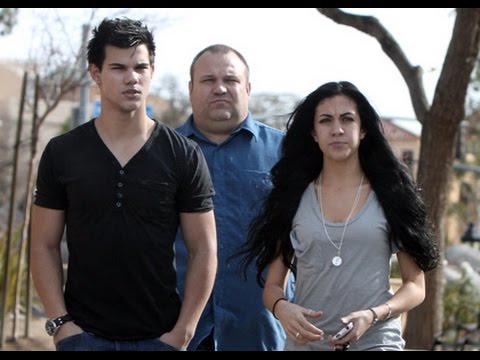 Pinterest
When Taylor was asked why he still hasn’t moved out of his parents’ place, he simply responded with “I like it there.” He further elaborated that he actually isn’t a huge fan of the ‘Hollywood buzz,’ and that he prefers more quiet environments.

Lautner is always seen walking with his parents 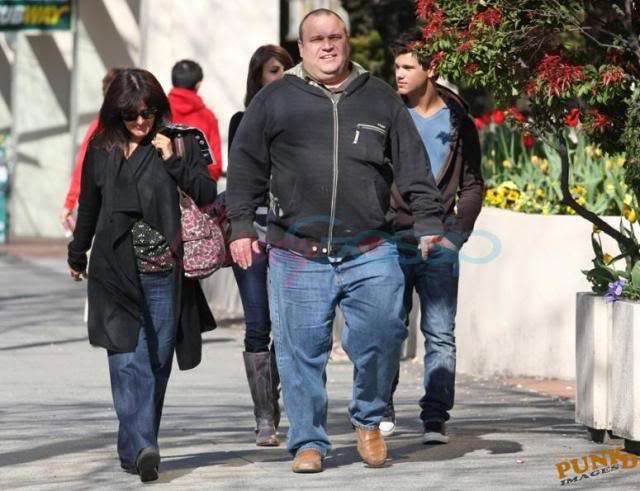 Pinterest
The famous werewolf boy might have earned piles of dollars for his role as Jacob in the popular teen flick Twilight, but he’s still just your average, everyday neighborhood lad living in his parents’ house. If you were to drive up to Valencia, California and then head toward a suburb forty-five minutes north of Hollywood, you would find his house. 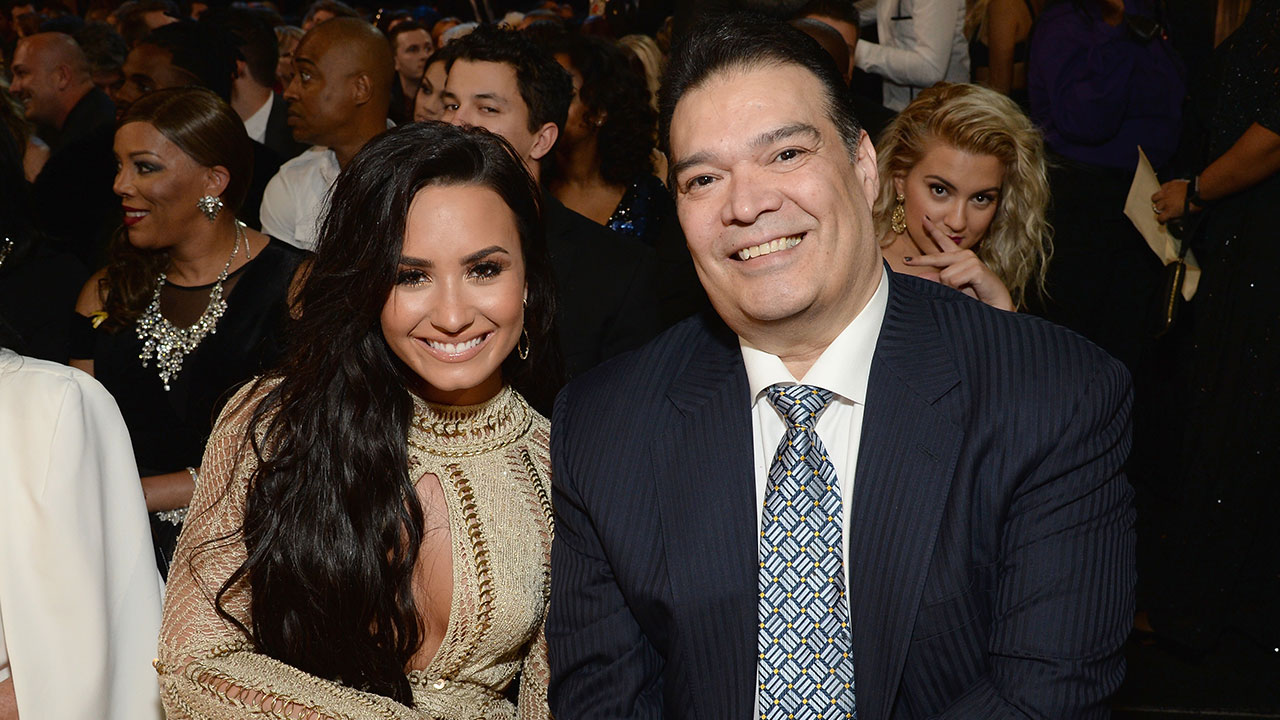 Pinterest
At first, Demi was actually split between living alone and staying in her parents’ house. While she was deciding whether to find a place of her own or stay with her mom and dad, she was making boatloads of money, she was a renowned performer with a fanbase counting well beyond millions, and the sky was the limit. She had it all, the looks, the fame, the money, but she had big problems dealing with alcohol and drug.

Demi's family supports her at all time 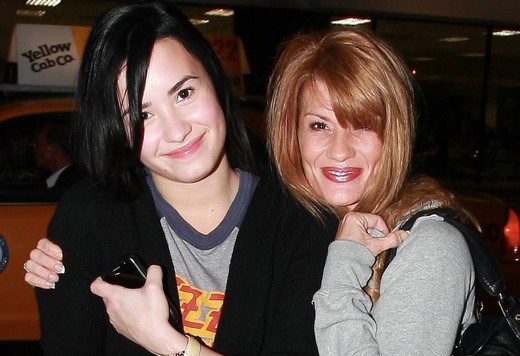 Pinterest
Demi admitted in a recent interview that she literally couldn’t go 30 minutes without snorting cocaine, which sometimes led to her having to use it onboard planes and in other bizarre situations. Puking and fainting around town from too much vodka were common as well, and so was cutting due to her self-diagnose that she’s bipolar. She realized that she had to turn to some healthy support, and that’s when she knew living with her parents was the way out.

After the scandal Kristen Stewart went back home 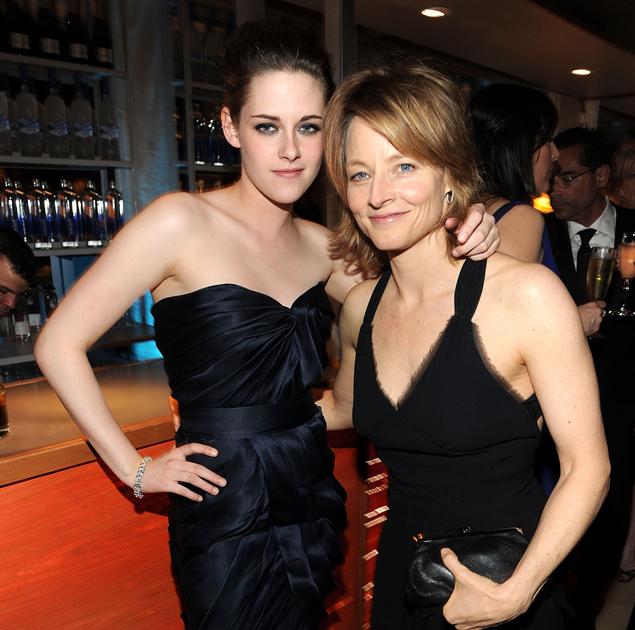 Pinterest
This is not exactly the case of a celebrity refusing to leave their parents’ house, but rather moving back in after a series of events. In this specific situation, we’re talking post-breakup stress and the need to crawl into your mom’s bosom for comfort and guidance. And this is exactly what Kristen did after her very public and dramatic split with Robert Pattinson.

She is really independent but loves being home 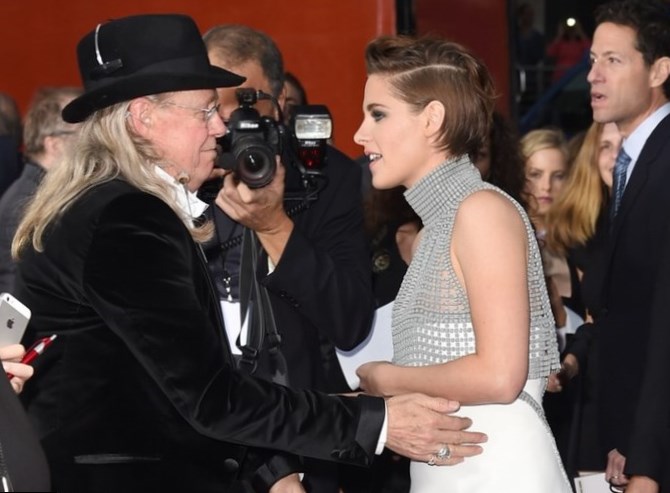 Pinterest
While the couple was together, they lived in Kristen’s house, but Pattinson was reported to have been seen driving a truckload of his belongings, along with some trash bags and his two dogs, Bear and Bernie, following their split. Before moving into her own house, Kristen lived with her mom, so this whole situation actually seems like returning to normal after all the havoc caused by the turbulent relationship.

Lord is very young and still lives with her parents 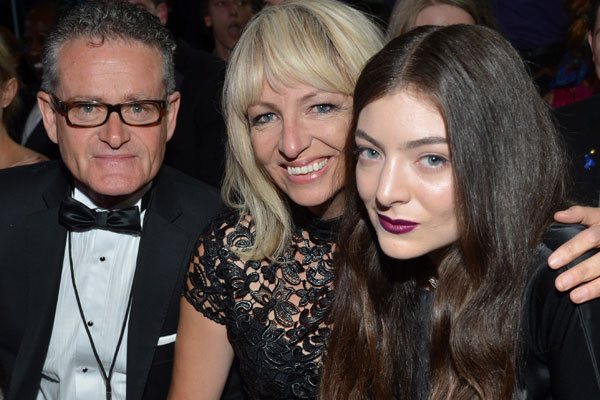 Pinterest
This young and talented woman is just too smart on everything she does, and her life and approach is minimalist. Lorde still lives at home, and belive it or not, she actually likes her parents.

They give her unconditional support 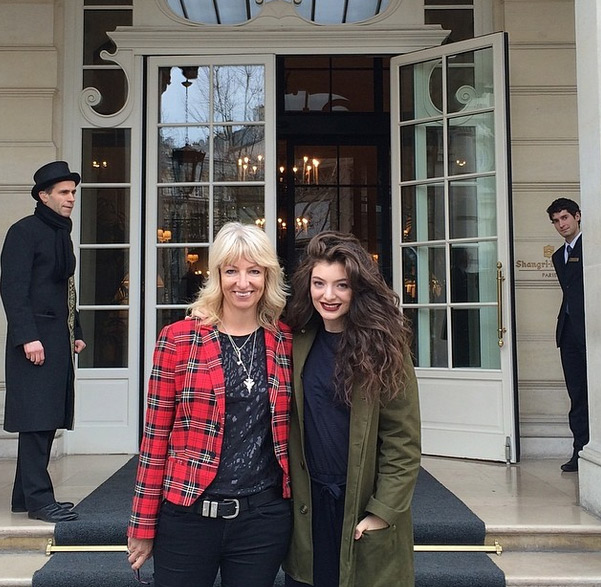 Pinterest
Ella Marija Lani Yelich-O'Connor, better known by her stage name Lorde, is a New Zealand singer-songwriter and record producer. Born in Takapuna and raised in Devonport, Auckland, she became interested in performing as a child.

The beautiful family of Miley Cyrus 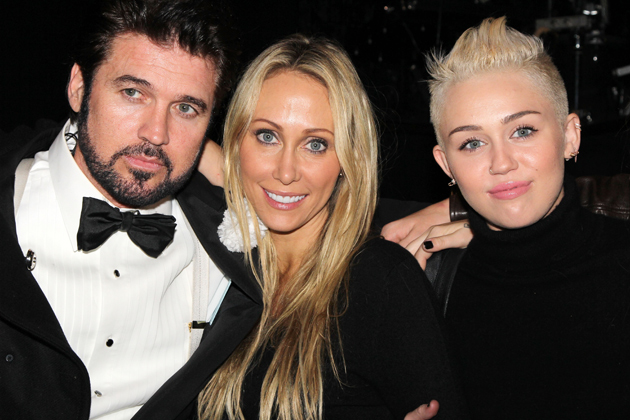 Pinterest
Miley Cyrus’ parents may be devoutly religious, but they’re totally fine with her daughter's decisions. In fact, Tish and Billy Ray Cyrus are always supporting Miley, and they’re totally proud and happy with having Miley as a daughter.

Miley and the relationship with her famous parents 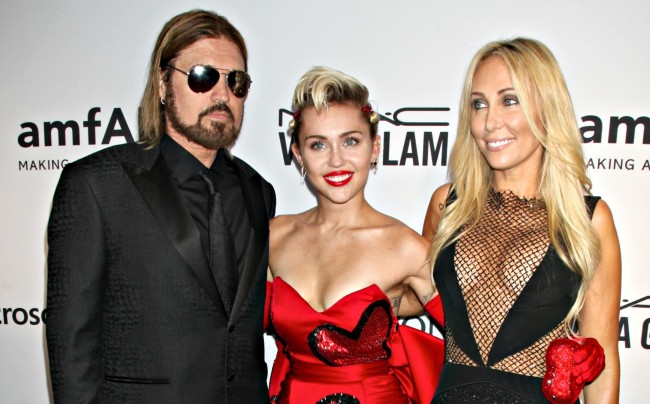 Pinterest
Miley Ray Cyrus is an American singer, songwriter, and actress. After playing minor roles in the television series Doc and the film Big Fish in her childhood, she became a teen idol for many.

Michelle Obama can't imagine her living without her mom 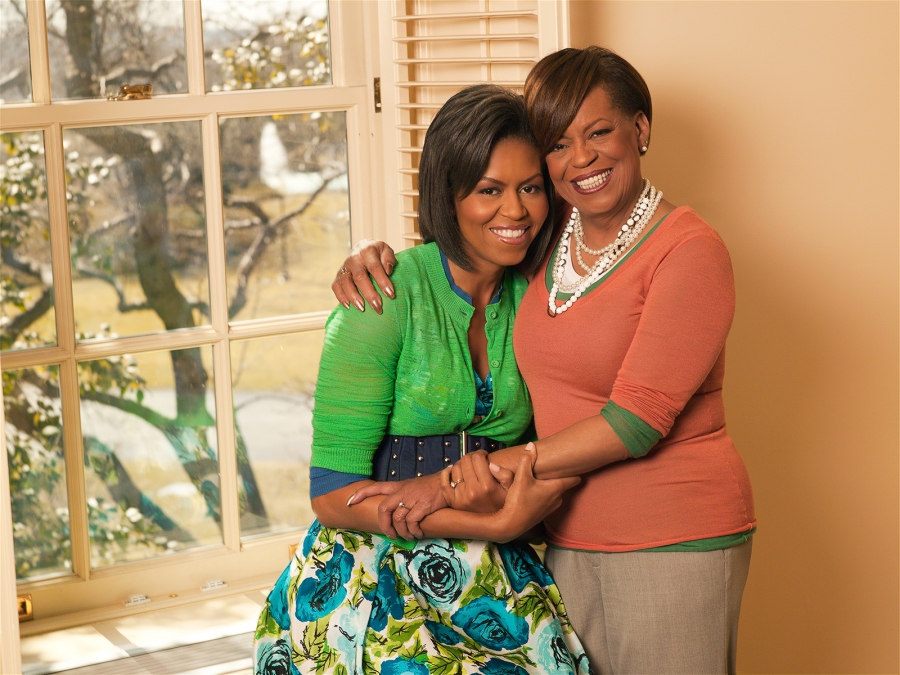 Pinterest
Marian Robinson is Michelle Obama’s mother, and takes care of her granddaughters. She isn’t there just along for the ride, she’s very much a key part of the Obama entourage.

They are always together 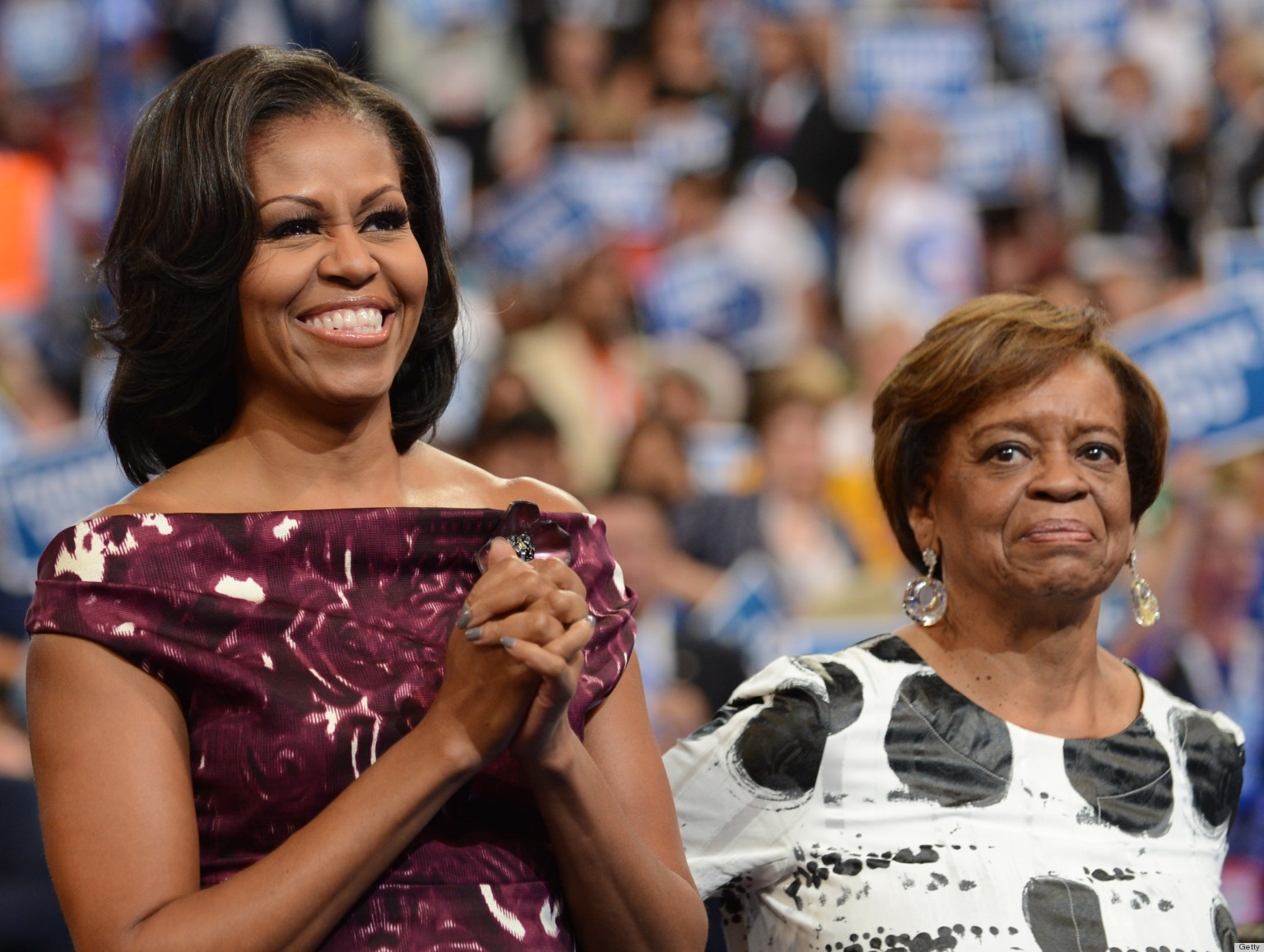 Pinterest
While Michelle and Barack campaigned in 2008, Robinson was in charge of taking care of her granddaughters Sasha and Malia, and she apparently did one heck of a job. Early in January 2009, they made a decision that it would be best for the entire family if she were to move into the White House with the rest of them. She’s the first live-in grandmother there since Elivera M. Doud.
Compartir este artículo
Mundo.com