20 celebrities who are clones of characters from the past

There is an urban legend out there that says that you have seven lookalikes around the world. While it may be almost impossible for us regular folks to find our “clones”, it’s a lot more easier for celebrities… that notoriety and the fact that so many people know your face makes it easy for others to point out lookalikes. Some celebrities even have a most curious type of lookalike: one that is no longer on this world. It sounds a bit creepy perhaps, but if you compare the celeb with their historical lookalike, the resemblance is uncanny.

Without further ado, here are some current personalities and the interesting lookalikes they have… who lived a long long time ago. 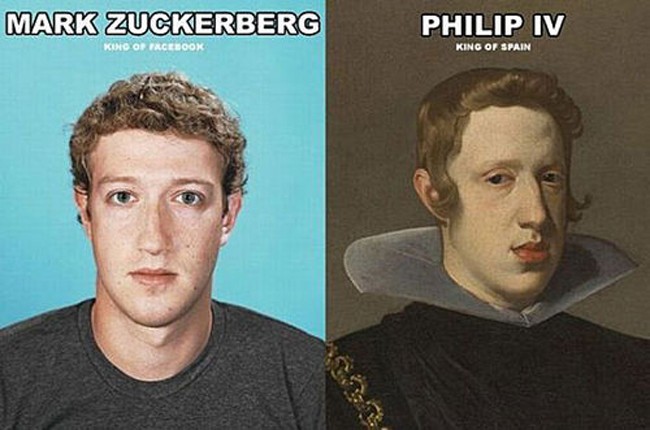 vía fress.co
Five centuries separate the King of Spain from the King of Social Media, but that doesn’t stop their eerie resemblance to each other. While King Philip led Spain into a bloody civil that spanned 30 years, Zuckerberg started a revolution of a different kind with Facebook. 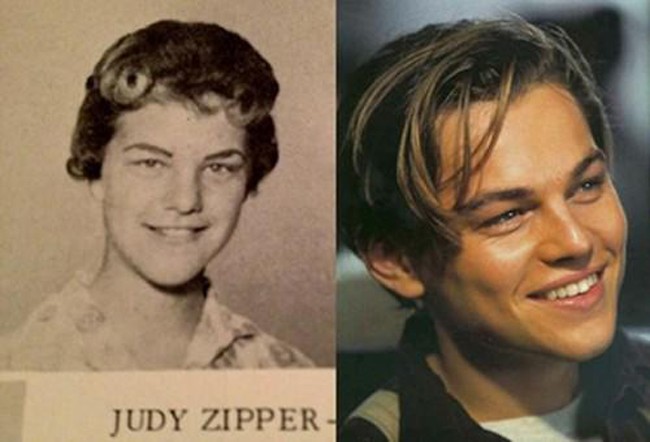 vía fress.co
Judy Zipper was an ordinary schoolgirl from the sixties. Her yearbook photo was stumbled upon and her uncanny likeness to “Wolf of Wall Street” superstar Leonardo DiCaprio was noted. Zipper looks much like the hordes of teenage girls who worshipped DiCaprio after his iconic appearance in “Titanic.” 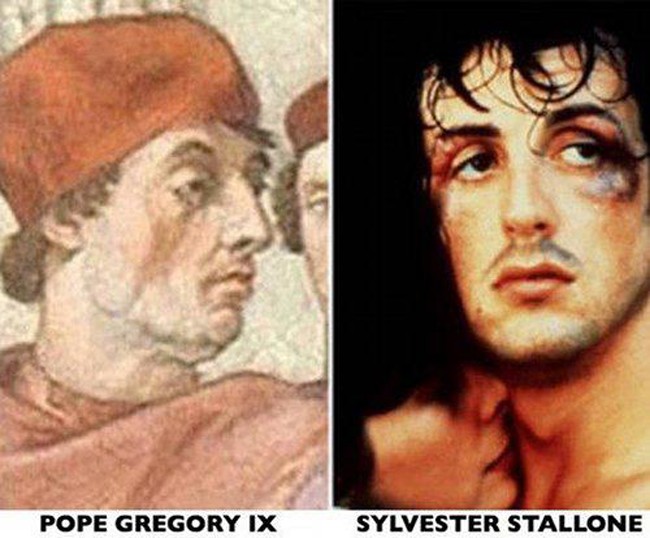 vía fress.co
Pope Gregory IX ran the Catholic church for only 14 years in the 13th century, but paintings of the long-dead pope bear a striking similarity to the face of action star Sylvester Stallone. The pope’s baggy-eyed, heavy-jowled depiction could hardly be flattering for the “Rocky” actor. 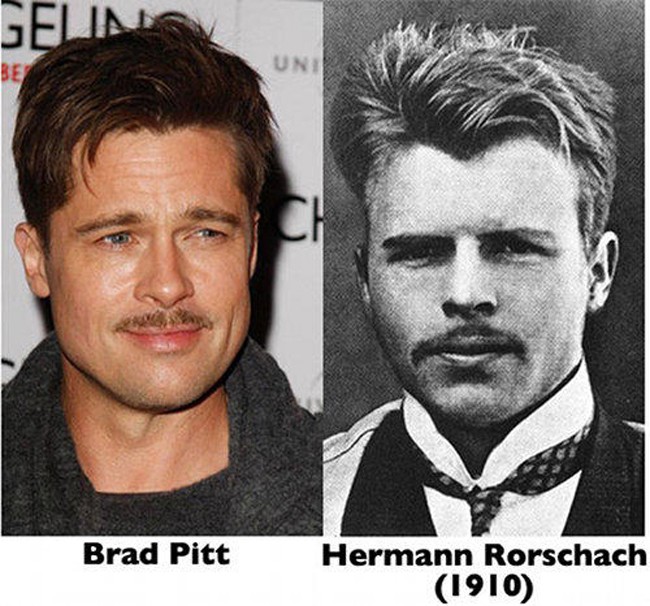 vía fress.co
What do a turn of the century psychiatrist from Switzerland and one of Hollywood’s most popular actors have in common? Looks, apparently, as Pitt was born four decades after Rorschach died. The connection between their similar faces raised eyebrows and sent hearts to pounding. 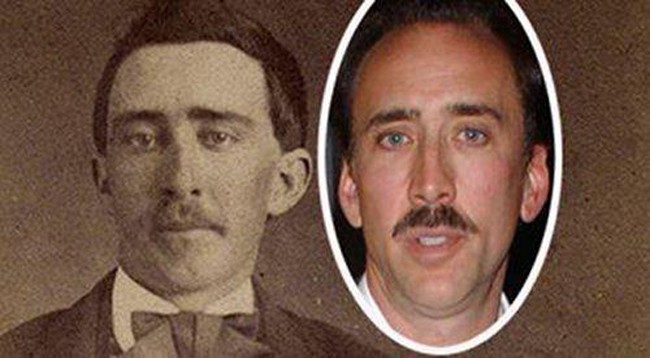 vía fress.co
Rumors flew that Cage was immortal when comparisons between the “Leaving Las Vegas” actor and this random man from the time of the Civil War made the rounds on the internet. Theories to explain the photo abound, including that Cage is a vampire, time traveler, or an old-fashioned immortal. 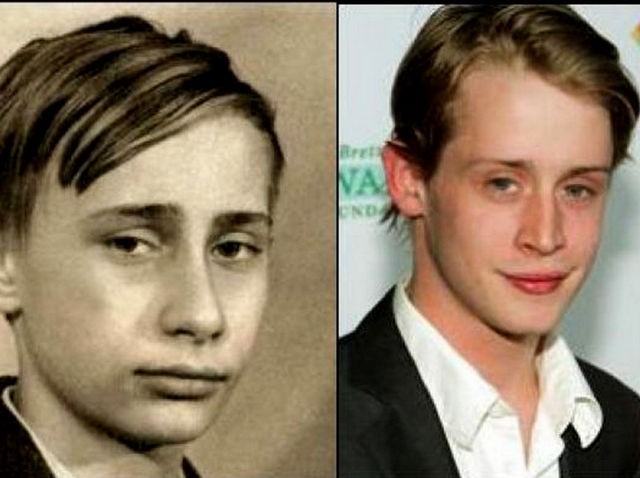 vía fress.co
Living at the same time does little to connect Culkin and Putin, but pictures of Putin in his youth draw many comparisons to Culkin as a grown man. The “Home Alone” star has become rather eccentric in his adulthood and struggled with addiction, while Putin has become the ironclad leader of Russia. 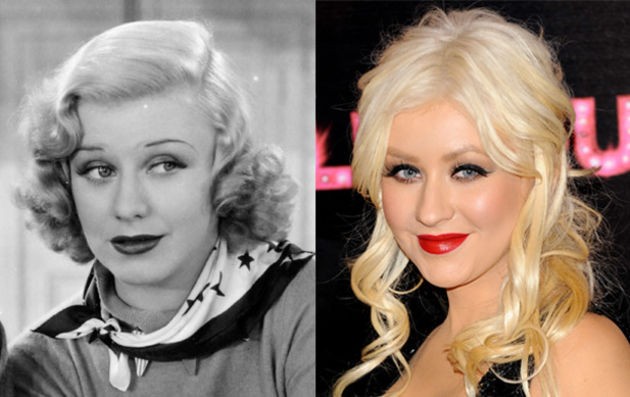 vía fress.co
Ginger Rogers was best known as Fred Astaire’s fleet-footed dance partner with an abundance of grace and poise. Her facial twin, Aguilera seems to have taken a different road to fame, but with no less talent and popularity. 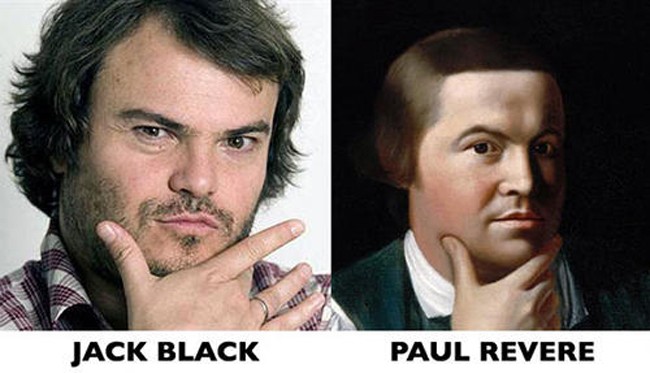 vía fress.co
“School of Rock” funnyman Jack Black has a brother from another mother over two hundred years apart from Paul Revere. Revere’s legendary ride to warn of the impending invasion of the British proves that both men also had the vocals to accomplish their goals. 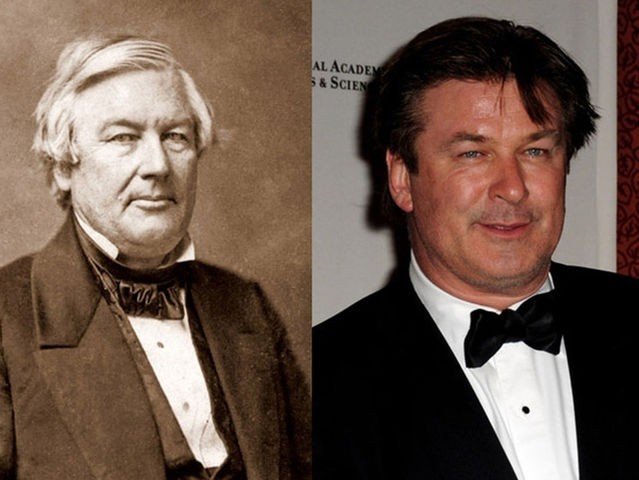 vía fress.co
The 13th president of the United States and “30 Rock” star Alec Baldwin have more than a passing resemblance to one another. One has to wonder, however, if their political views would have lined up as neatly as their features.

10. Peter Dinklage and his likeness in the work of painter Diego Velázquez 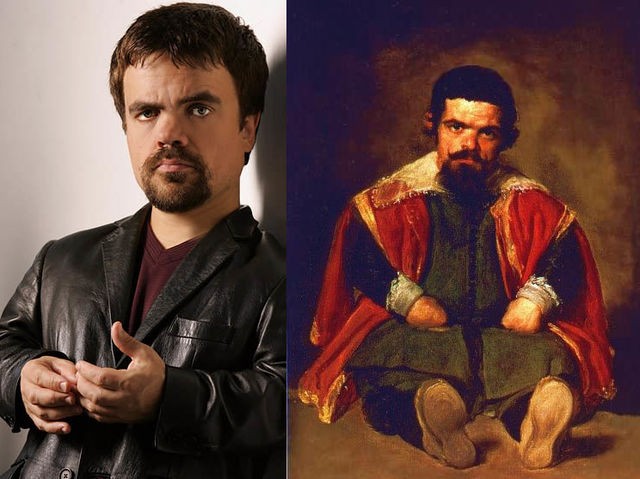 vía fress.co
Velazquez’ “Portrait of Sebastian de Morra” beautifully captures the image of Sebastian de Morra centuries before the birth of de Morra’s “double” Peter Dinklage. The “Game of Thrones” actor has been immortalized on the small and big screens for future generations and comparisons. 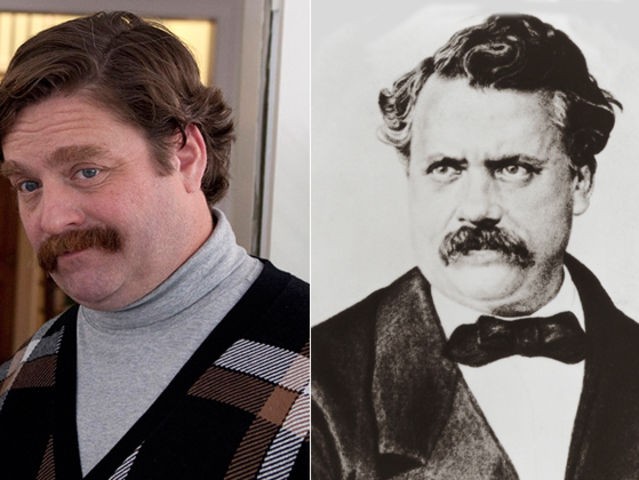 vía fress.co
Louis Vuitton, French designer of the highly prized Vuitton handbags and other fashion pieces, has a twin in comedian Zach Galifianakis. Vuitton and Galifianakis have little in common, but it would not be much of a stretch to imagine “The Hangover” star carrying a Vuitton bag in the movie.

vía fress.co
Both Jay-Z and the anonymous man from Harlem lived in New York, so that logical question raised would be, are these two men related? It is unknown if they are, but the iconic rapper and the mystery man could certainly pass for twins. 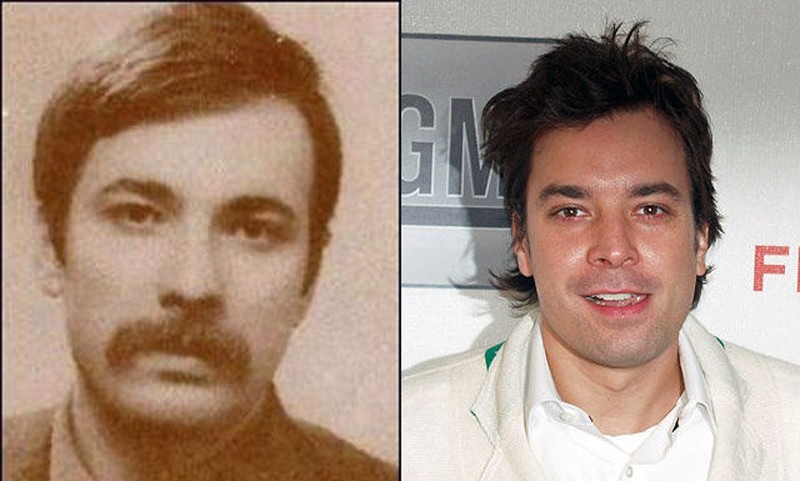 vía fress.co
Mahir Cayan was a politician from Turkey and Jimmy Fallon is the newest host of “The Tonight Show.” The two hardly seem to have anything in common except being mirror images. Maybe Fallon can turn this into a comedy bit. 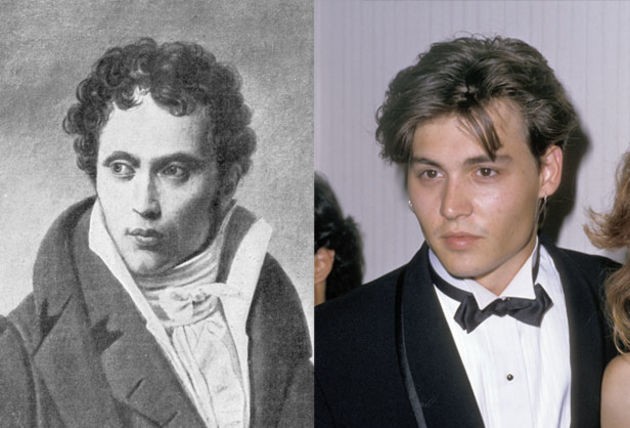 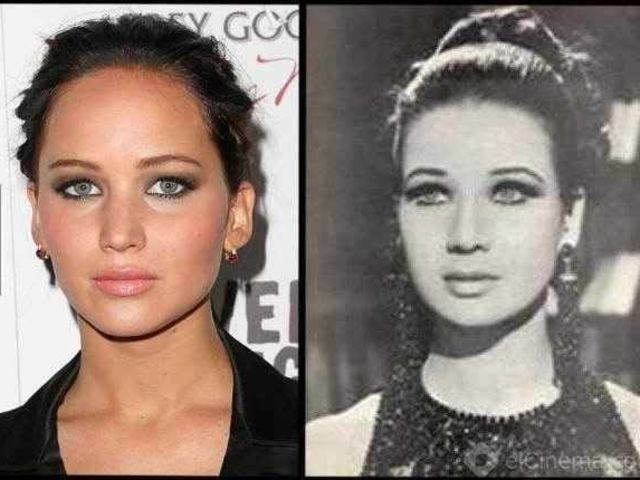 16. Justin Timberlake and a criminal from the past 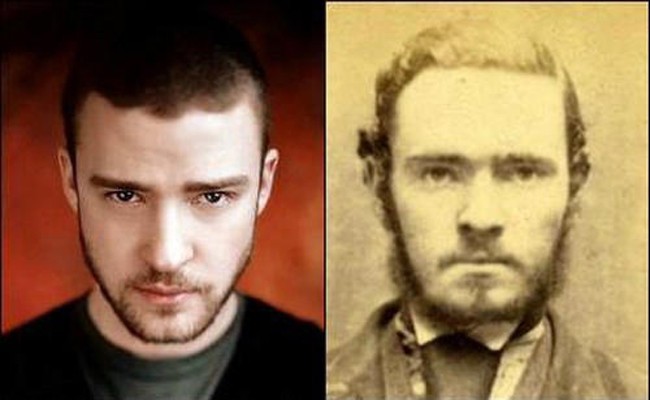 vía fress.co
Timberlake and his old-timey counterpart make the observer wonder if Timberlake has a few criminals dangling from the family tree. If not, the “Cry Me a River” singer may have been hiding a time machine and a penchant for trouble with the law.

vía fress.co
Both artists in their own right, Bloom and Grigorescu used their inherent creativity to produce lasting works of art. Both men were also blessed with lustrous, full heads of hair in addition to their matching features. 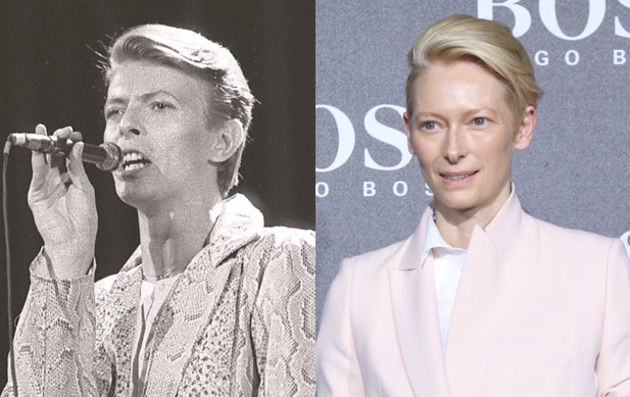 vía fress.co
It makes an odd sort of sense that the androgynous rock icon and the androgynous Oscar winner look quite alike. The pair is tall, ethereal, and almost neutral in their sexuality. It would not be a shock to discover they were long-lost siblings. 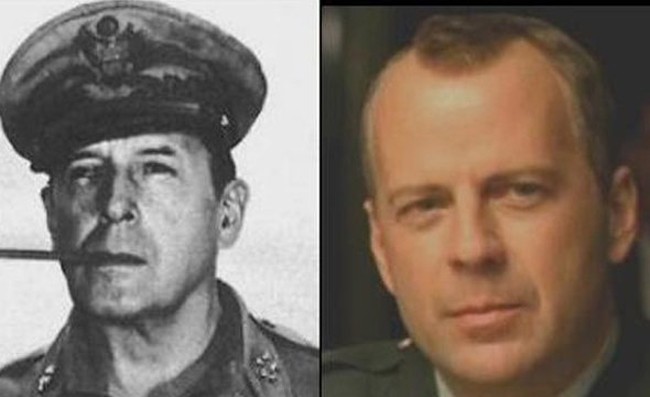 vía fress.co
Two war heroes, one real, one made from movie magic, have more than military stratagem in common. It is worth noting, however, if their physical resemblance is so uncanny or merely their auras of masculinity so similar. 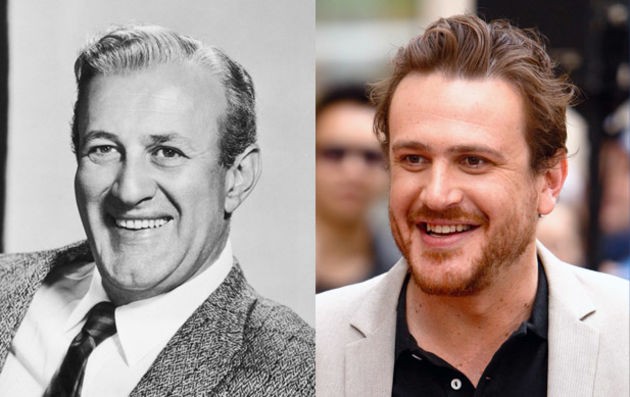