This is the cutest pug I’ve ever seen! Check out the doodles on these pictures - Mundo EN
Animals

This is the cutest pug I’ve ever seen! Check out the doodles on these pictures

It’s amazing how human creativity has no limits; it can turn something simple into something extraordinary. In this case, this lovely pug became an internet sensation after his owner started editing the pictures he took of him. He’s just too adorable so it makes perfect sense.

“Monsieur Georges” is the name of this pug, his owners have doodled all of his pictures and they are really funny, he even imitated famous characters of movies like Harry Potter; check out the pictures! 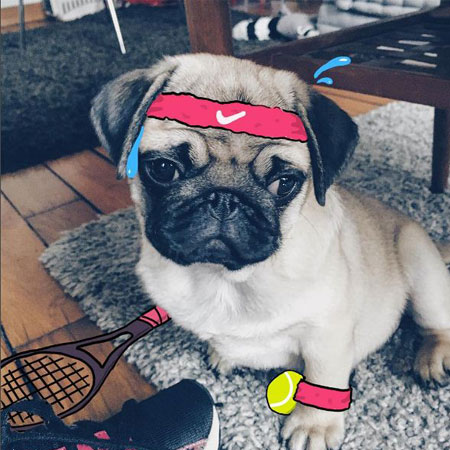 This pug is just as talented as Djokovic or Nadal, in just a few months he has become an expert in Tennis. As we can see in the picture Mr. Georges is exhausted after a hard and grueling workout, well, as we all know…practice makes perfect! 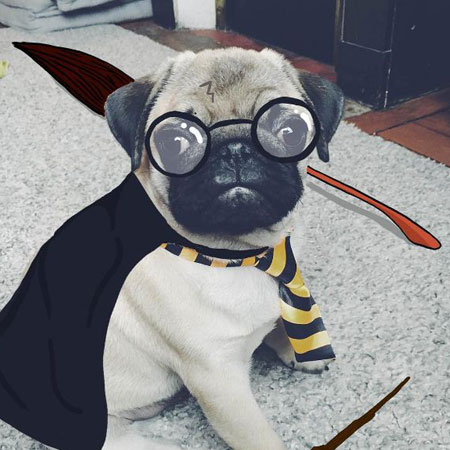 In this picture, Monsieur Georges is mimicking the most famous wizard on the big screen; all they had to doodle was the black cape, the glasses, and the unique scar. He is definitely the most adorable Harry Potter we’ve ever seen! 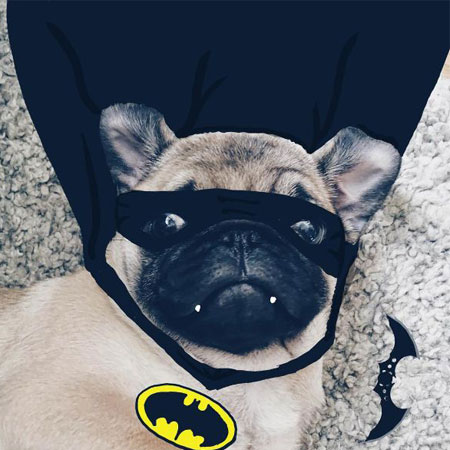 If you ever feel like you’re in danger do not hesitate to call the new Batman, this furry friend  is ready to fight any criminal who crosses his path; there is no doubt that their owners are quite creative and talented. 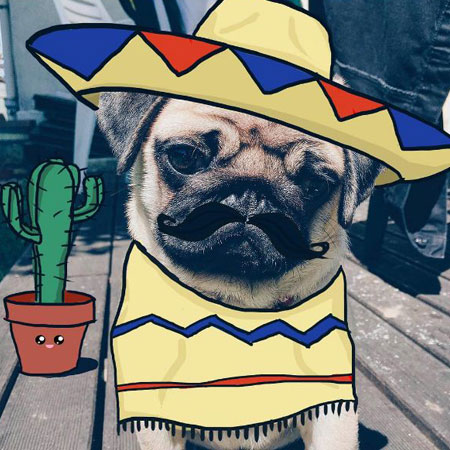 This pug can play any character he wants; in this picture, he is all dressed as a Mexican. With his poncho and sombrero, this little buddy is more than ready to enjoy some delicious nachos and go to a fiesta! 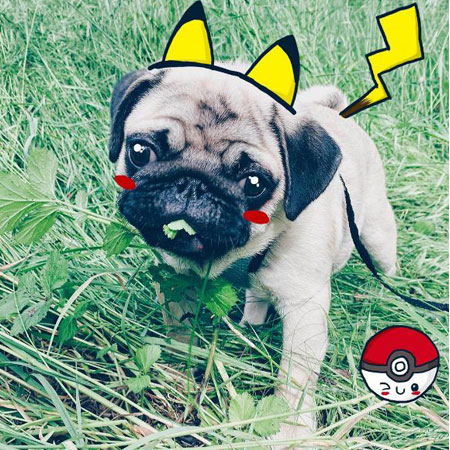 We all know how popular Pokémon Go has become in the past few months, so Mr. Georges was disguised as the most famous one of all. His owner doodled Pikachu’s tail and ears, and they did a pretty good job! Let’s just hope, he won’t get caught by any of the Pokémon players. 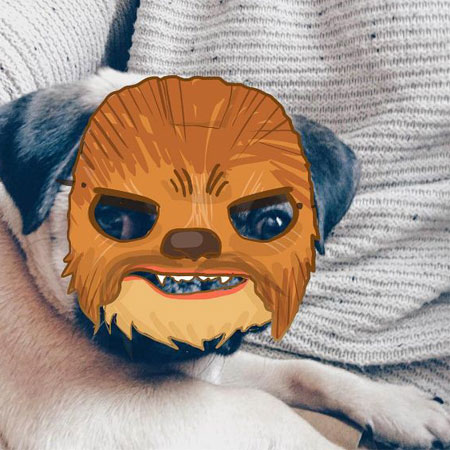 One of the most famous fictional characters of all time is Chewbacca! He is known for being part of the famous Star Wars movie. Monsieur Georges probably enjoys watching these movies on a Friday night! 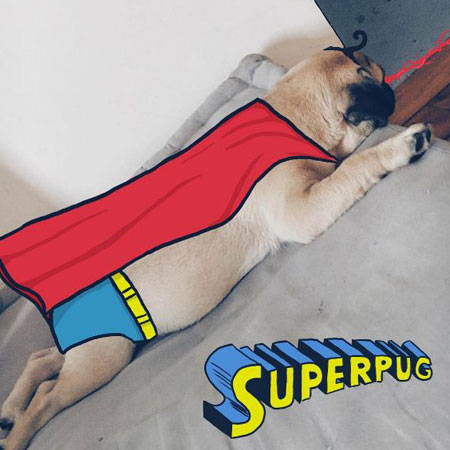 This little superhero does not need to take any breaks; he wants to make sure that his owners are safe from all danger!  Superpug is one of his many secret identities, he might be a little out of shape, but that’s no problem! 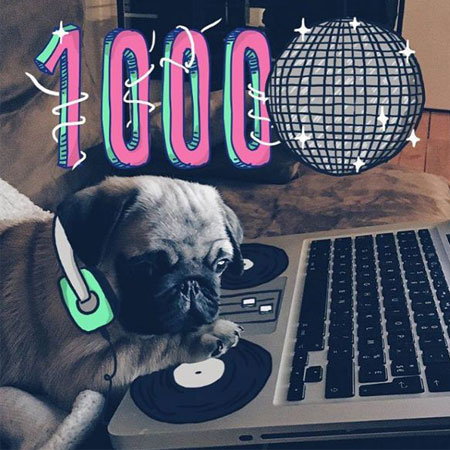 If you are looking for a DJ to play at your next party, then we’ve got the best option for you! Dj Pug is more than ready to make your party an unforgettable experience. Aside from being really cute, this pug is very talented DJ! 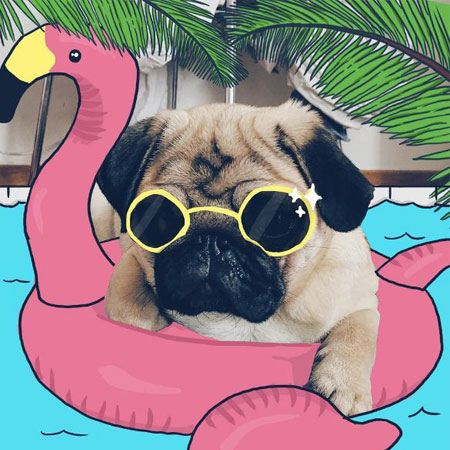 Being a star on the social networks can be exhausting, Mr. Georges needed to take a break so he went to the beach to relax for a bit. Palm trees, a lifeguard, and a cocktail are pretty much all you need to get away from everything. 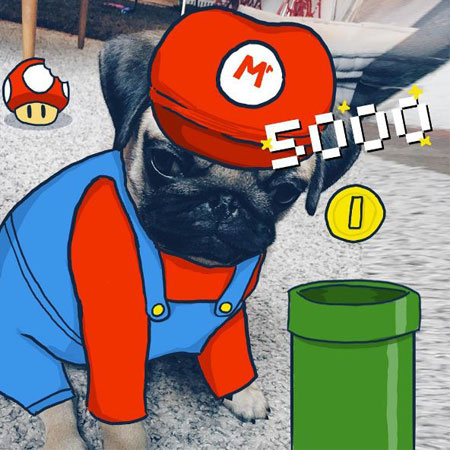 This versatile pug is disguised as one of the most famous characters in video game world; Mario has become a real Nintendo icon.  Jumpman was the name of this character, but it was later changed to Mario. 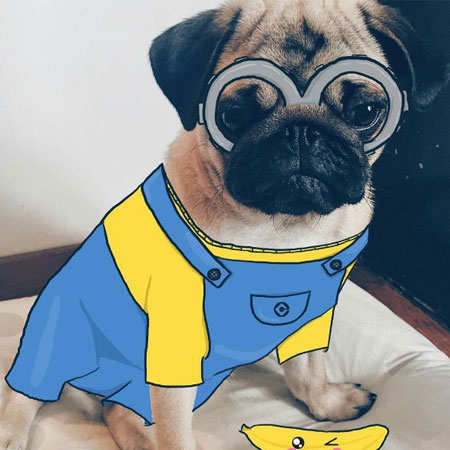 The minions became extremely popular since the release of the film “Despicable Me”, minion merchandise was sold all around the world thanks to the popularity of these cute characters. Our little friend could not pass up the opportunity to dress up as one of them. 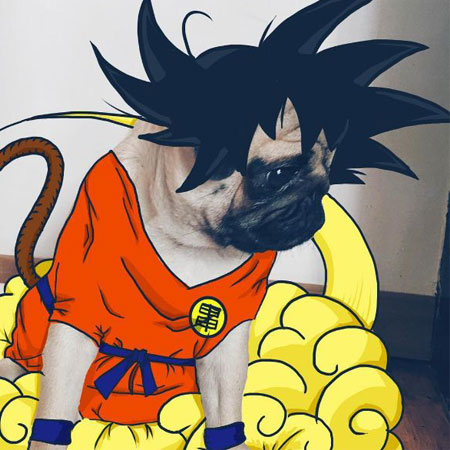 Monsieur Georges’s owner has thought of many popular characters and this time, he doodled the main character of the Dragon Ball manga and anime created by Akira Toriyama, this manga has been a major influence in the creation of similar mangakas. 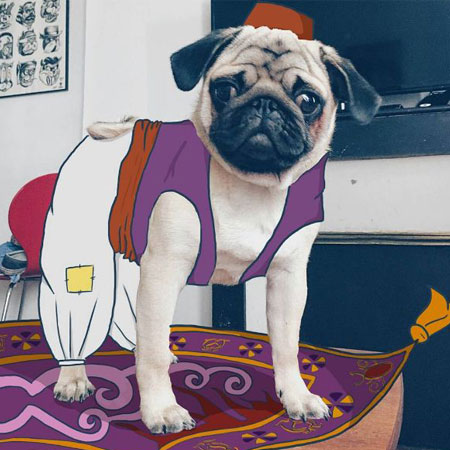 We are all fans of the wonderful Disney movies, all the fairytales have been people’s favorites for years and thousands of generations have enjoyed their magic. This cutie disguised himself as one of the most popular princes, Aladdin.

Houston, we have a problem 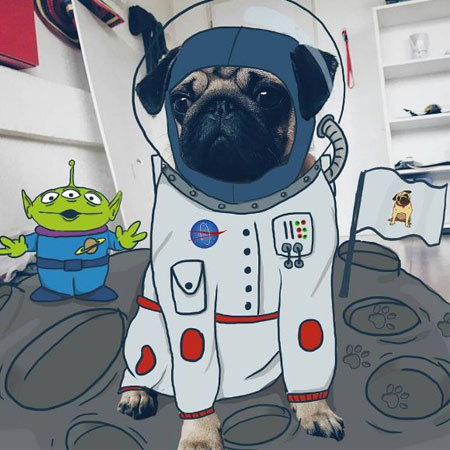 On July 21st, 1969, 600 million people around the world witnessed one of the most important events of the twentieth century: the arrival of humans to the moon. But little did we know, the first dog to walk on the moon was this cute astronaut. 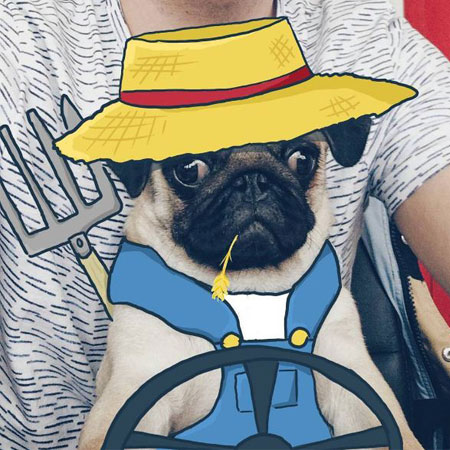 Our little furry friend is ready to check if his crops are ready. With nice overalls, a straw hat and a tractor, Monsieur Georges can’t wait to get to the fields. This is definitely one of the funniest doodles on the list! 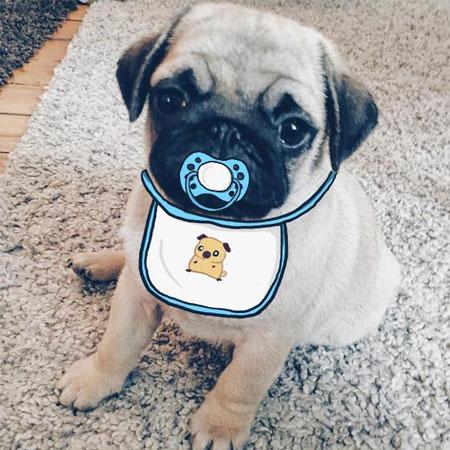 Many people think their dogs are their own little babies, and this is the perfect example! With his little bib and pacifier, he looks like the cutest puppy we’ve ever seen. His owner is really good at photoshopping these pictures! 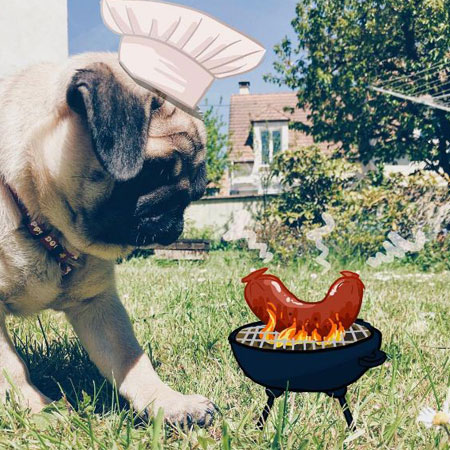 This sunny afternoon was perfect for a barbecue with friends; this lovely furry host is grilling his favorite sausages. That must have been a really entertaining day for them. Monsieur Georges, can we go to your next barbecue? 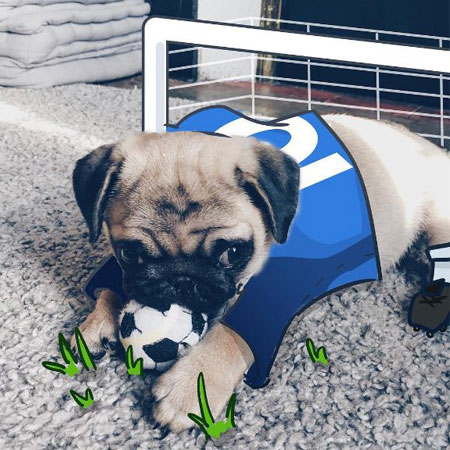 Cristiano Ronaldo and Messi should feel threatened by this pug. The rising soccer star is scoring way too many goals this season! This little one has no idea that his Instagram account is getting more and more followers each day. 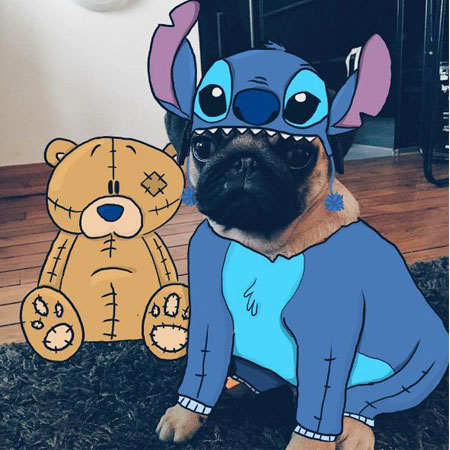 This Disney film was released in 2002, the story is about a little blue creature programmed to destroy everything on earth; this awesome movie became a huge success.  We have to admit Monsieur Georges looks even more adorable dressed as Stitch. 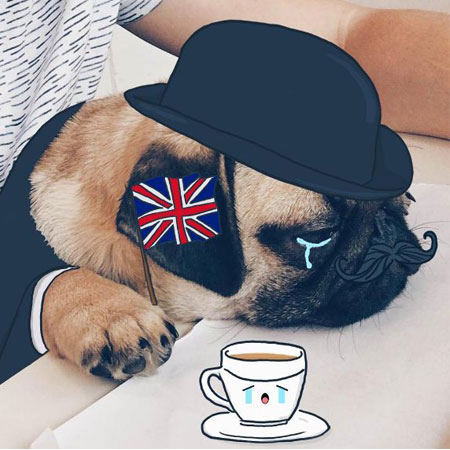 Traveling is one of the best experiences in life and Mr. Georges knows that very well. In this picture, he felt really sad when he remembered the great time he had in London. We hope you enjoyed these pictures and if you want to know more about this cute pug, you can follow his Instagram account @mr_georges_doodle.