Popeye the dog was once a starving stray who used to eat whatever he could find; now the fluffy foodie dines on the best food in town along with his owner Ivy Diep. “He was such a mess – super skinny, heavily matted, dirty,” said Diep.

“One of my friends, Jen, suggested that I create an Instagram account for Popeye because he was cute. Jen and I liked to go on what we call ‘Instagram dates’ and take pics of our food. I’d bring Popeye anytime I can, and we realized he was really good around food. He doesn’t lunge for food or really even care for it. He just liked to be out. He’ll get nibbles of anything that’s safe for him. I also carry a bag of treats for him, in case there’s nothing he can have.” 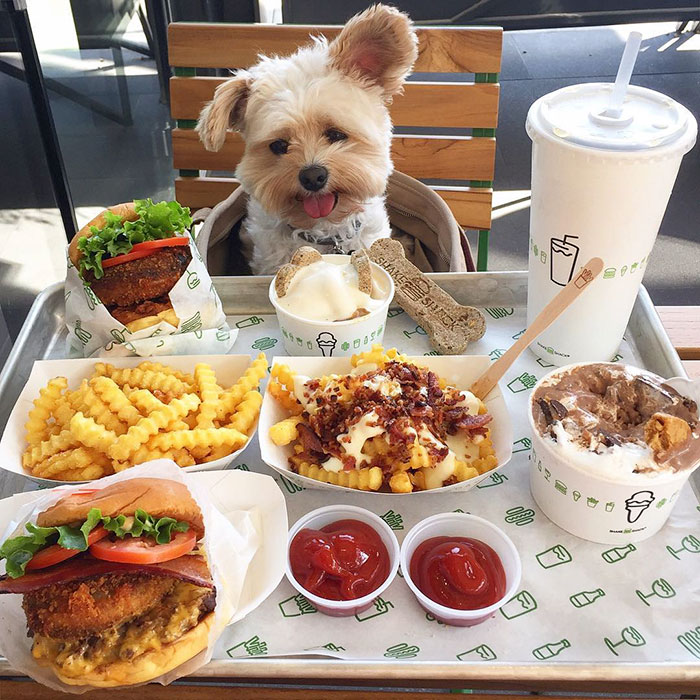 Owning a dog can help you if you’re feeling depressed, especially if you live by yourself. You can even talk to your dog and when you go out for walks with him,  you might even meet new people because of your dog! 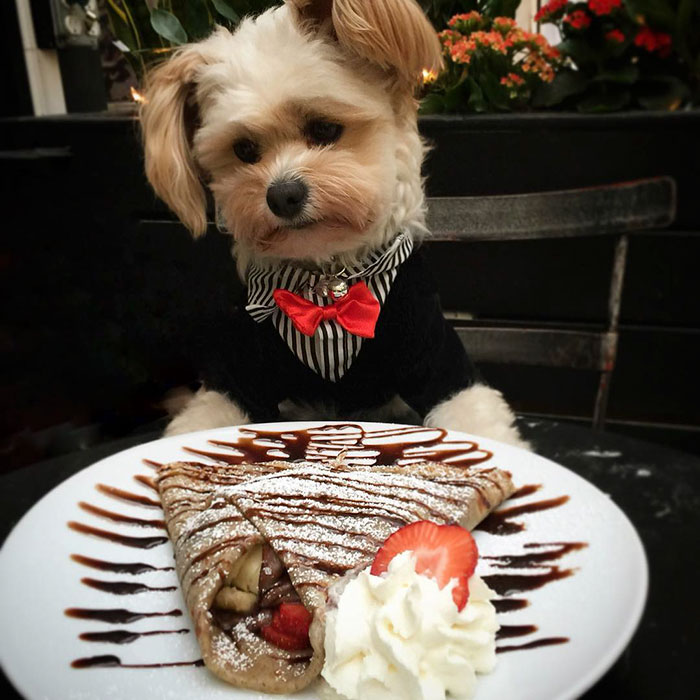 Your dog makes you happy. This is probably because whenever he sees you, he wags his tail like crazy, jumping around and making you feel happy after a very long and stressful day. 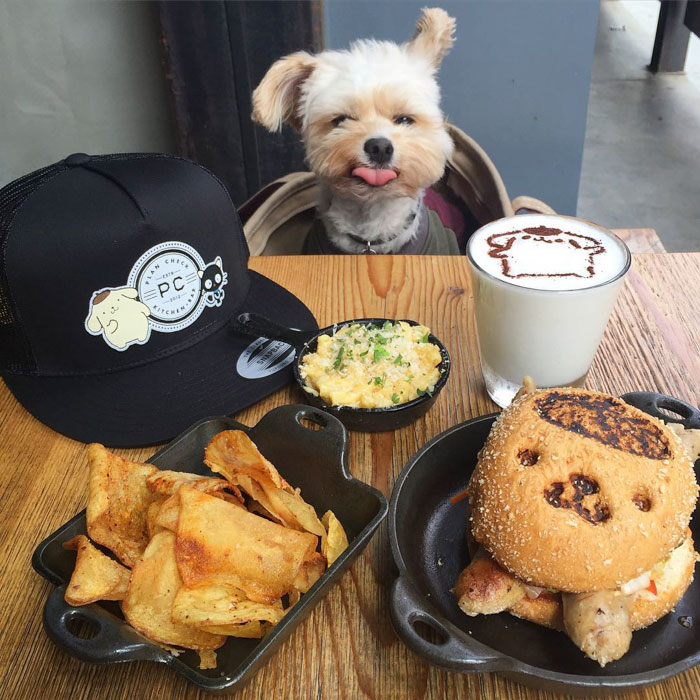 Dogs can help you keep that mental balance because being with them brings you joy and somehow they can help you adapt to different surroundings. Since you are in charge of them, they help you increase mental maturity. 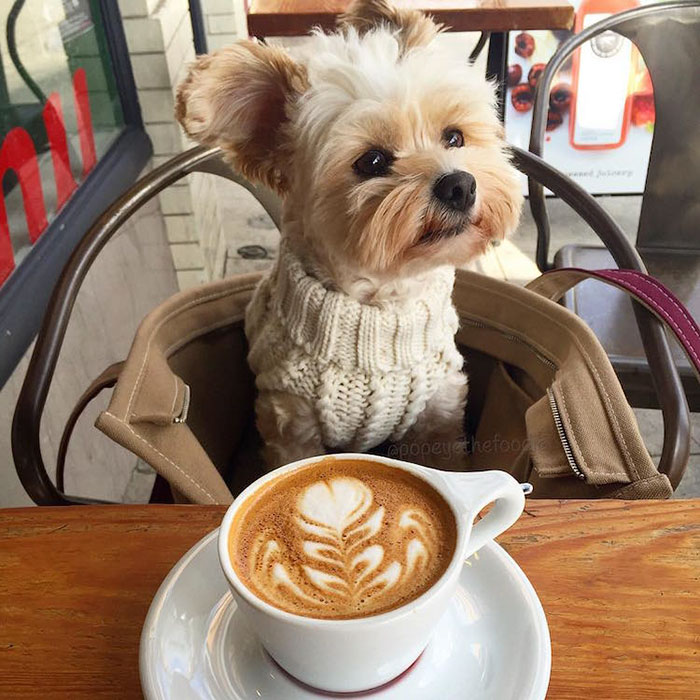 The love and closeness you share with your dog, helps you stay positive. Just by looking at them your body releases oxytocin, a chemical substance which makes you happy! 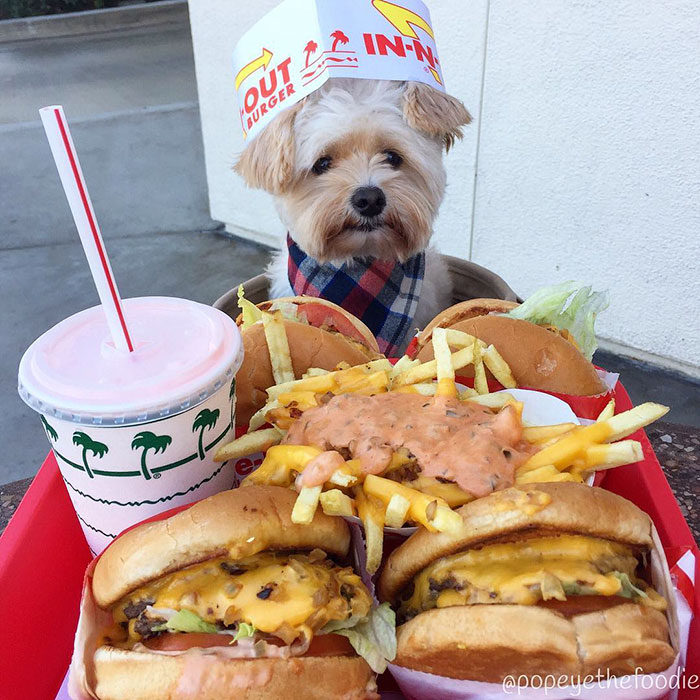 When you own a dog your anxiety levels decrease because of the sense of empathy they make you feel towards others.

Look at those ears! 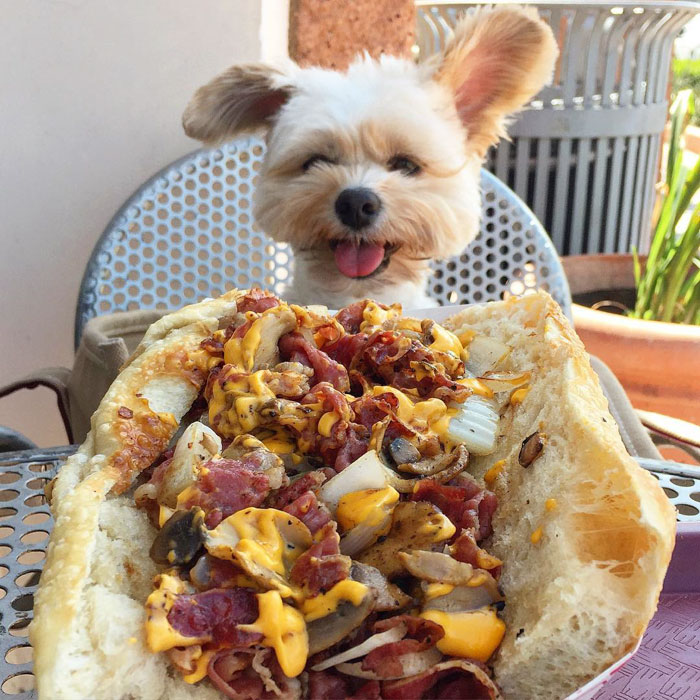 Dogs are considered man’s best friend because they are loyal, loving, good listeners and the best companions. Without a doubt, having a dog at home is the best thing that can happen to you.

Those French toasts look so good! 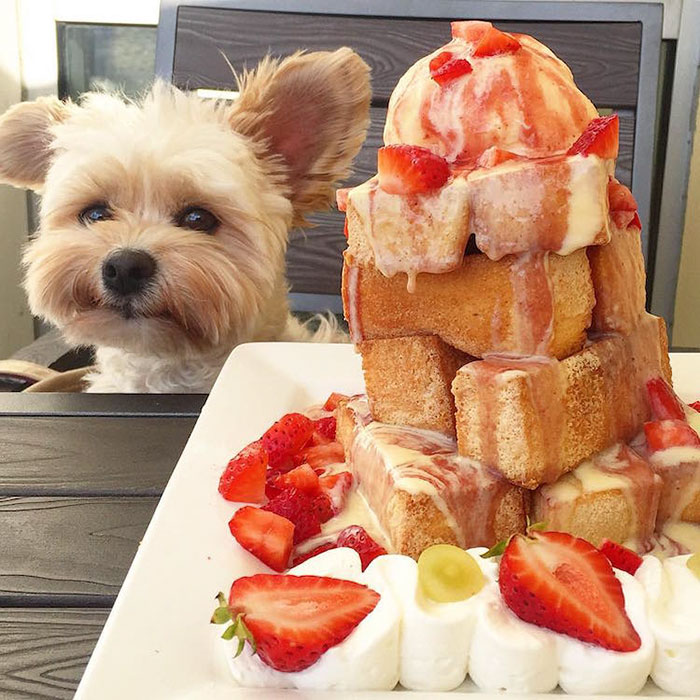 Dogs can be trained to detect food that you can possibly be allergic to. Just by sniffing your food they can save your life!

Popeye is so excited! 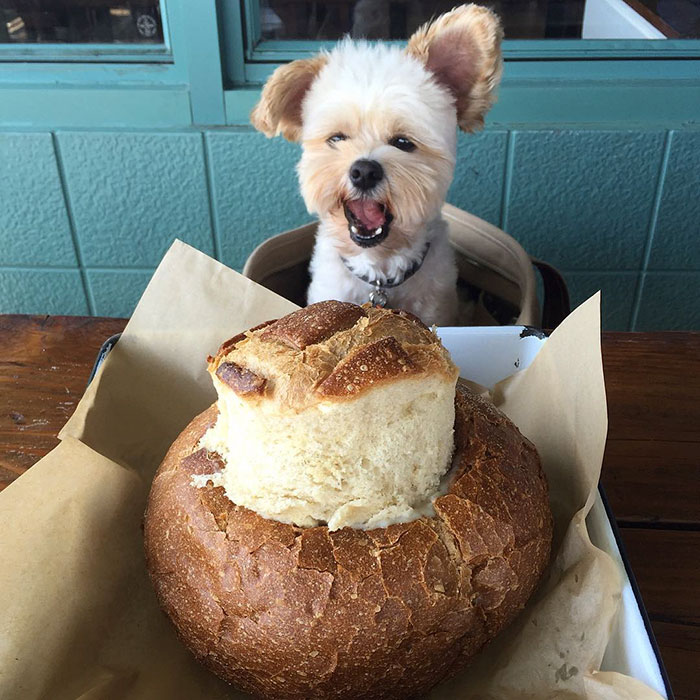 Whenever you're sad, playing around with your dog or just sharing a nice moment with him, can help you forget all your problems for a while. This will make you enjoy a real moment of happiness. 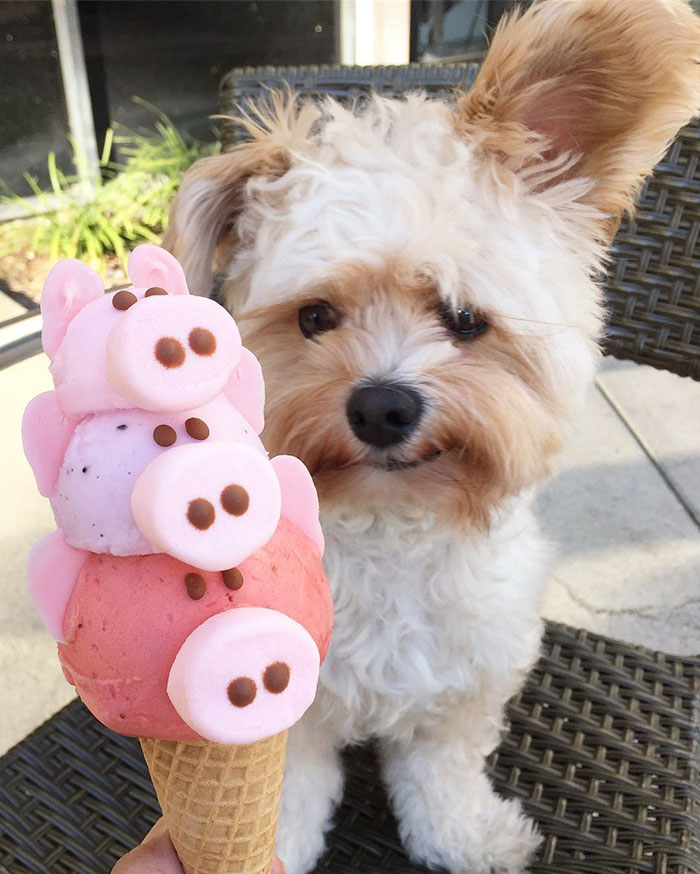 If you own a dog, that means that there are more bacterias in your home and you are more exposed to them. Believe or not, this makes your body stronger so you don’t get sick as often as someone who doesn’t own a dog. 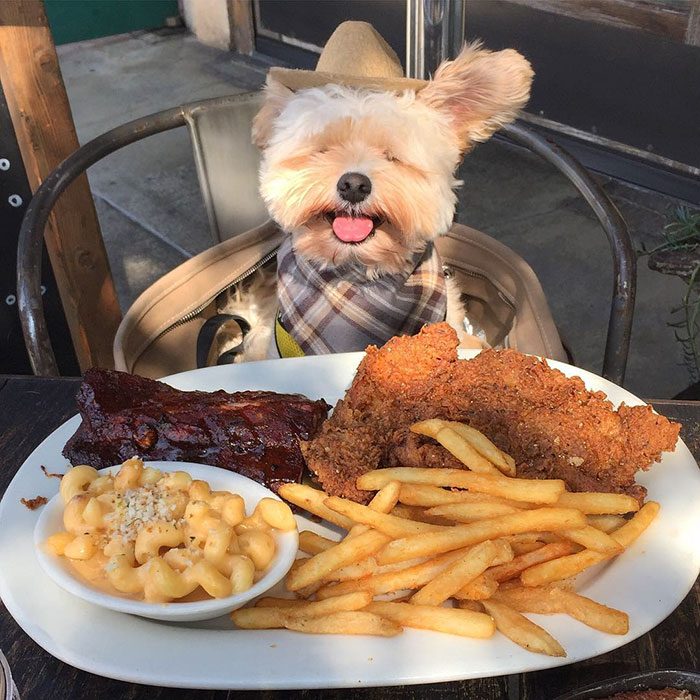 People who own a dog get to sleep better at night and get sick less frequently. Just by petting your dog, it slows down your heart rate and blood pressure.

He’s looking at that Ramen 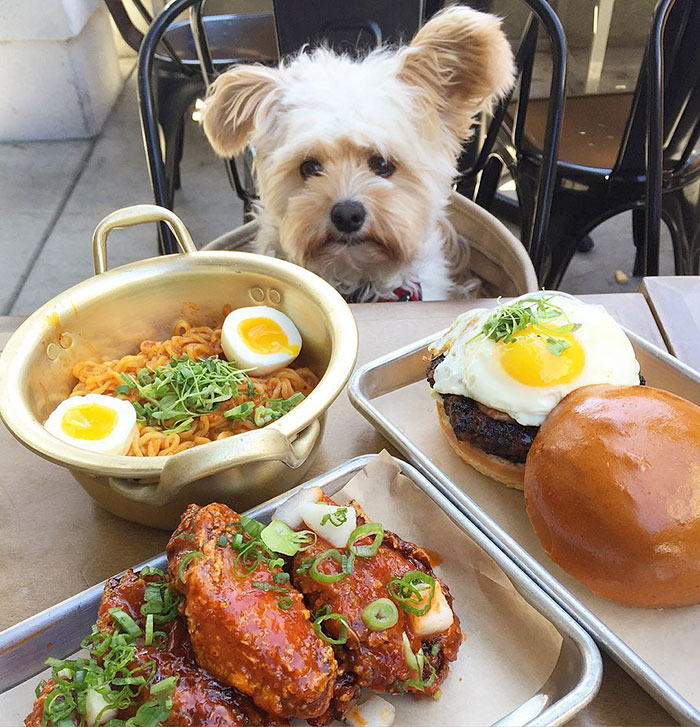 Your dog can tell when you are sad, and somehow they want to get closer to you to comfort you and make you feel better. It won’t matter if you just want to hug them all night. 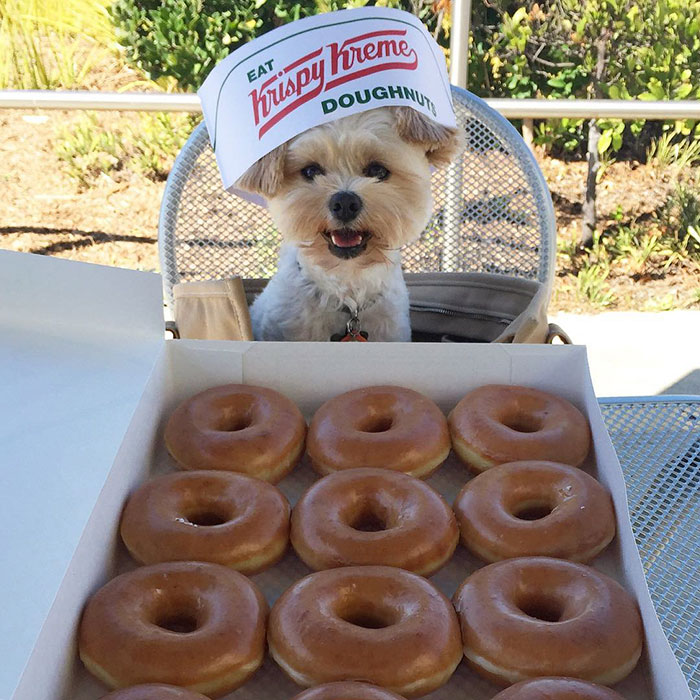 A dog will never judge you based on your hobbies or what you like, he will just be there for you at all times no matter what. He’ll always think of you as the greatest person on earth, and he'll feel nothing but unconditional love for you. 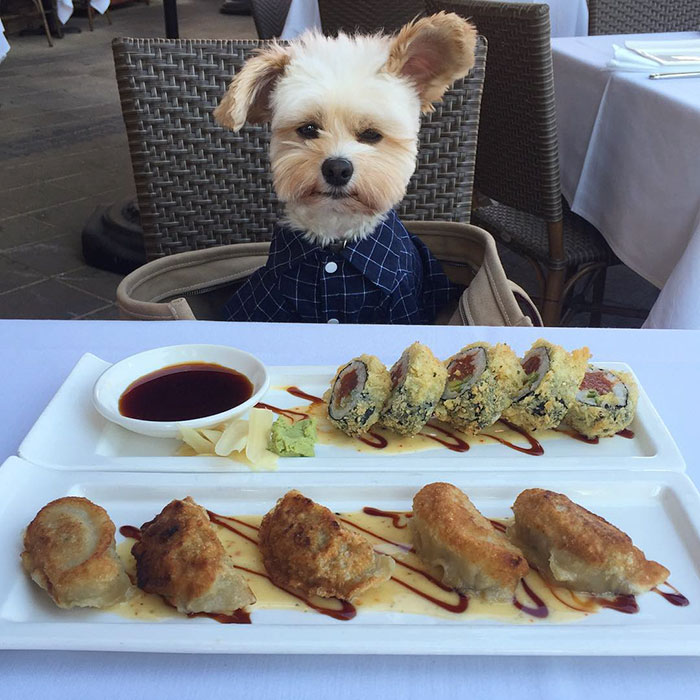 Your dog can be the best travel buddy you could ever wish for because he’ll always be up for anything, he’s going to be the best companion and won’t complain about your plans. 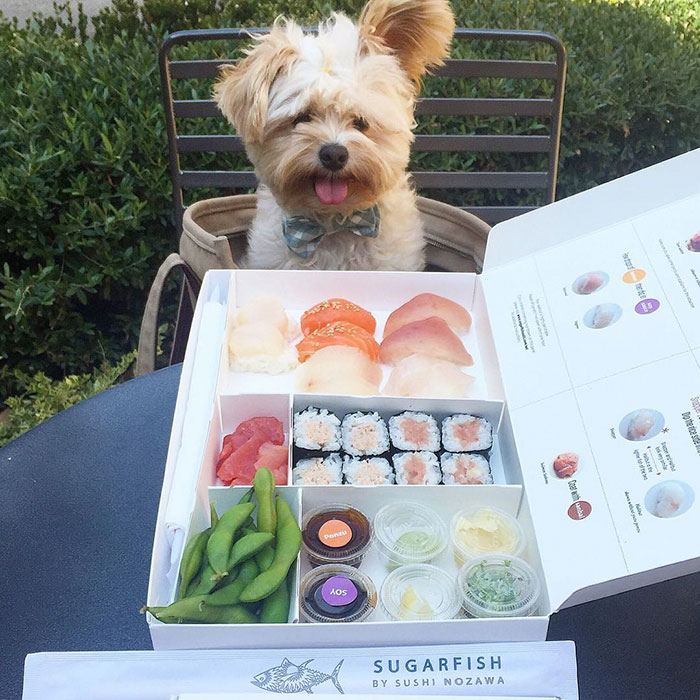 Since your dog has spent a lot of time with you, he knows when you’re feeling sad, angry or happy. He likes you just the way you are and he’s always paying attention to what you do.

Look at that burger! 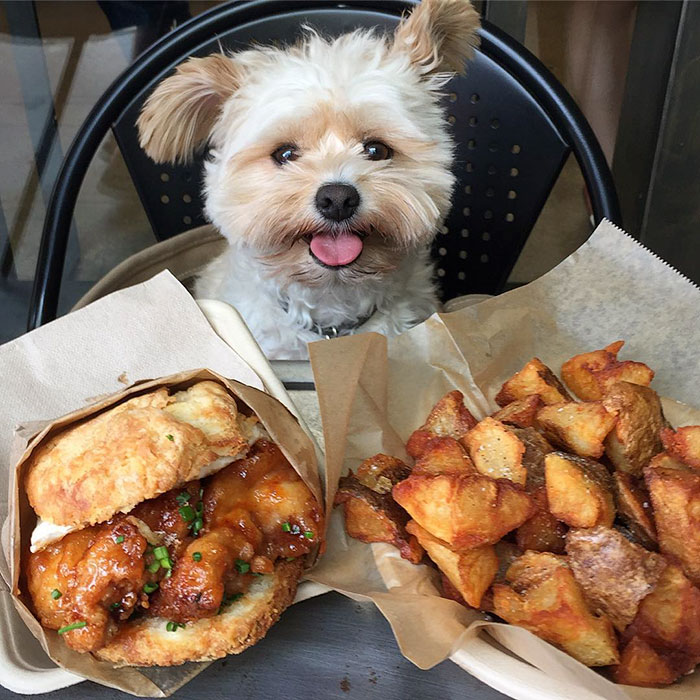 Just being with your dog can make you feel so at ease that they have the power to help you overcome a fear or traumatic experience. 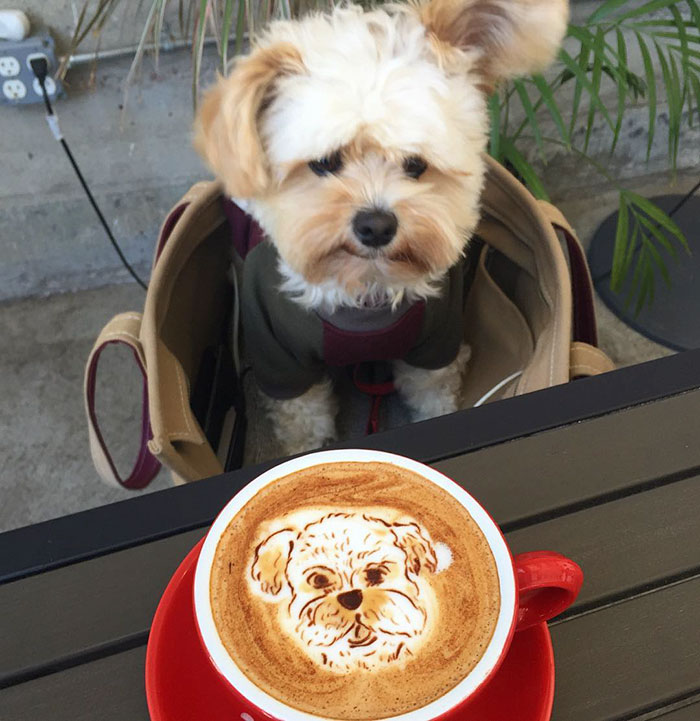 If you own a dog, you know that he’ll never judge you; he’ll take you just the way you are because to him you perfect so he definitely loves you.

His plaid shirt is way too adorable! 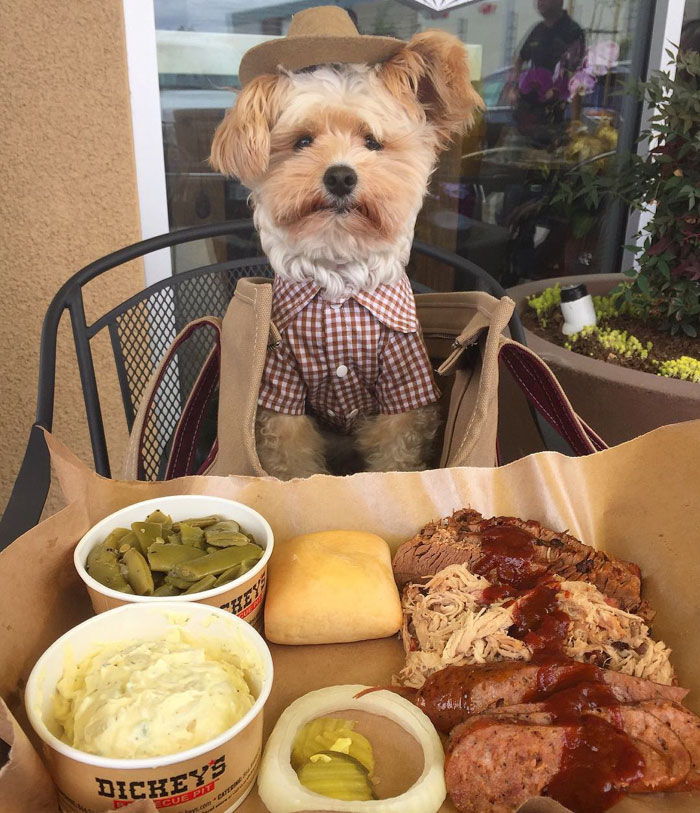 You’ll never have to eat by yourself. There’s no doubt about this, this is completely true! Your dog will always be there for you, especially during your meals. The only bad thing is, you’ll always have to share your food with him because, how can you resist those eyes? 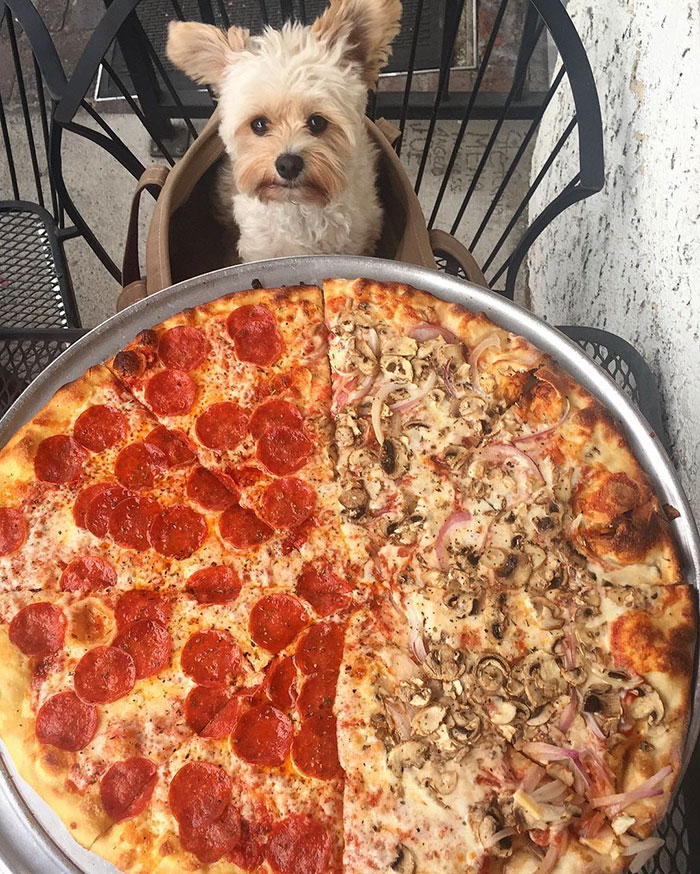 Dogs just love making other people happy. It’s almost like having your own personal happiness machine! 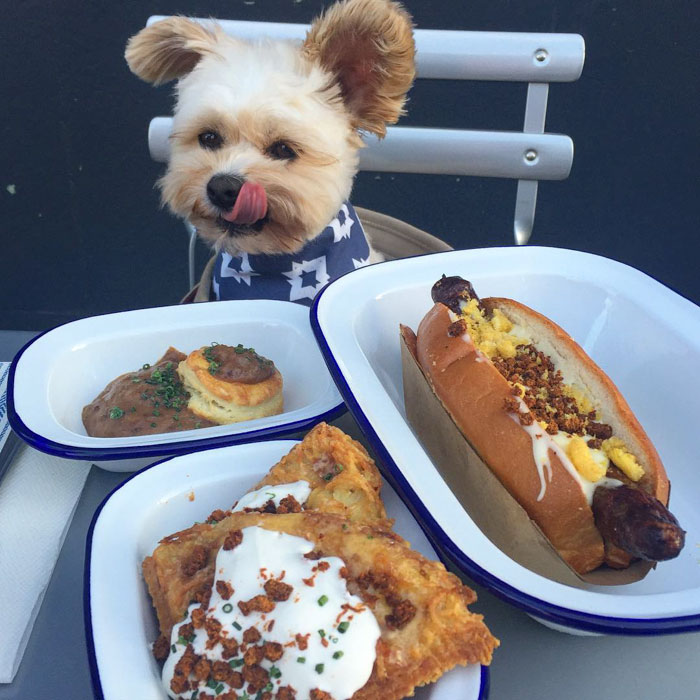 Someone who owns a dog will definitely work out more than people who don’t because you obviously have to go out for walks with him. 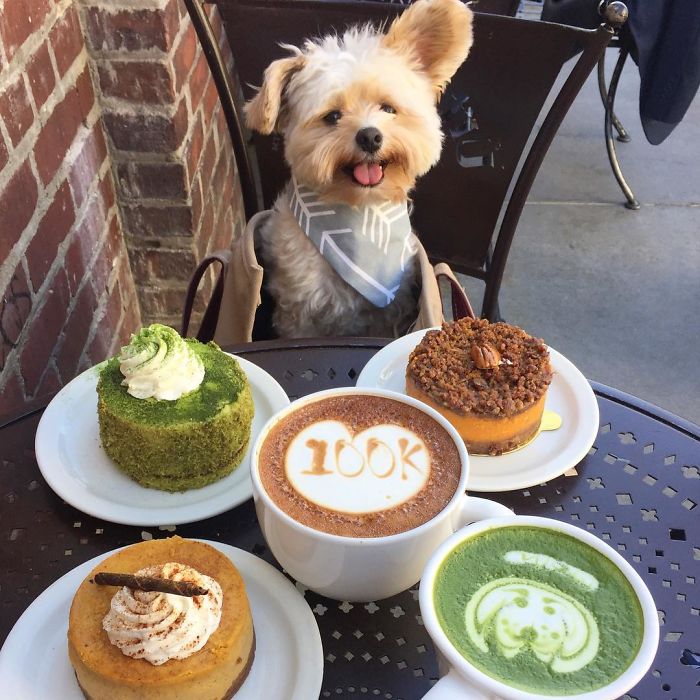 Your dog will be your companion through many stages in your life. During good times or bad times, there’s no doubt he’ll be the most loyal friend you’ll ever have. If you’d like to see more of his pictures follow him on his Instagram account @popeyethefoodie.