Instagram sensation Topher Brophy and his dog ‘son’ Rosenberg wear matching outfits and are taking men’s fashion to the next level. “People kept telling us we looked alike, ” Brophy told People’s magazine. “At first, we dressed in matching outfits as a joke… it clearly brought smiles to [people’s] faces.”

Brophy shared how over two years ago he was going through a difficult time and adopting a pooch turned his life upside down. They are just too adorable!

Look at those green eyes 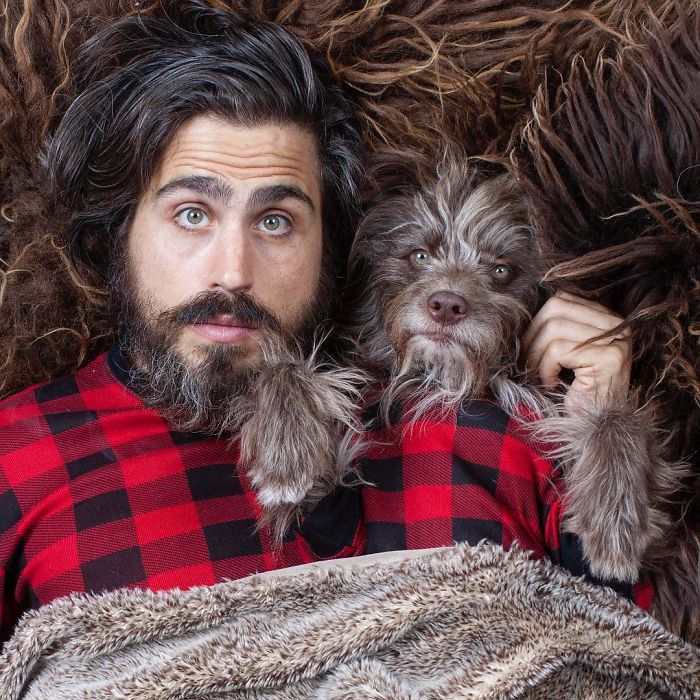 "Man's best friend" is a common phrase about domestic dogs, referring to their close relations, loyalty, and companionship with humans. The first recorded use of a related phrase is by Frederick the Great of Prussia. It was likely popularized by its use in a poem by Ogden Nash and has since become a common colloquialism. 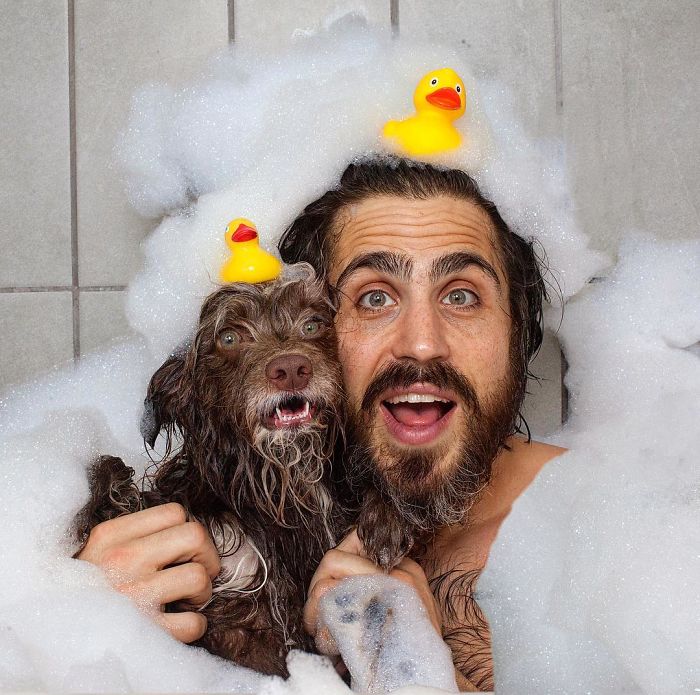 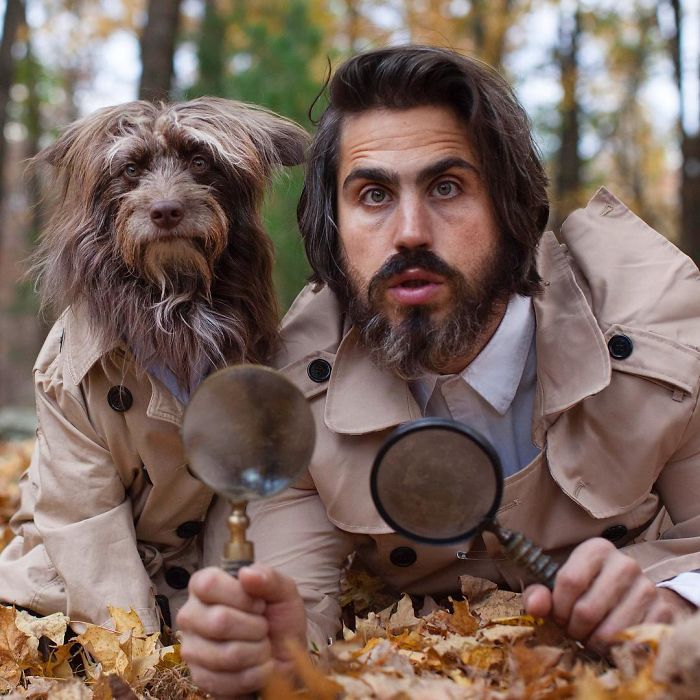 This working relationship eventually led to the evolution of dogs, though there is controversy as to the exact nature of that transition. Some say wolves evolved naturally into dogs, wherein the wolves that worked best with humans slowly began to assimilate and pass their domesticated genes down.

Others say that humans took wolf pups and raised them to be domesticated. Either way, humans and dogs formed a working relationship. 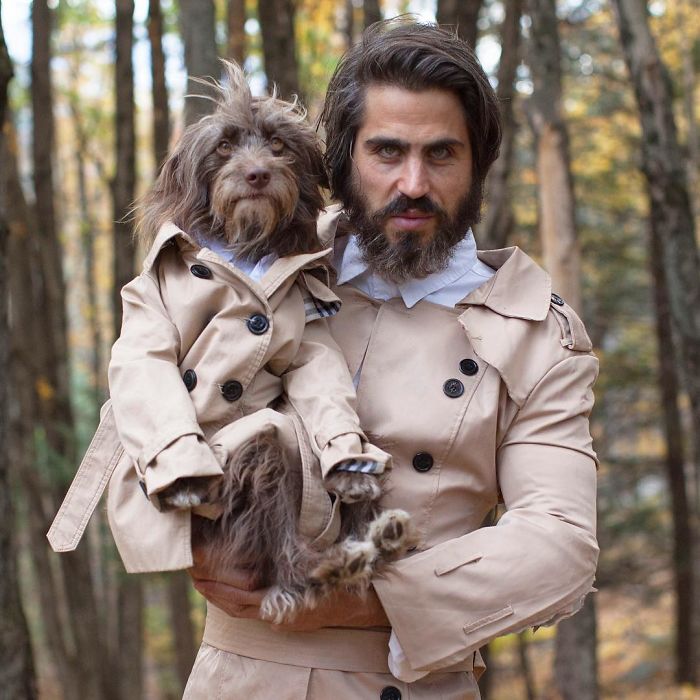 Through the ages, man has called dog one of his closest companions. He has also called him protector, helper, lifesaver, and provider. 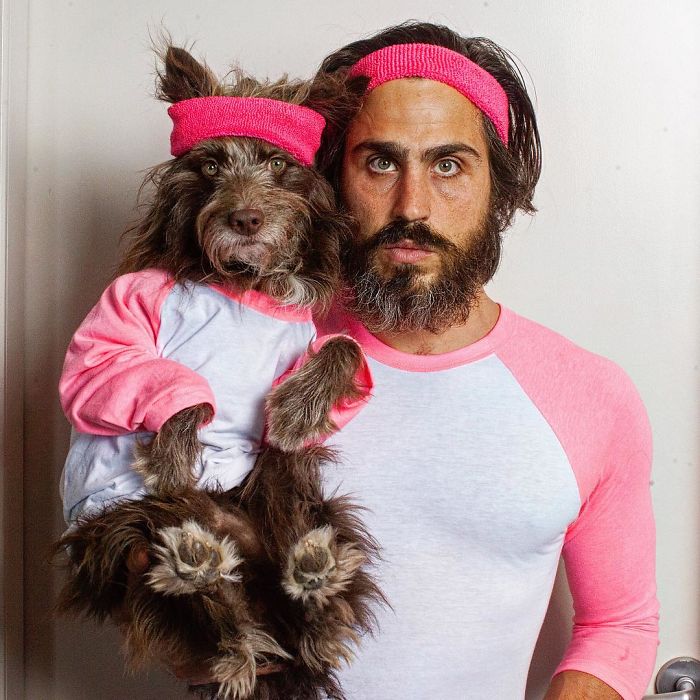 Dogs are an incredible friend to man because they have been there through the years, through any task and any challenge, but the relationship between dog and man goes a bit deeper (and older). 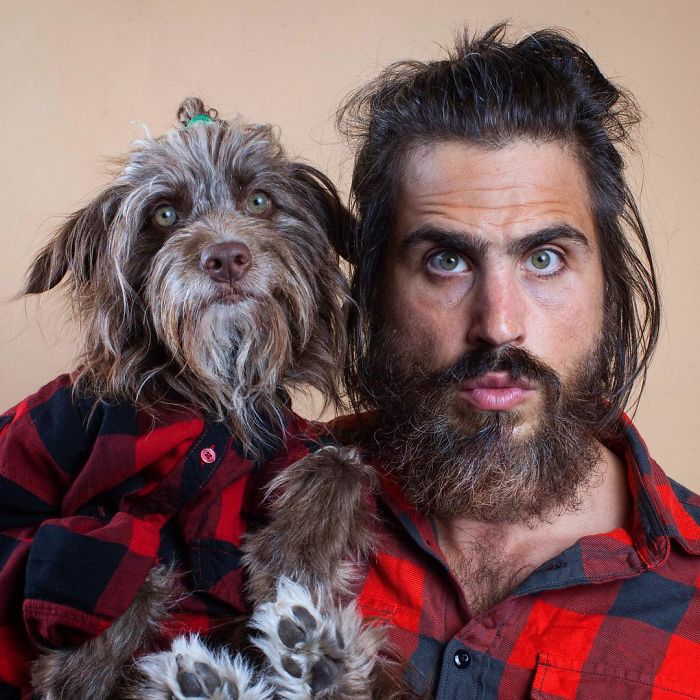 Having a dog at home gives us a listening ear, a warm paw to hold, and even strong legs to run beside. 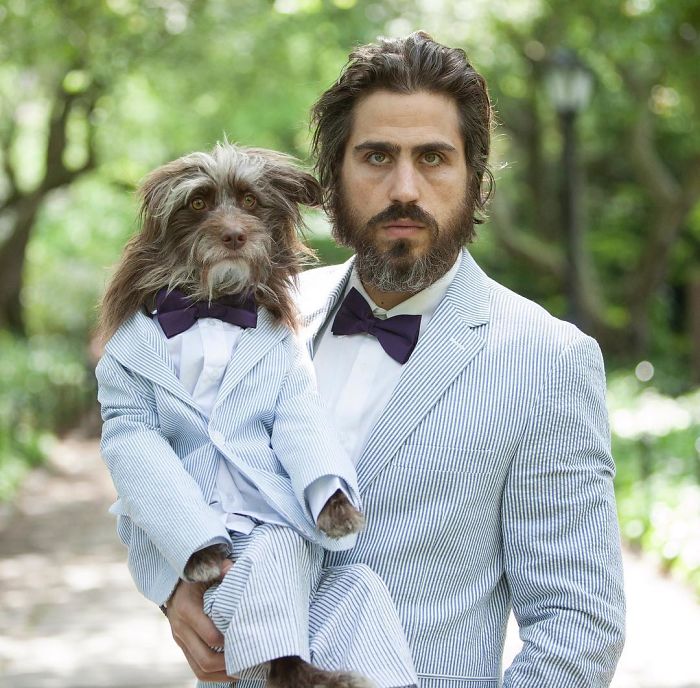 It is a symbiotic relationship, since dogs have been domesticated to a point where they need us to survive, and we tend to find that we need them almost as much. 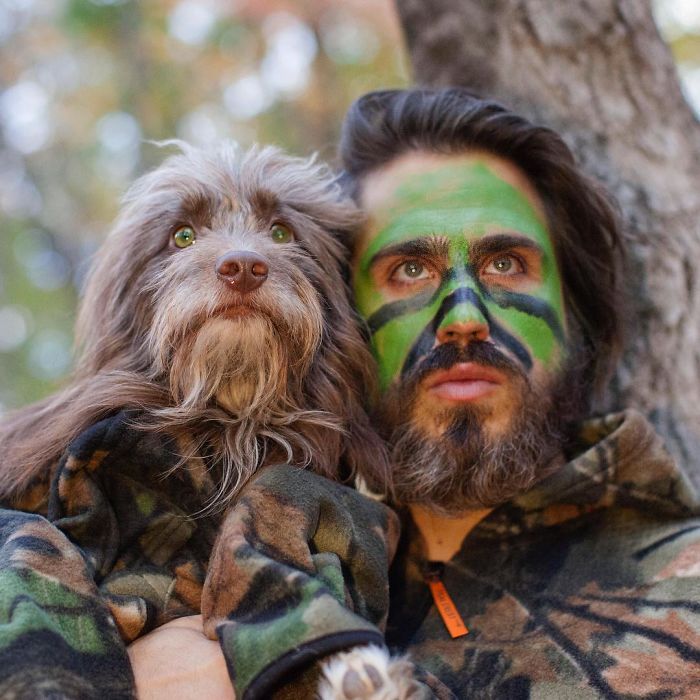 The dog-wolf similarity is significant to the meaning behind the phrase “dog’s are a man’s best friend.” 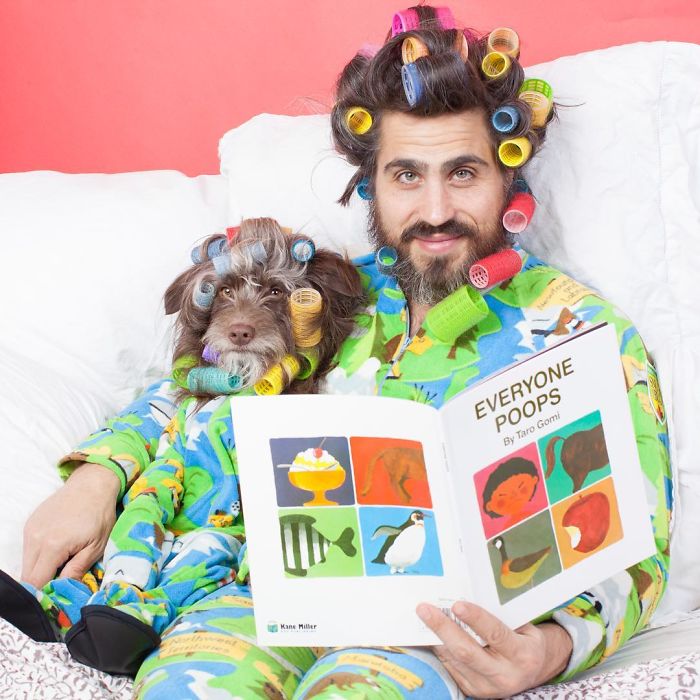 Dogs share 99% of their DNA with wolves, however, unlike wolves, dogs exude a sense of warmness to other dogs and humans that differs greatly from a wolf’s reaction to others. 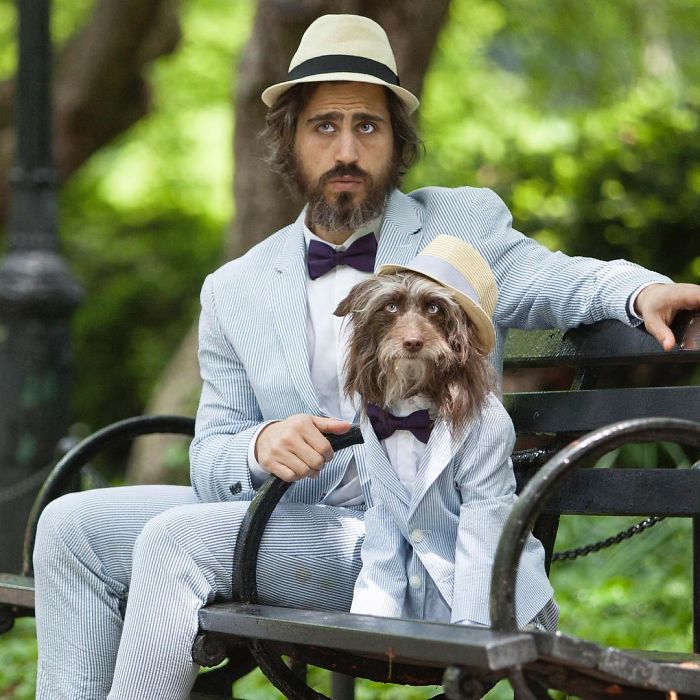 Dogs are, indeed, social pack animals who require attention, affection, and everything in between, making them a prime candidate for a man’s best friend. 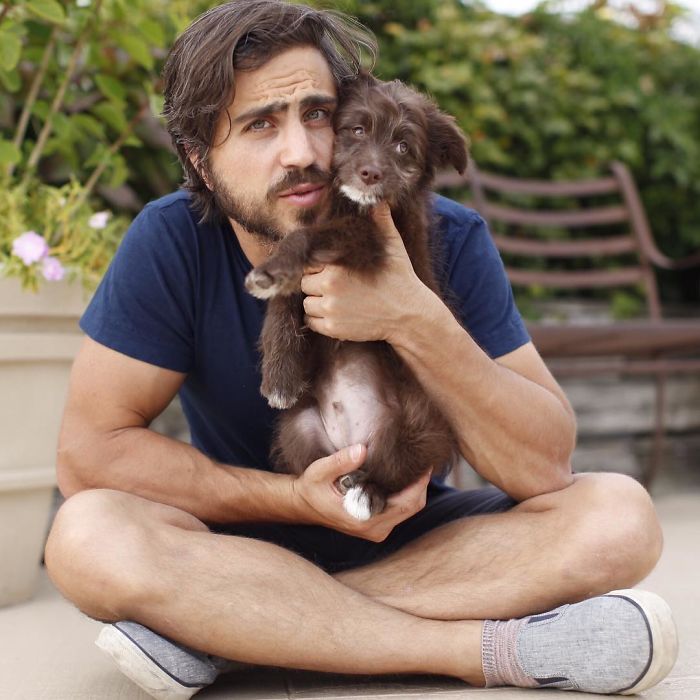 Dogs have proven themselves time and again to be loyal, kind, understanding, and have an indomitable spirit. 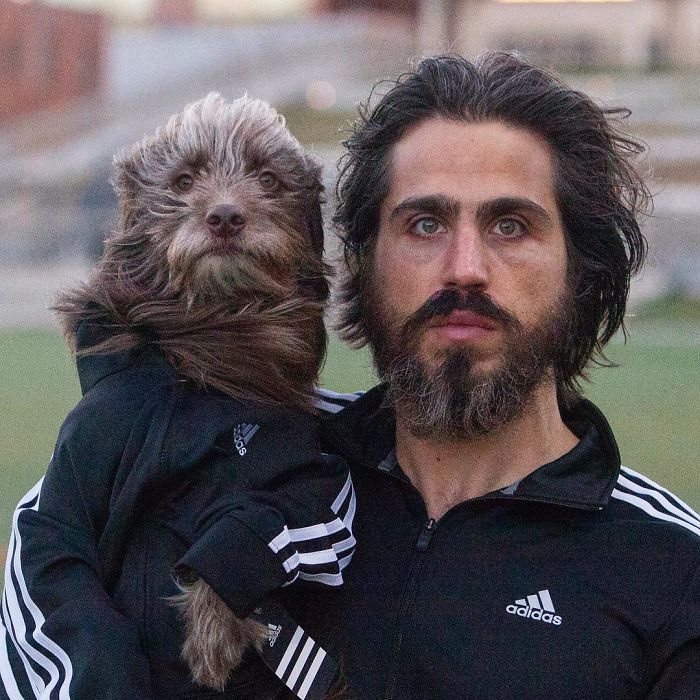 They are able to greet us happily after what may have been the worst day of our lives, and make us feel better with a wag of the tail and a playful grin. 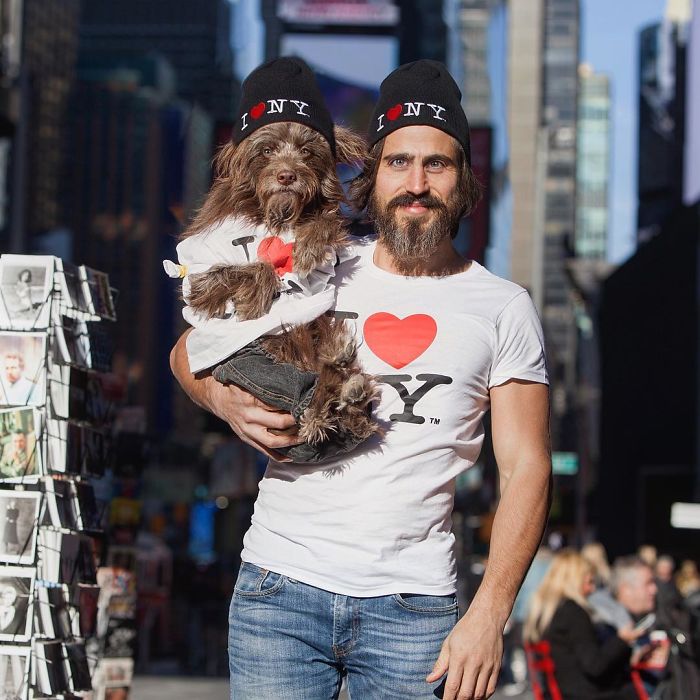 They are at our sides when we are sick, sad, and lonely. They love us even when we are grumpy, rude, or downright mean. Dogs are the ones who seem to understand us on a level even we cannot fathom.

They look so happy! 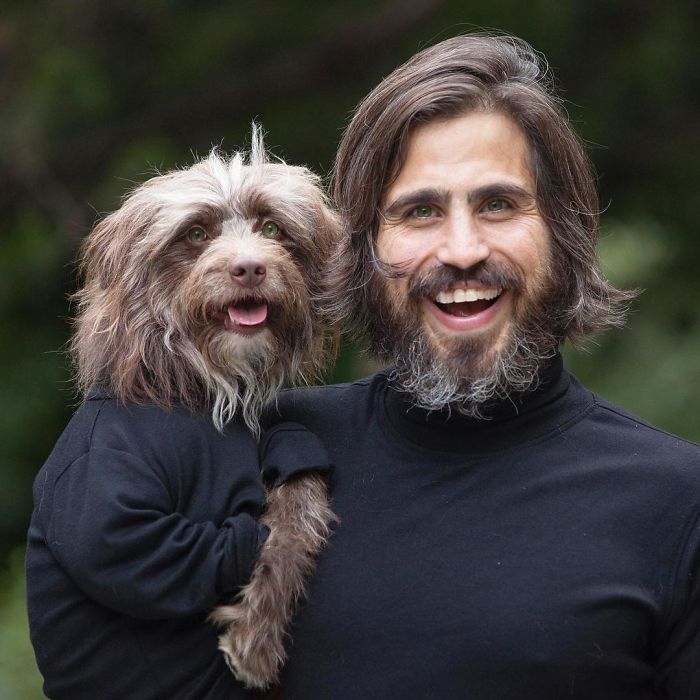 Whether as an assistant to a shepherd, a strong nose and swift feet for a hunter, eyes and ears for the blind and deaf, or simply a companion unlike any other, dogs help humans with day-to-day tasks, many of which may not be possible without them. 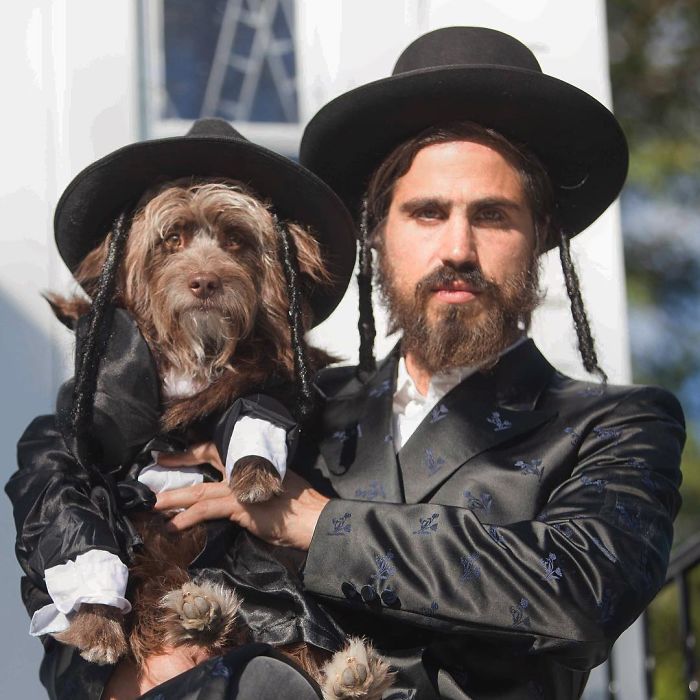 Dating back to the 16th century, dogs have served as service helpers for the blind, and by the 1970’s, the trend of training dogs for people with disabilities flourished. 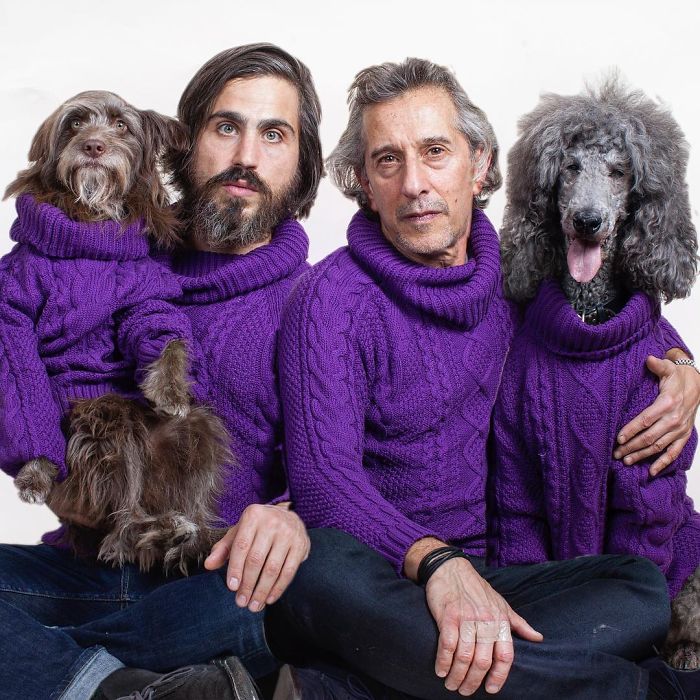 German Shepherds, a 2oo-year-old breed of dog, are most commonly seen as working dogs who serve as canine police all around the world. 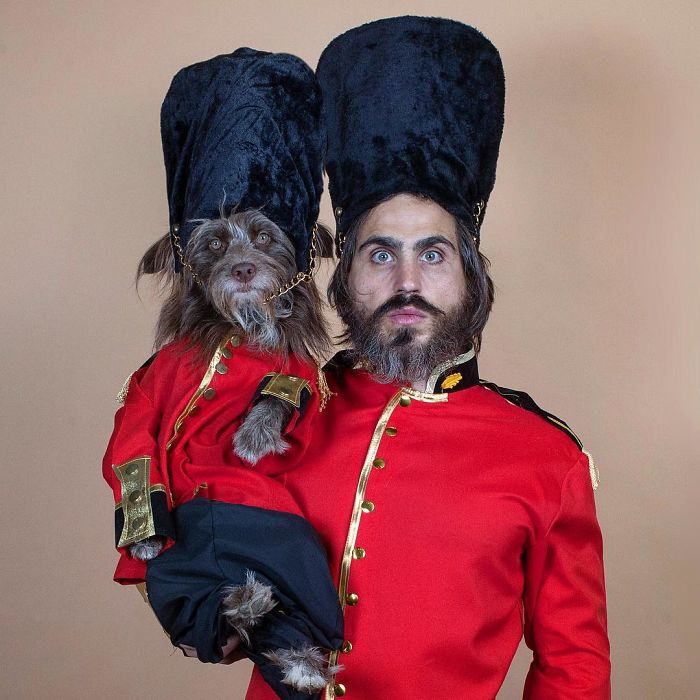 Dogs are extraordinarily attentive and have an uncanny ability to predict what their owners will do, whether getting the dog a meal or preparing to go on a walk. 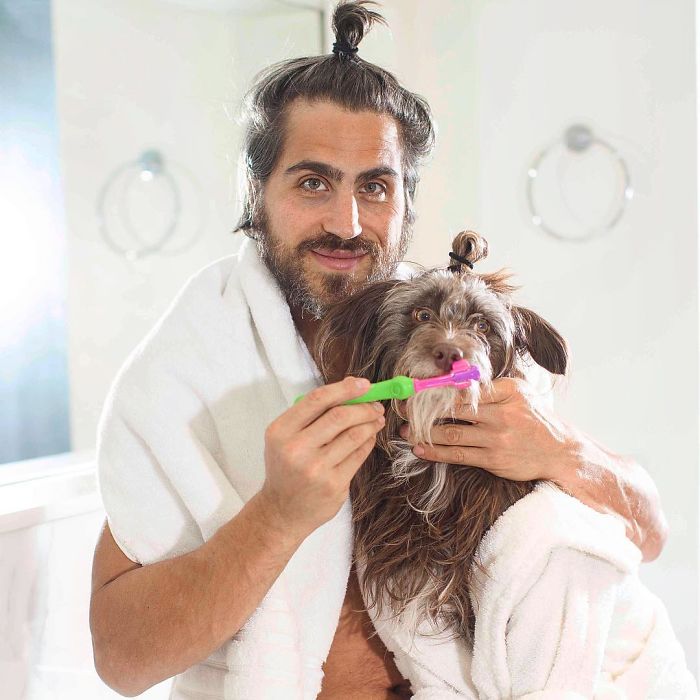 Experiments show that dogs and wolves can be astute readers of human body language using the direction of our gaze to locate hidden food a problem that is beyond chimps. 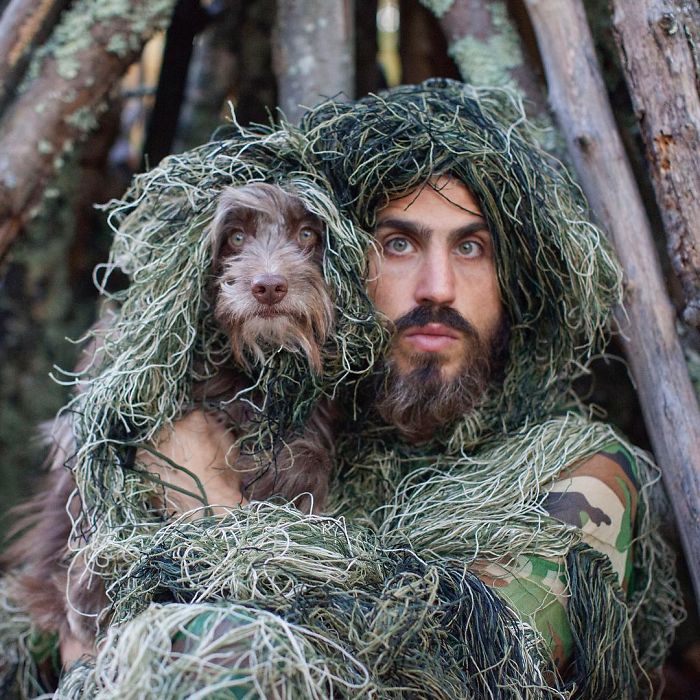 Dogs also seem attuned to the emotional state of their masters and express contrition when the owner is annoyed, for example.