Growing up with a dog is an amazing experience, especially when the bond between you and your dog extends through childhood to adolescence and adulthood. These four-legged friends have always been there for you: your first day at school, first heartbreak, applying to college…

In this list, you’ll find the best before and after pictures of dogs and their owners growing up. There’s no doubt that the owners and their pets make each other really happy! 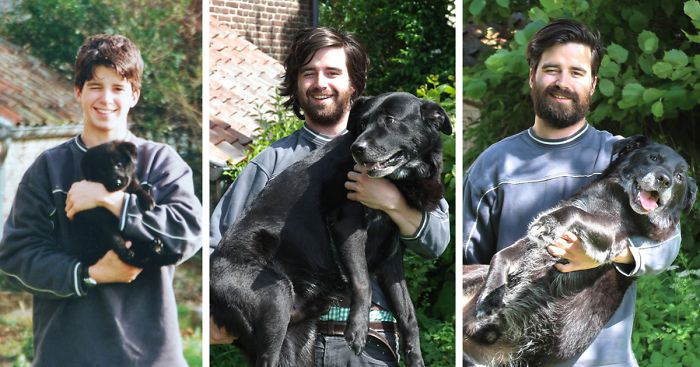 Source: Gordondel
As you enjoy the photos, we’ll share with interesting facts about shelter animals. Maybe you could consider adopting! Only 10% of the animals received by shelters have been spayed or neutered. Overpopulation, due to owners letting their pets accidentally or intentionally reproduce, sees millions of these “excess” animals killed annually.

The First And Last Night With My Pup. Rest In Peace 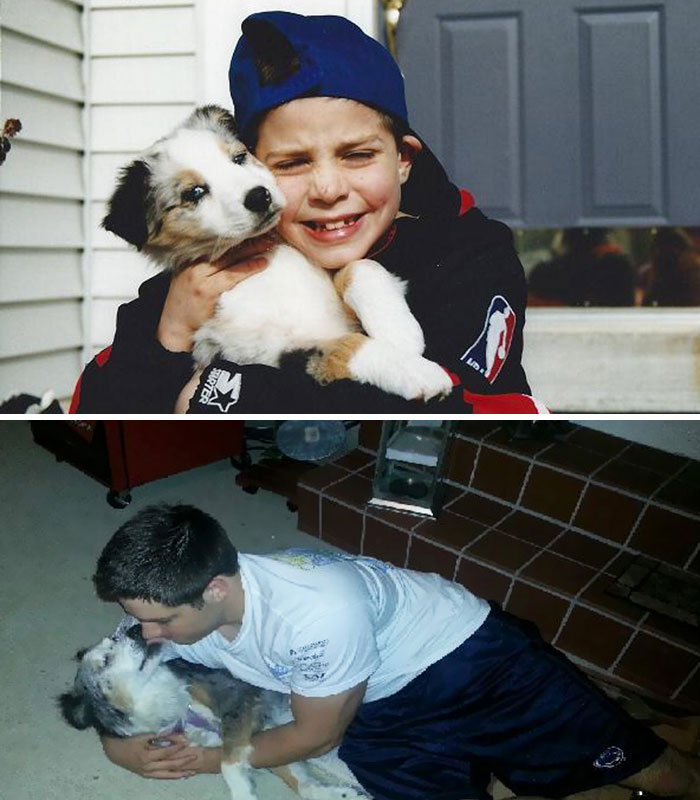 Source: Shakezillla
According to Bark Post, it costs taxpayers roughly 2 billion bones a year to round up, shelter and euthanize homeless animals. Wouldn’t you rather pay that tab with love and belly scratches? 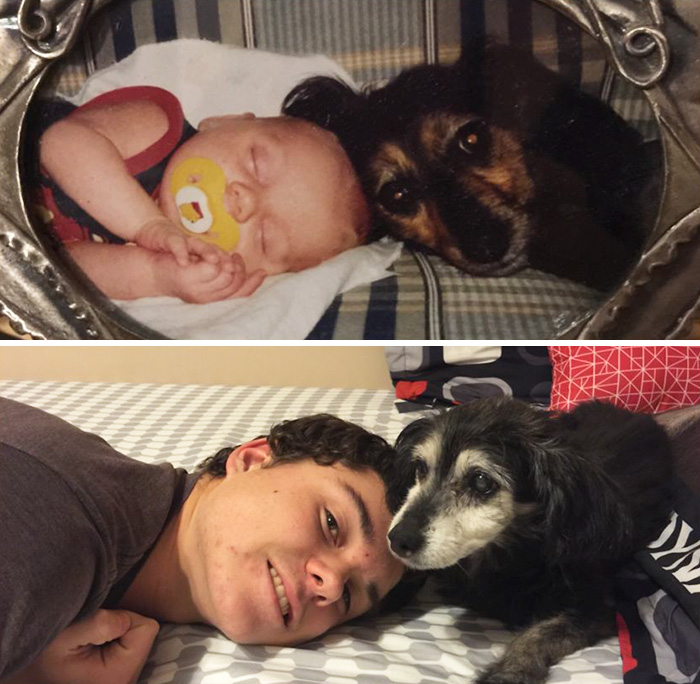 Source: Tracie Price
The main reasons animals are in shelters: owners give them up, or animal control finds them on the street. 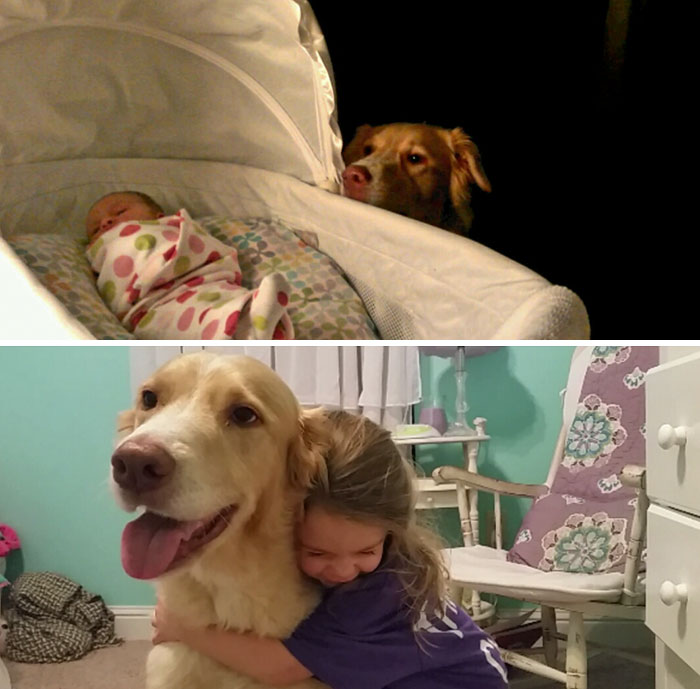