Amazing and Cool Dog House Ideas for your Pet

We love our little doggies. That’s why sometimes they just sleep with us, however, it’s best for them to have their own space, and this usually means they need a dog house. They need to have some privacy too, people!

Well, most of you are probably thinking: “they can sleep perfectly on the floor”. The thing is we don’t want them to do that. We love them as if they were a big part of our family. That’s why we buy and do everything to make them happy. From little treats to houses so they can sleep, or even drink their water. Here, we are going to show you some of the best dog houses.

Classic wooden house with a twist 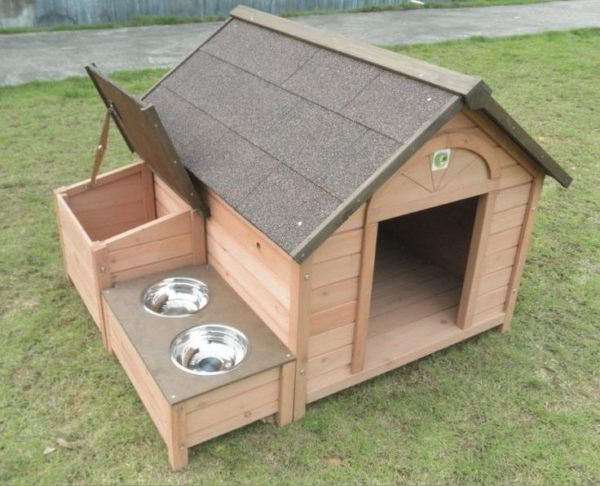 Google.
Wooden, comfortable and it even has two little water bowls. Cute little dog house, we can’t deny we all want something like this for our pet!

It has a room inside with real windows! 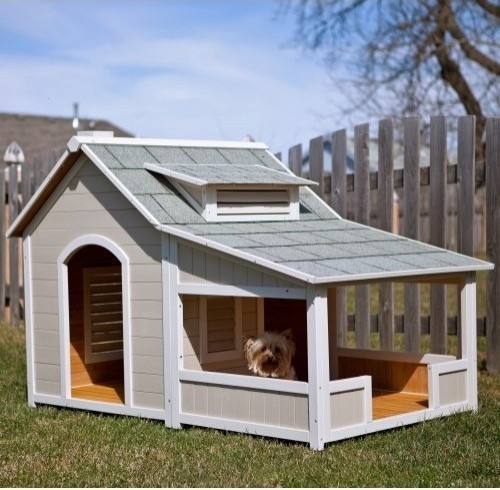 Google.
Luxury French dog house! Take a look at this one. That little dog looks so comfortable in its own place. So, like: “ok, people picture it, it’s quite cool”. LOL. He can even enjoy the nature that’s around him.

A doggie mansion for a spoiled dog 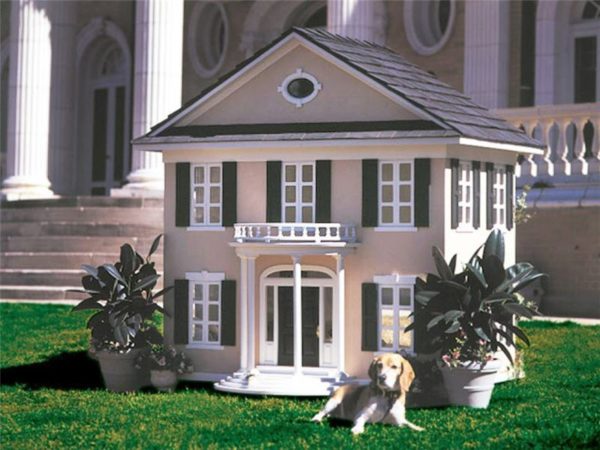 Google.
Do you remember Reese Witherspoon in “Legally Blonde”? Well, this is the best representation of that character. It’s the funniest thing I’ve ever seen. It looks like this dog is part of a royal family. As we can see there are also columns in the big real house so it seems to be a real copy of the family house but in the dog’s size! Amazing, right? 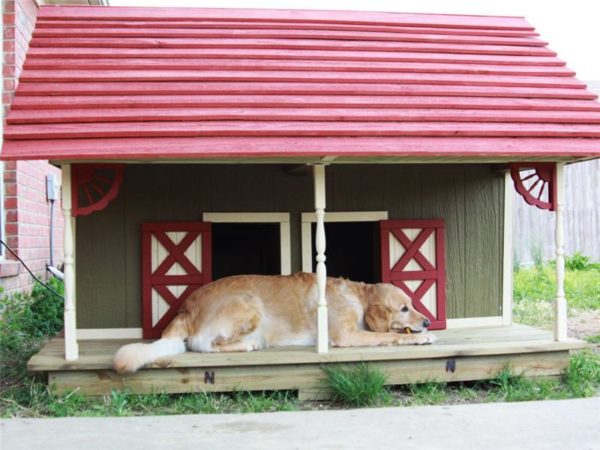 Google.
It would almost seem like this house is not big enough for this doggie, but it actually is (those are the windows!). This dog enjoys a house that has a super nice shaded porch. I wish I had one too! 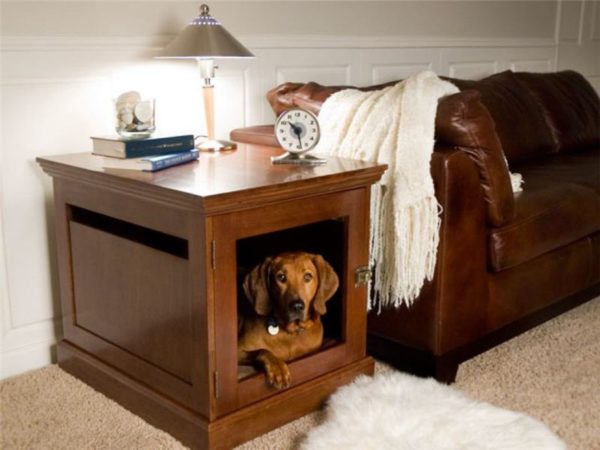 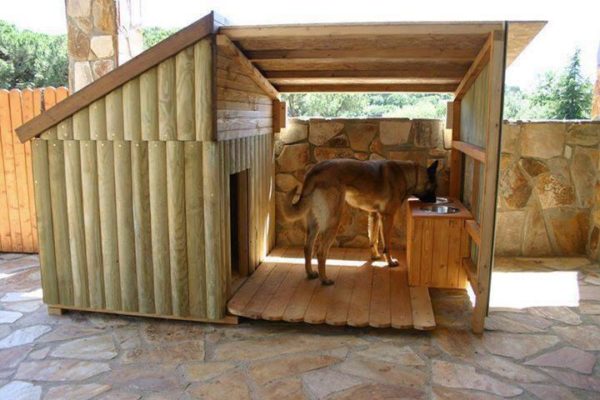 Google.
This one’s the other way around, there are some big breeds that have back problems so it’s difficult for them when it comes to bending over to eat or drink form their little plates. Boxers are one of the most common dogs that suffer from these, so I strongly feel like this one’s one of the best options, bring them their food closer! 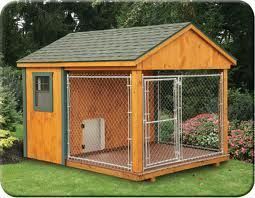 Google.
I'm not sure if I like this one - it's good that it was its own enclosed space, but it really looks like a jail cell. I guess if it's a small dog and if he will stay in the enclosed space for short periods of time it would be okay - but for a big dog, it's not a big enough space. 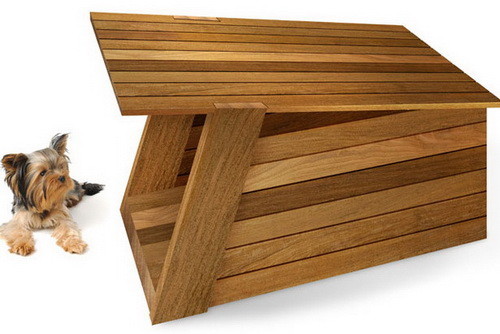 Google.
This one’s just something to put in your room if you don’t want them to be on your bed. It definitely looks like furniture. You can even attach it to your bed or wardrobe and it’s ready! Perfect for detachments. Your doggie will sleep near you but not in your bed, so it's a win-win. 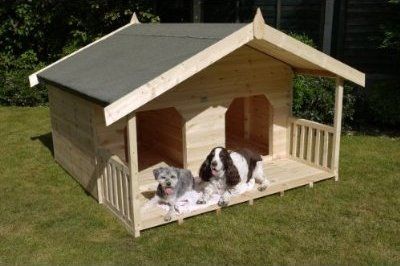 Google.
If you don’t have just one dog, this is the best solution. It is like a regular dog’s house but with a partition in the middle so it has space for two. Each of them have the same space and everyone's happy! 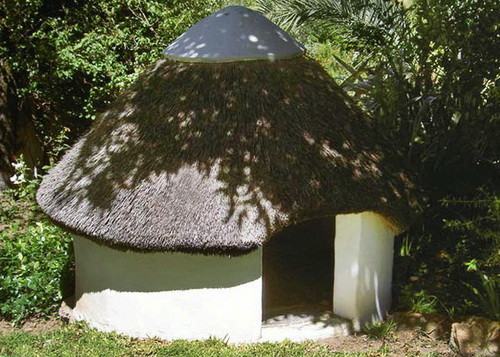 Google.
Modern dog’s house. This one something like a big hut, like those tropical huts but for dogs. I simply love it; it looks really cute! 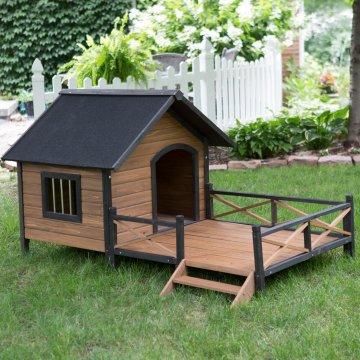 Google.
This one looks like a fine place for your doggie to sleep in. The black details give it a cool, modern look and that balcony is neat. Pretty cool, don’t you think? 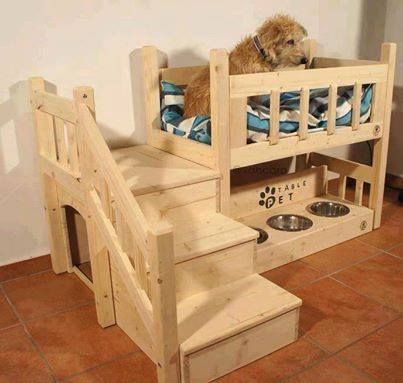 Google.
Look at this one! It has 3 little bowls. It also has two stories, which means the doggie can go up to sleep, but it also has space at the bottom where the dog can lounge. It would even work for multiple dogs! This is also good design. 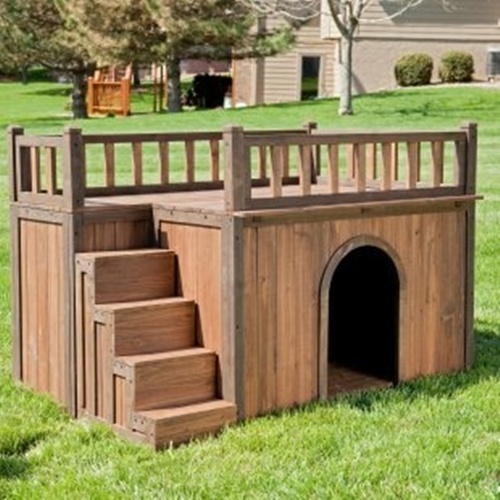 Google.
This one is a little fort for your garden. It has a little place where your dog can also be inside and rest from the sun. However, it was thought as a dog terrace! They also enjoy the sun so this is one could be a good place to take a nap while enjoying the sun. 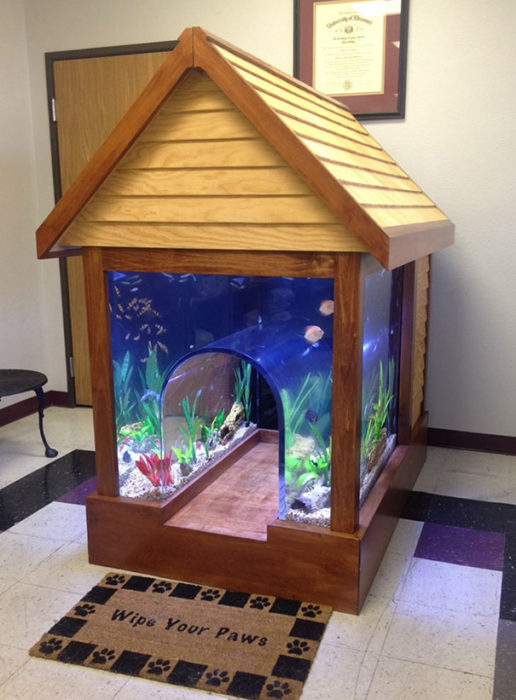 Google.
Could you imagine that your dog’s house could have a great aquarium inside? Well, if you didn’t look at this great idea. I think it is one of the coolest dog houses around. 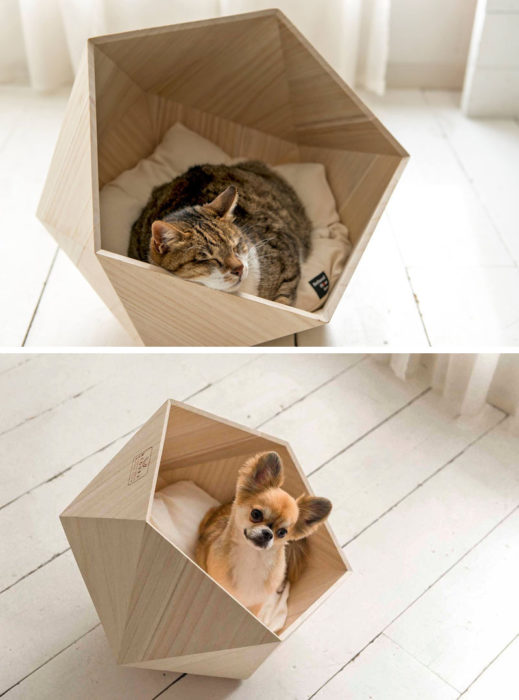 Google.
The indie cool new geometric housing ideas. I mean, if there were different styles in dog’s lives I would say these doggies are the coolest dogs in the whole world. Look at those new age geometrical houses. Not sure if they are really comfortable but they definitely are the coolest looking. 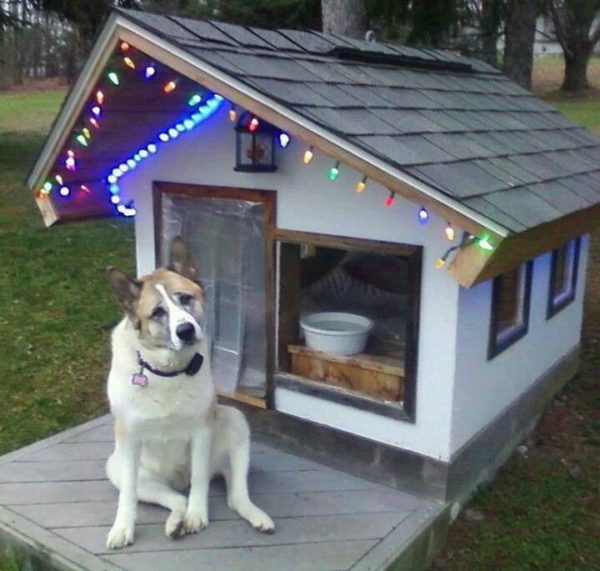 Google.
Why not decorate your dog’s house too? I mean it is Christmas for them too. You should have in mind that they usually are afraid of fireworks so these are their “safe places” when loud noises appear. Help them having a sweet and holy Christmas! 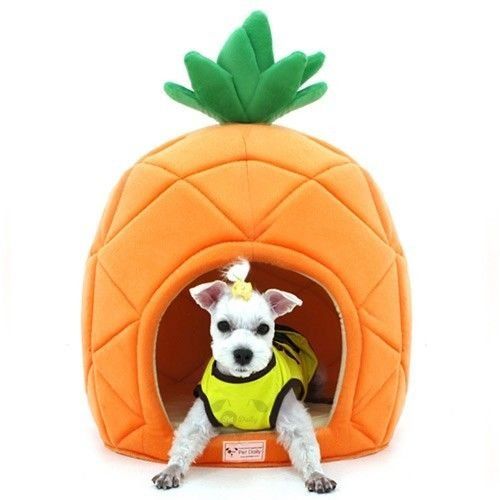 Google.
This one is so cute I can’t even describe it! It's definitely for very small breeds and dogs only, but it's ADORABLE. That little space looks quite comforting; it definitely looks softer than the luxurious one not to bring up it’s cool colors!

For cool little ones! 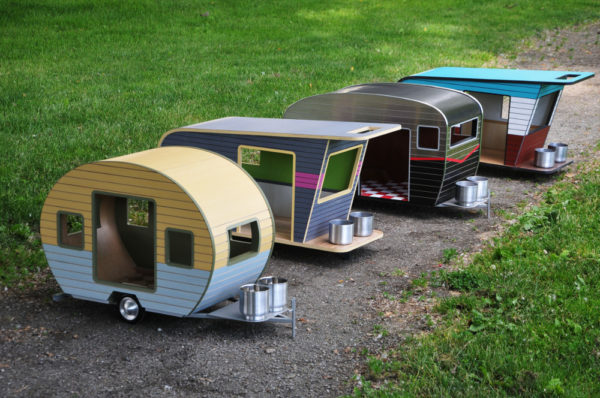 Google.
OMG! This can’t be real. I love them! I even want one for myself. Well, I’m exaggerating a little bit. However, I feel like it’s the coolest thing ever for your dog to have. These are super cool and seems like they are super comfortable.

Google.
Girly, fuchsia, great thing for your dog to play with. It’s a cool labyrinth to place wherever you like. It’s stylish so it’s not difficult to decide where to put it. 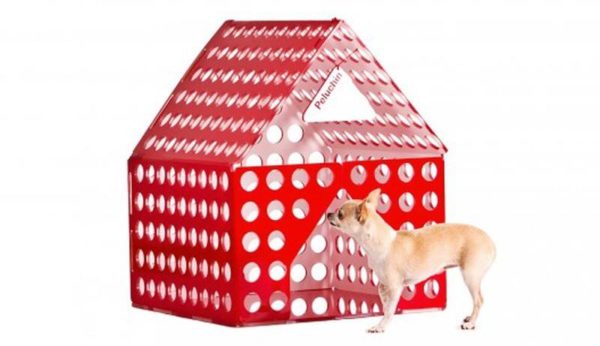 Google.
The cool thing about plastic is that you can move it from one place to another quite easily. It’s better to use bright colors. Yellow, red or green are great options for this house.
Compartir este artículo
Mundo.com